What Channel is CNN on DIRECTV? 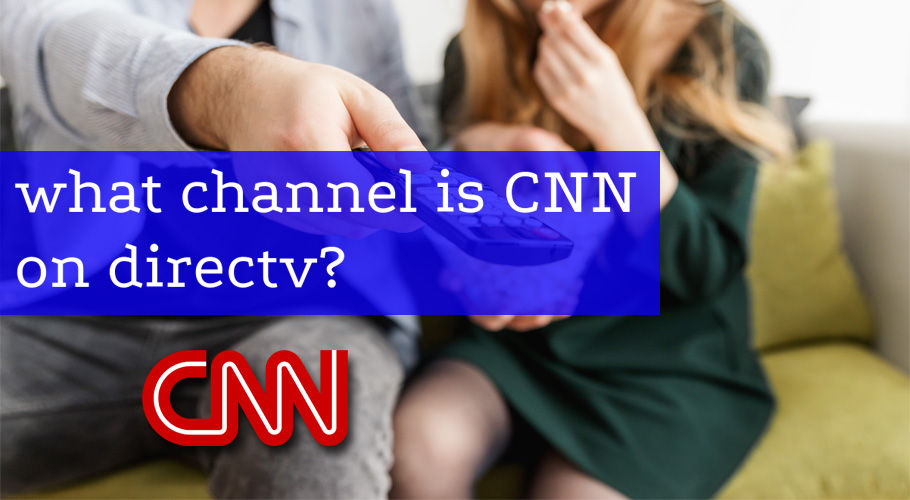 Time has changed and so has the old adage. Curiosity doesn’t harm anyone, anymore. In fact, what it really does is that it helps us stay acquainted with the latest in current affairs and all that’s going on in the world around us. Curiosity can unlock great achievements for you. Sometimes, it can help you figure out what may have led to black hole’s formation in space, while sometimes it makes you grab your remote control and jump to channel 202 on your DIRECTV. Because, at the end of the day, nothing tames a curious mind more than a reliable news source.

And, when it comes to news, for Americans the news-based pay TV channel CNN is 3rd in the line of go-to networks – right behind FOX News and MSNBC – with 90.1 million subscriptions. The network is by no means restricted to the U.S. CNN International is available for viewing in 212 countries worldwide too.

Since being founded in 1980, Ted Turner’s CNN revolutionized the news industry one way or the other – perhaps more so because it was the first 24-hour all-news American channel. In spite of criticism of its rather dramatic coverage of news, which is thought to border on being over-played, and its deliberate effort to come across as non-biased, fact is CNN is a household name in the U.S.

Critiques could disagree with how CNN came to draw mass attention to everyday news but the ground reality is that CNN did become audiences’ favorite with its ‘Emergency Room’ approach, drawing in more and more people who would tune in and watch the breaking coverage of fresh news alerts. Thus, setting off the news industry on the path of mass popularity.

CNN – Keeping You in Touch with the Latest around You

For the masses in America, who prefer staying in touch with the latest in current affairs, both international and local, CNN is definitely a frequent stop-over. From Live coverage of major global events especially the ones that the U.S. has had a key role to play in, to its 2016 initiative which revolved around drone-based news reporting via CNN AIR. From the introduction of HD broadcast in 2007 to a frequently redesigned on-air appearance and novelty in its news-based programming ideas. The persistently forward-looking approach of the Cable News Network (CNN), since it was founded 40 years ago, has definitely contributed massively to the popularity of the network in the U.S.

CNN’s broadcasting schedule makes it an early riser. The first news program broadcasts at 4am in the morning. Then, as a part of its regular programming, CNN broadcasts news and related programming during daytime hours, followed by primetime airing of detailed analyses from big names in journalism like Wolf Blitzer, Anderson Cooper and Don Lemon. On weekends, CNN’s broadcast schedule gets anointed with documentaries, documentary-style reality shows and mini-series such as Anthony Bourdain: Parts Unknown and more – enabling the channel to draw in greater interest.

CNN has made itself available to all major TV service providers in the USA, cable and satellite, as well as several websites and close-circuit channels, thereby expanding its reach into the masses both in the U.S. and across the borders.p>

What Channel number is CNN on Directv?

Check out the channel number of CNN on Directv on various cities in the United States.

DIRECTV – Bringing You Entertainment and News

When it comes to being ahead of the game, DIRECTV from AT&T clearly has the sky as the limit. Standing atop all competitors, ranked as the best satellite TV service provider in the U.S., DIRECTV offers customers more than just a connection to power up their TV sets. With half a dozen well-tiered plans under its belt, DIRECTV provides an extensive and diverse mix of channels for everyone in the family. Whether you’re a sports fanatic or a current affair-buff, with AT&T DIRECTV you can have all your televisual needs well-covered.

One of the best things about DIRECTV is its 4K UHD programming. You can watch your favorite shows and more in the best picture quality. Plus, with 2-in-1 display feature, you can watch two different channels side by side. That means, no more fighting over the remote control, while your much-anticipated golf match is on. Now, if that doesn’t spell ‘convenience’ for you, little else would.

DIRECTV brings the most extensive channel lineup that we guarantee you would not find elsewhere. From CNN, USA Network, Lifetime to ESPN, NFL and many more, DIRECTV has every single channel that American households want to watch. Plus, you can add more value to your DIRECTV package by adding premium channels to the primary subscription. Let us tell you, DIRECTV’s premium channel lineup is crème de la crème! With channels like HBO®, SHOWTIME®, STARZ®/ENCORE and Cinemax®, avid movie-fanatics and TV series-bingers, everyone can have something to look forward to every weekend! You even get the option to subscribe to the Movies Extra Pack or include your favorite channels separately. And, as for the sports enthusiasts around the U.S. DIRECTV brings the Sports Pack with over 35 regional and premium sports networks.

Every DIRECTV package comes with a specific count of channels in a lineup that is curated especially to cater to varied consumer needs. We’ll let you know about that too, but as we’re talking specifically about CNN today, let’s have a look at the DIRECTV packages that offer CNN for subscription, and the channel number you can watch your go-to news network on.

Why Should You Opt For CNN on DIRECTV?

Where CNN is all about keeping you updated around the clock, with the latest happenings in the U.S. and around the world, DIRECTV is about making your televisual experience modern and free of hassle. Catch up on the latest news in pure HD. And, if you do end up missing a couple of shows due to your hectic routine Genie HD DVR has your back!

DIRECTV offers Genie, which is probably one of the most advanced HD DVR systems out there. Record your favorite TV shows so you can watch them whenever your routine allows. What makes Genie truly one of a kind is how convenient it is. Not one or two, it lets you record up to 5 shows at the same time! Not only this, based on your preferences, Genie also recommends you the latest shows, so you always have something new to watch.

Now, all these features of DIRECTV from AT&T might’ve gotten you tempted to try out what more does the satellite TV service can do for you. So, don’t second guess any more, and subscribe to a DIRECTV package today. Just don’t forget to explore DIRECTV Bundles before you do so. Because as you bundle your DIRECTV service with AT&T Internet and home phone, you can actually avail yourself of massive discounts on all services.

You can also watch CNN Channel on AT&T TV

What channel is CNN on DIRECTV in Texas?

In Texas CNN on DIRECTV is available on following channel numbers:

What channel is CNN on DIRECTV in California?

In California CNN on DIRECTV is available on following channel numbers:

What channel is CNN on DIRECTV in Arizona?

In Arizona CNN on DIRECTV is available on following channel numbers:

What channel is CNN on DIRECTV in Florida?

In Florida CNN on DIRECTV is available on following channel numbers:

What channel is CNN on DIRECTV in Georgia?

In Georgia CNN on DIRECTV is available on following channel numbers:

What channel is CNN on DIRECTV in Chicago, Illinois?

In ChiIllinois CNN on DIRECTV is available on following channel numbers:

All You Need to Know About Spectrum Internet Availability