What Channel is ion on DIRECTV? 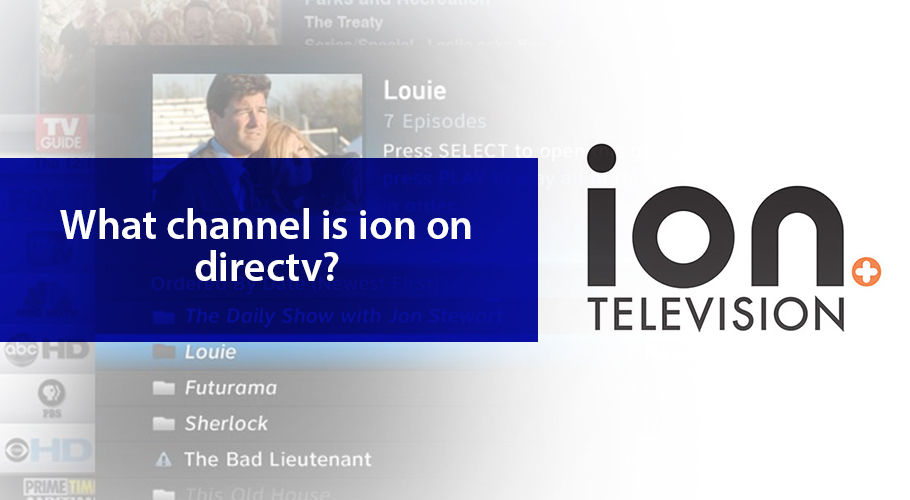 Using smartphones and other smart devices to stream videos online has become quite a thing these days. But let’s face it, nothing replaces the feeling that you get while watching TV and hitting those fingers on the remote control. No matter how many cord-cutters you come across, one thing remains unchanged. TV was and will forever be an inseparable part of our lives.

With TV, we can access a plethora of video content, from a varying number of genres, informative or entertaining. However, options being as many as today, it’s hard for parents to keep an eye on what their young ones are watching. The reason why we see almost all cable TV providers offer Parental Controls as a distinct service feature.

By using these modern age controls, parents can restrict viewership of age-inappropriate content, both video and audio, and they can also limit their children’s watch-time. Technology in this field has however expanded in scope only over the past 2 decades-- from the first content filters that were utilized to limit internet access and the V-Chip tech that TV stations introduced for the same purpose back in the day, to the smart Parental Controls in 2020.

A Cursory Look at ION TV

At a time when such tech was not yet in common use, Lowell Paxson launched a TV channel that pledged to provide family-friendly content. It was known as Pax TV. 7 years after its August 1998 launch, Pax rebranded itself as i: Independent Television and later in 2007, the channel embraced a newer identity, and was named ION TV.

At the time of its founding, PAX maintained a rather conservative outlook in terms of programming—sexual content, profanity and violence were restricted, even when airing acquired programs. The intention was to ensure age-inappropriate content didn’t get broadcast as part of a program that may be watched during family time— and that there wasn’t a contest of awkward glances and a busload of weird questions from the little ones as a result. First-run shows, re-runs of older programming, original drama series, and original game shows formed the cornerstones of ION TV programming in its early days.

During the 2000s, quite at the expense of its general entertainment programming, PAX began to increase the volume of paid content it aired. In 2005 following its first re-branding the network aimed to become a “broadcast platform for producers and syndicators who wanted to reach the national audience”. And standards of programming witnessed a shift too-- becoming aligned with those of other mainstream broadcast networks. Yet, until the second rebranding as ION TV in 2008, PAX continued to air a great plenty of infomercials & promotional shows in comparison to “general family-oriented entertainment” as pledged.

So, if you want to get a monthly subscription to ion TV, you can do so via DIRECTV. For the 19th year in a row, DIRECTV stands unbeatable in provision of higher customer satisfaction than Cable. Besides a plethora of features, DIRECTV offers a top-tier package with more than 330 channels, Live sports, breaking news, and an abundance of entertainment suited to every member of the family. If 300 channels are too many for you, you can even go for other DIRECTV packages with a lesser channel count. DIRECTV is available in the U.S. anywhere you get a clear view of the southern sky. So, there is a good chance availability would not become an issue.

According to the satellite subscriber data of 2019, DIRECTV stands as the number one satellite TV service provider in the U.S. Gone are the days when your struggle to find the right TV service stressed you out. Because, once you choose to power your TV sets with DIRECTV’s satellite service, availability will not be an issue. DIRECTV offers 99% signal reliability and a half a dozen plans that could fit your budget like a glove. So go for a basic SELECT package or enjoy boundless entertainment with PREMIER; rest assured, whichever package you go for, availability and reliability will never be a cause of fretting.

DIRECTV believes in providing you as much value as it possibly can. This is why you not only get the service that breathes life into your TV sets, you get countless more features that add up as you go higher by the tier. Curious to know about DIRECTV’s tiers and all that you get with them? Don’t be, because we’re about to have a look at what DIRECTV has in-store for you:

A modest mix of TV essentials for the ones who are not too big on TV. With DIRECTV SELECT™, you can enjoy:

Enjoy the essentials from DIRECTV, taken up a notch. With DIRECTV ENTERTAINMENT, you get access to:

The more the choices, the better it gets. With DIRECTV CHOICE™, don’t be surprised when you get:

Being a little extra doesn’t hurt anybody. With DIRECTV XTRA, go the extra the mile with the following features:

Another one meant to elevate your experience. With DIRECTV ULTIMATE, enjoy features like:

Finally, comes the package meant for true entertainment-buffs out there. DIRECTV PREMIER™ redefines entertainment with features like:

To enjoy family-oriented programming with ION on DIRECTV, you’ll need a DIRECTV channel lineup that carries the network i.e. ‘CHOICE™’ and above. ION TV broadcasts a mix of original and syndicated programming from various popular American networks that carry the first-runs. In spite of major shifts in how the network’s programming was reshaped over the course of time, the underlining aim remains it must be kept free from violence, profanity and raunchiness. The channel does so in a bid to stay true to its roots that were established by Lowell Paxson. Originally, ion TV was called Pax TV after its owner. But in Latin PAX means peace, and promoting a sense of peace through its programming was what Pax TV continued to believe in.

After being rechristened as ION TV, PAX’s original programming approach remained the same, i.e. violence and profanity-free. However, changes were made in the key demographics of its target audience. The focus shifted towards adults between 18 and 49. Hence, TV shows like Boston Legal, Criminal Minds, Blue Bloods, Law & Order, and more, were introduced in the programming lineup. Later on, ION also started to broadcast feature films, which now makes up for a good block.

Besides films and a whole lot of police procedural dramas, ION also has an on-again, off-again relationship with comedy-drama series. The channel aired half-hour sitcoms as filler content, albeit that was soon replaced by its old drama content. It’s not like ION doesn’t air comedic programming at all. You can still catch it in the form of comedy movies aired within the “ION Television at the Movies” slot.

With ION on DIRECTV, your struggle of switching from one channel to another would decrease drastically, because it provides you with everything you would expect in a TV channel. But, that’s not all. There’s one more thing left to be discussed yet. What digits on your remote control would tune you into ION on DIRECTV? Worry no more because we’re about to tell you ION’s channel number on all DIRECTV packages.

Taking a Look at ION Channel Number on DIRECTV

ION TV is available in two time-shift channels, namely ION Television East and ION Television West in 4 DIRECTV channel lineups. Therefore, it doesn’t matter if you’re a dweller of the East or the West; here are the packages offering ION Television, along with its channel number:

Why settle for an average service when you could go for the one that stands unbeatable as the market leader? DIRECTV has been rated#1 by satisfied customers for 19 years running. Whether it is about recording your favorite TV shows with GENIE® or watching data-free TV with DIRECTV App. With the DIRECTV Channel Lineup breathing life into your TV sets, you can enjoy a futuristic televisual experience, all the while staying within your budget.

Plus, just like an ion carrying a positive charge, ION TV is capable of spreading positivity into your everyday life. So, make sure you’ve subscribed to DIRECTV CHOICE™ or above, to keep your televisual experience far from negativity.