Rise Broadband brings you flexible internet plans backed by robust fixed wireless technology. From the Midwest to the Southwest, and in the Rocky Mountain region. Wherever you are, you can connect to things and people you value the most. 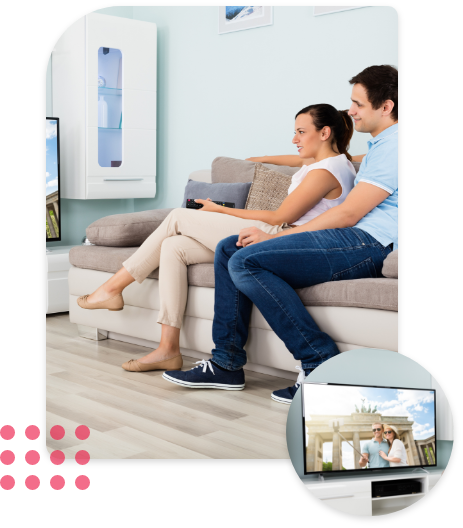 Rise Broadband is the largest fixed wireless internet provider in the U.S. The company is headquartered in Englewood, Colorado. Rise Broadband’s parent company JAB Wireless Inc. was incorporated in 2005. Following its acquisition of Internet America in 2015, it began to market all branded services under the name Rise Broadband.

Rise offers fixed wireless broadband to residential and business consumers. Rise Broadband is available in 16 states to approximately 26 million people. Texas stands atop among all service states with the most coverage by population.

The technology behind Rise Broadband fixed wireless internet service works somewhat like traditional cable and fiber internet. Because, the backhaul connection to the internet is established via landline hardwired networks that are usually fiber optic. LTE wireless tech broadcasts the signal in a general direction. But, Rise uses focused point-to-point wireless devices to direct a strong signal to the subscriber’s end. This approach makes delivery of high-speed wireless internet possible in underserved areas. One big reason why Rise has earned a great repute for its services in rural America. 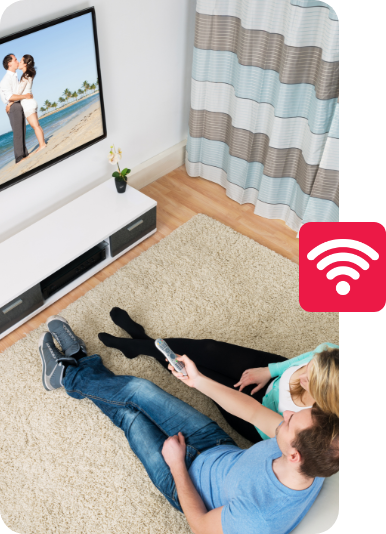 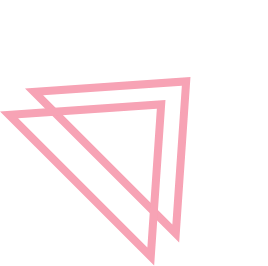 Why Should You Choose Rise Broadband Packages?

While Rise offers many speed tiers, not all speeds are available in every service location. That is why Rise recommends you ensure via your ZIP which offers are active at your address.

Rise Broadband pricing also varies from one region to another. Depending on which speeds are available in any given locality. For this reason too, Rise suggests you call Rise Broadband Customer Service for an accurate estimate.

Whether it is speed, data or pricing, Rise is straightforward about it all. And, does not leave teasers or hide charges from you.

Rise Broadband incorporates the line of sight (LoS) technology to direct signal from its backhaul connection. Access points that comprise its fixed wireless network, carry the signal to the subscriber’s end.

Fixed wireless network infrastructure is easier to spread out in far-flung rural areas, where expansion of wired networks would cost a fortune.

Cost effective expansion of infrastructure is possible due to the simplicity of fixed wireless technology. This in turn makes it easier to connect more and more people at customer friendly prices.

Rise broadband offers subscribers a choice that few other internet providers do. With Rise Broadband you can choose whether you want to pay on a Month-to-Month basis or sign a contract of 1 or 2 years.

Rise Broadband understands it is important for some customers to be able to pay on a month-to-month basis. And, not feel bound by a contract. At the same time, the provider also gets how some other customers would prefer discounts on the service. And, would not mind signing a long-term contract in lieu.

That is why Rise leaves the option open for all. And, lets you decide which way do you want to go with Rise Broadband.

An Overview Of The Most Popular Internet Plans

Rise Broadband offers download speeds from 5 Mbps up to 50 Mbps in most residential service locations. While higher speeds like 100 Mbps, 250 Mbps and 1 Gig are offered more so in select commercial markets.

The most popular speed tiers in residential neighborhoods are 25 and 50 Mbps. These speeds are more than sufficient for standard household internet consumption. Perfect for streaming movies on Hulu, Netflix and Amazon Prime. And, also for online gaming.

All Rise Broadband residential internet plans come with two data options. You can choose to stay limited with 250GB every month. Or you can go all out with the unlimited data option. It is for you to decide what your household usage pattern requires. The data allowance you get is adequate for a vast majority of American households. That is why an estimated 90% of Rise Broadband customers prefer a fixed data allowance every month. Meaning they get to pay for only what they need.

Before subscribing to a Rise Broadband internet package that you think would fit your needs, it’s better you know about the costs you are likely to incur.

Rise Broadband internet plans come for a monthly subscription fee. The service fee goes up to the current standard rate after the promotional period is over. If you go for the unlimited data allowance you pay $20 more than for the same speed with limited data. Which is quite a bargain if your internet usage pattern is bandwidth heavy.

Popular limited data plans range from $35-$45. And, unlimited data plans in the same speed tiers usually fall between $55 and $65. But, pricing varies with region. That is why Rise recommends you determine the available offer at your address based on ZIP code. Rise Broadband Customer Service can check that for you at 1-844-343-1169.

As for internet and voice bundles, you get access to Rise ActivePhone™ at a discounted rate. Standalone residential phone costs you around $25 per month. 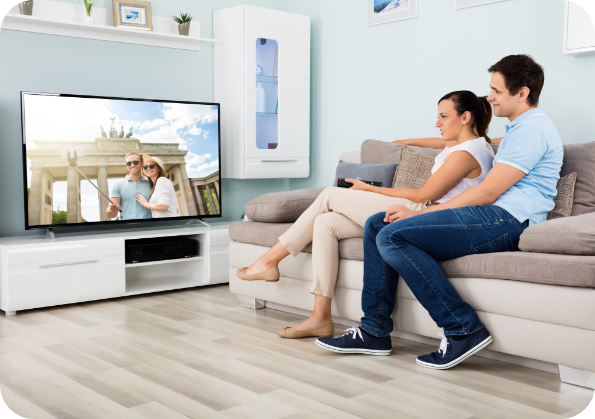 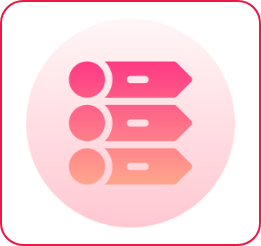 As for the much dreaded data overage charges, there is an additional cost of $5 attached with every 10GB you go above your allowance. But then, an estimated 90% Rise Broadband users find the 250GB allowance adequate for their needs. So, there is not much you would need to stress about. 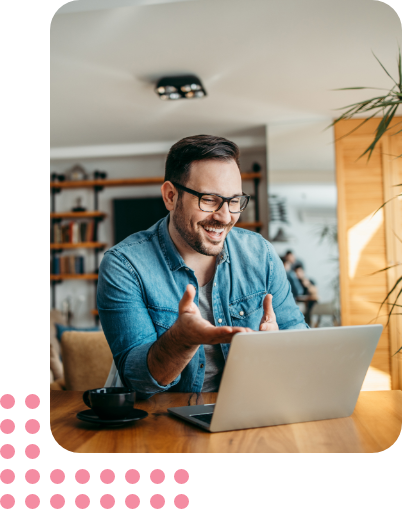 Speaking of which, Rise charges you a one-time installation fee of $150, which covers the visit by the IRTs—install Repair Technicians—to your premises, and the entire process of installing the Rise equipment. Quite often Rise offers promotional discount on installation—so you may be lucky and get 50% off.

Rise Broadband charges an Early Termination Fee for an early cancellation of your contract. Cancelling the contract will result in a $10 early termination fee for each month remaining under the contract.

Discounts With A Contract

When Rise Broadband says it offers flexibility, it delivers. Rise internet plans are available on a Month-to-Month basis, as well as long-term i.e. one or two years.

Rise Broadband suggests instead of paying Month-to-Month, you choose a 2-year contract. This saves you on the bill. You may also become eligible for discount on fees, such as the one-time installation fee, if you take the contract-route.

Similarly, by going for paperless billing you can save a couple of dollars every month. Setting up AutoPay is easy. Visit the Rise Broadband Self Service Portal and enroll. This saves you the stress of late payment too. 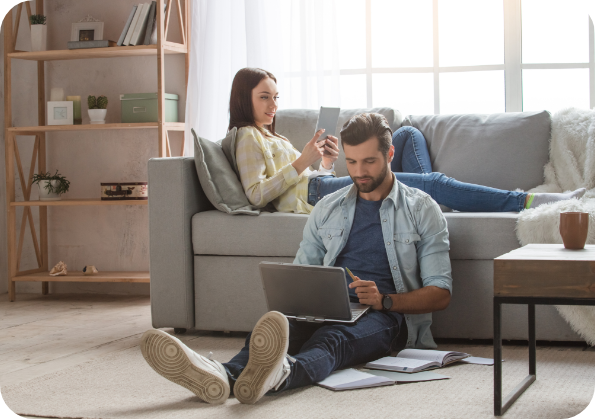 Internet And Beyond, But All Within The Budget!

Rise Broadband offers an array of deals that you can get if you’re not planning to settle for an internet-only option. There are Double Play deals with Rise ActivePhone™. And, you can even add DISH TV to your Rise Internet + ActivePhone™ bundle and take it up many notches.

If internet is all you need to sustain your digital life, you can do so at affordable rates with single play Rise Broadband internet deals. Check for available speeds at your address. And pick the data option that suits your online activity pattern the best. If you are not a family that is big on internet, a 250GB data plan may be the right fit for you. But, if you want more bandwidth, go ahead and choose the Unlimited data option for a worry free online experience. Moreover, sign a one or two year contract, instead of paying month to month. And, you can bag a good discount.

Rise Broadband also offers a digital home phone service. Rise ActivePhone™ may seem like a typical residential phone, but it’s packed with popular digital features that make you more productive. With Rise Internet + Rise ActivePhone™ Double Play deals you can enjoy high-speed internet, and keep in touch with family & friends across the U.S. Because you get Unlimited domestic long distance. The service also allows Free international long distance calling to landlines in 64 countries and mobile phones in 13. ActivePhone™ Messaging and E911 are also included in service features.

Rise Broadband doesn’t offer a namesake TV service. But in 2016 Rise announced partnership with DISH TV. And, DISH residential satellite service became available to Rise subscribers across its rural and suburban coverage area in 16 states. Subscribers covered by the Rise network can add DISH TV to their single or double play internet package at discounted rates.

An Overview of Areas Largely Covered

Availability is one of the many strengths that give Rise Broadband an edge. Rise Broadband delivers its broadband service over a robust fixed wireless network. The infrastructure is easier to deploy than traditional wired connections. More so in far-flung rural areas. That is why Rise Broadband has managed to earn the trust of countless rural communities. And, also help bridge the digital divide between urban and rural America.

Everything You Must Know

For Your Questions & Concerns

Whether there’s a glitch in your internet connection or a question that needs an answer. Talk to experts at Rise Broadband Customer Service. For general inquiries call 1-844-343-1169. And, a Rise Broadband representative will be glad to guide you. Technical support is available at 1-877-910-6207. At Rise Broadband they are committed to getting customers back online and keeping them happy!

Rise Broadband offers a variety of internet plans that you can subscribe on a month-to-month basis or with a long-term contract.

2 How large is the data cap offered by Rise Broadband?

Rise Broadband internet plans come with two options. For the same speed tier you can choose to go unlimited or get 250GB data per month allowance. This way you don’t have to pay for data you never use.

To access Rise Broadband fixed wireless internet service, you must be in the range of Rise network of towers and in the line of sight of a Rise access point in your neighborhood.

You should be able to stream and play online games with your Rise Broadband internet connection without a concern.

5 What happens if I exceed the data cap?

Your internet experience will not be affected. But, you’ll be charged an additional $5 fee per 10 GB of data used above your allocated limit.

Yes, besides residential plans, Rise also offers an array of services for small businesses and enterprises.

8 What are the fastest Rise Broadband speeds?

The fastest speeds from Rise Broadband go up to 1 Gig. But, you get Gig internet mostly via business connections in select regions only.

Rise Broadband offers a digital home phone service, but not TV. Rise partners with DISH TV so you can choose to bundle up your internet and phone Rise Broadband package with all-round entertainment.

10 Is there an Early Termination Fee?

Yes, there’s an Early Termination Fee. Rise Broadband currently charges $10 against every month left on the contract if you happen to cancel before the end of the term.