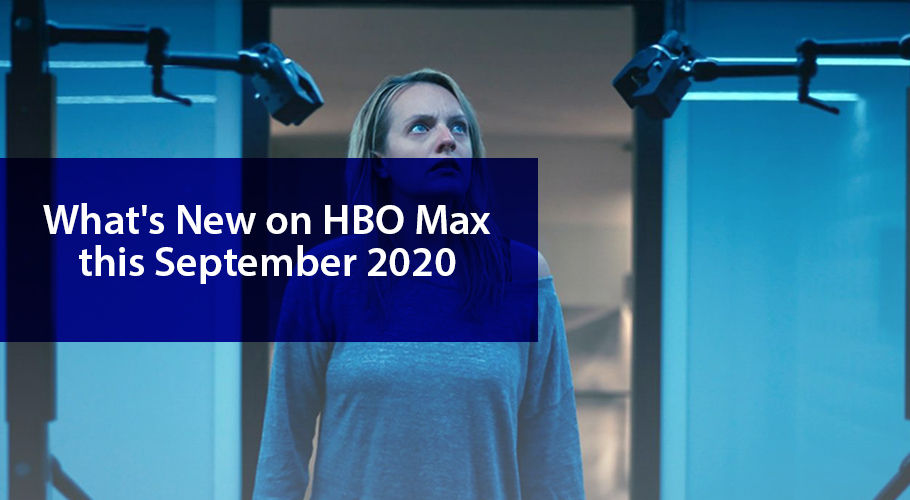 HBO® is great, but HBO MAX™ is even better. If you have subscribed to the streaming service from AT&Ts WarnerMedia as yet, you are really missing out. It not only brings you all the original HBO shows and a list of ever-changing movies that you can watch, but lets you access tons of original and library content from WarnerMedia. And, this September there going all out to ensure you are thoroughly entertained.

You can bet you will be getting exclusive high quality content this month with HBO MAX™. The 2020 sci-fi horror “The Invisible Man” will be yours to watch, as will be “Spies in Disguise” and “The Third Day”. Excited? Well, there more. This is just the tip of the iceberg. Read on to find out all that you will get to watch in the month of September on HBO MAX™ this year.

How to get HBO MAX™?

Before we get to listing movies and shows that will air in September, let us tell you how to subscribe to HBO MAX™, in case you have not already signed up.

This standalone streaming service costs $14.99 a month and if you get lucky you can also catch a promo offer that will get you HBO MAX™ subscription for $11.99/mo. Which is a great bargain to be sure but, what if we told you there was an even better deal to be had?

Spectrum TV offers two cable plans—Spectrum SILVER and Spectrum GOLD—that give you access to HBO channels in your primary lineup—and following the launch of HBO MAX™ on May 27, 2020, Spectrum customers automatically became eligible to stream via the HBO MAX™ app. Whats more, you can also stream HBO MAX™ on your TV sets, if you so wish. The Spectrum channel lineup is pretty cool—and with HBO MAX™ also available as an add-on, worth $15/mo., even if you are subscribed to the more basic Spectrum SELECT, you can experience the magic of HBO originals, movies, and series.

So, if you are someone who prefers a cable connection and likes streaming just the same, Spectrum TV offers perfect plans. Moreover, if you bundle Spectrum cable with Spectrum Internet, you will get an even better deal.  Wed recommend you make sure to check out their packages—you can also call Spectrum Customer Service for more details.

The list of movies you can stream on HBO MAX™ changes each month. Some are added, some removed while others continue to be available. Along with HBO original programming, you get access to the classics as well as award-winning blockbusters. While the list is a long one, here are two we think are a must-watch. These brand new HBO original comedies are sure to bring a smile on your face.

At 17 Veronica is all set to embark on her journey to success, following her high-school graduation. Her dreams of pursuing a future at an Ivy League college are thrown asunder when she finds out she is pregnant—thanks to her boyfriend who secretly poked holes in the condoms to keep Veronica from leaving for an out-of-state college. Staying home and raising a baby is out of the question for her. And so, grabbing her ex-best friend Bailey, Veronica sets off on a road trip from her home-town in Missouri to New Mexico. Why? Well, with her conservative parents in the mix, a clinic about 900 miles away is her best bet.

The movie takes you on an adventure filled with humor and drama. It tackles serious subjects discussed with great care and is overall an entertaining educational film to watch. The movie premiered on HBO MAX™ on September 10. If for some reason you missed it on air, there is no need to stress out because, with HBO On Demand included in your Spectrum TV subscription, you may just be able to catch it on your own timeline!

Directed by Jay Roach this TV movie is adapted from a screenplay by Paul Rudnick. The story focuses on the struggles of five characters—played by Bette Midler, Dan Levy, Kaitlyn Dever, Issa Rae, and Sarah Paulson—as they cope with isolation during the shutdown caused by the pandemic. Humans are social animals and being forced to practice social distancing and self-isolation can take a great toll on their mental health. The film explores the personal journeys of introspection in the context of divided politics and the universal pursuit of human connection.

At times, you will see characters burst with frustration, while at other times plainly amused—as the mix of emotions forces them into a self-reflecting mode. The movie is extremely relatable and insightful. It premiers on September 12, so be sure you have got the popcorn ready—we do hope you already have a subscription to a service like AT&T TV with access to HBO MAX™.

HBO® is known for its original shows—with a number of great series under its belt including the much-loved Game of Thrones. The network is committed to producing stellar content, and if you think GoT was the last of its great works, think again. There are not only new seasons that HBO® is working on, but whole new shows as well that you will get to see. Wondering what they are? Well, read on to find out.

This show is science fiction at its finest. A group of atheists, working to ensure humanitys survival, launch a number of fertilized embryos to Kepler-22b—a habitable planet. They also dispatch two androids—known as the mother and the father—to accompany the embryos. The plan is simple. The robots must birth and rear the children and help set up a colony of humans on the alien planet. As humans fight over religious differences, however, these mechanical beings soon realize that controlling the beliefs of humans is a perilous task.

Starring Travis Fimmel, Abu-Bakr Salim, and Amanda Collin, this is a must-watch for all sci-fi lovers. The show recently premiered—on September 3—and is all set to draw the audience into the twists and turns of the storyline. You can stream past episodes on-demand via the HBO MAX™ app with Cox Contour TV.

We Are Who We Are

Directed by Luca Guadagnino, this mini-series focuses on two American teens, played by Jack Dylan Grazer and Jordan Kristine Seamon, settled at a U.S. military base in the picturesque city of Venice, Italy. The drama is an exploration of what is important to teenagers as they grow up—it delves into notions of self-identity, friendship, first love, and other such aspects. The story depicts multiple intriguing characters, with each holding the potential of a protagonist.

Grazers' role as the unpredictable Fraser has tough battles to face—in the context of alienation experienced in the rather conservative environment of the base. While his tomboy neighbor Caitlin, played by Jordan Kristine Seamón, encounters her own teenage struggles in a close relationship with her father, as she enters puberty.

The supporting characters too have a depth seldom seen. Frasers' mom Sarah is a queer colonel who must oversee the troubled base, while Caitlins mom Jenny is a lonely Nigerian whose generous heart is taken for granted and rarely appreciated.

All in all, the show makes for an engaging watch and is one of the best when it comes to the Young Adult Fiction genre. A must-watch, the show premieres on HBO MAX™ on September 14. If you are already subscribed to HBO MAX™ with Cox TV, we guess you are in good shape to catch all the drama in a few days' time.

The Great Pottery Throw Down

Competition shows are a great way to pass time. Whats more they are informative. With “The Great Pottery Throw Down” you not only get to see how great art is created but learn a bit about the trade itself, thanks to the insightful comments from the judges. HBO MAX™ has released a new trailer of the three seasons, and the BBC2 TV competition program is set to make its American debut on September 17. So, if you want to feed your artistic streak, get ready to follow 10 potters each season—as a WOW! TV customer, you get access to content from HBO MAX™ on your PC, tab, or smartphone.

These shows are sure to make your downtime more enjoyable, but arent the only ones to release on HBO MAX™. Rather just a few of the most interesting ones. There are tons of other shows and movies that will be made available for you to watch on HBO MAX™ this September. Heres a more detailed list of what you can expect to watch.

Nobody entertains you better than HBO MAX™. Thats for sure. The carefully curated collection of shows and movies is designed to offer MAX entertainment. HBO originals have always had the power to take your cinematic experience to a whole new level. All you need is a high-speed internet connection to keep up, or else a cable TV service that brings you access to HBO MAX™.

So, if the listing above has got you interested, and you are wondering what would be the best way to stream HBO MAX™, give BuyTVInternetPhone a call at 1-855-349-9328. Expert advice regarding your options can help you subscribe to the right plan—one that is best suited to your needs—may be it is Xfinity TV, the Cox Channel Lineup, or one of the options we suggested earlier, that appeal to you. And maybe you find yourself more inclined to pick the right internet plan available at your address, and stream direct!

If you subscribed to HBO, you automatically get free access to HBO MAX™.