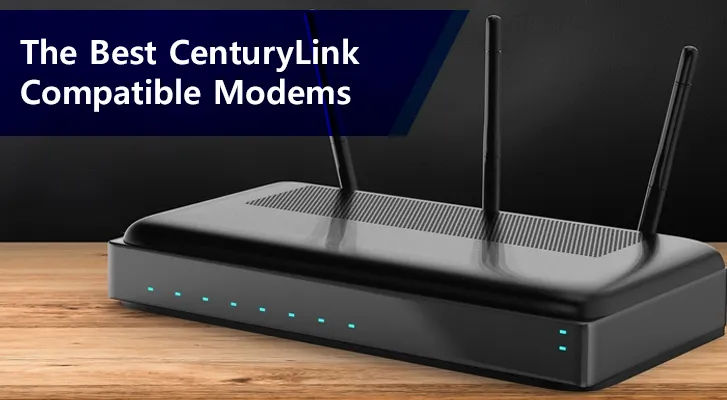 When you sign up with an internet provider, you have the option to rent out their modem. If you avail yourself of that, you can in fact spare yourself much headache. How? Well, when you run into a problem you won’t have to worry, rather they will be there to help you out with the equipment. And, take our word for it. You are bound to run into problems! After all its technology. It is equally likely that you might just get stuck with a low performing modem from your provider, a sure way to bring your dreams of high-speed internet to a screeching halt.

In the case of CenturyLink, the monthly rent for the device is around $10. If you’re planning to use the internet in the long run, which we are guessing anyone in the 21st century would be, you might as well buy your own modem. When you look at the money you save at the end of the year and a device that’ll serve you for years to come, you’ll thank us.

There are many modems in the market so getting the right one can be tricky, especially since modems aren’t compatible across all providers. If you’re looking for one that gives you the best results on your CenturyLink internet connection, you’ve come to the right place. We’ve compiled a list of the best CenturyLink modems, tried and tested, to ease your task.

Bear in mind, the compatibility issue makes shifting between services difficult so getting a modem can be restrictive. But, if you’re planning to stay with the provider for the long haul, or have already signed a contract with them, go ahead and buy a CenturyLink-compatible modem.

What Are You Looking for?

Before we begin, it’s important to understand what you need and what features make for a great experience when it comes to internet connectivity.

You must make sure the modem is compatible with not just your service but also your package. For that reason, we have attached a guide for you here! From this, you can look up which modems are endorsed by CenturyLink online. You could also chat with tech support to see which technology is employed in your area. If your region doesn’t have high-speed internet, getting a modem that supports fast internet and spending extra cash on it would be an exercise in futility.

There are two types of modems that you’ll find in the market.

CenturyLink is a DSL internet provider and the latter is what you should be looking for. Product descriptions or the equipment itself, don’t necessarily carry these details so whatever you’ve chosen, run it by your internet service provider just to be sure.

Many modern DSL modems, as well as cable modems in the market, have wireless routers built inside. Also called gateways, they have their pros and cons.

They are convenient since you don’t have to buy the wireless router separately, but at the same time, they lack some of the features that stand-alone routers boast of.

Choosing the best fit in terms of hosting solution requires you to think carefully about the following points: 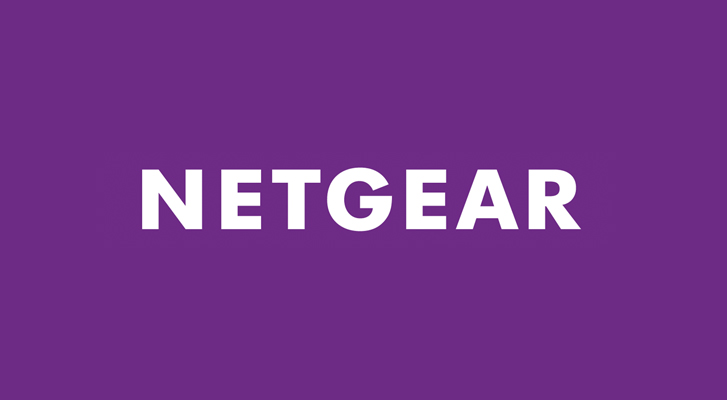 Our top pick is the NetGear D6200. This sleek modem-router combo supports download speeds of up to 1200 Mbps. If you’re tired of walking to another room and losing signal, or of course slow internet speeds, this is the modem for you. It is also one of the few that supports both cable and DSL service, which means you can easily use it with another provider if you choose to switch.

If you have a large family that uses multiple devices at the same time, NetGear D6200 will make sure you have a smooth experience. Its dual-band technology helps you handle all those connections simultaneously. It also comes equipped with the quality-of-service (QoS) feature which prioritizes traffic so that when you stream, buffering is the least of your concerns.

The only downside is its design. This modem looks like it was meant to lay horizontally, but in the last stages of finalizing the product, they forgot that and added a stand to hold it up. It’s awkward for sure and looks like it’ll fall anytime soon, except it won’t –we tried, and if you can get past this small fault, you’ll fall in love with it for sure. It’s also not the fastest modem out there, but for its price, it is a great bargain and overall we consider it the best CenturyLink modem. 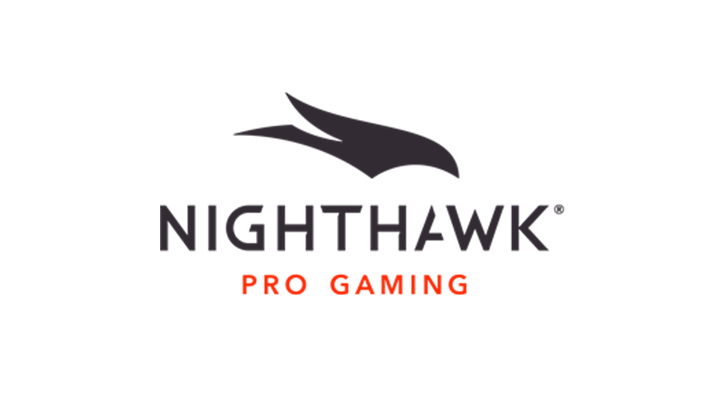 NetGear has some impressive modems out there so it’s not the least surprising that our second pick is from the same company. The Nighthawk D7000 too is a modem-router combo and supports download speeds up to 1,900 Mbps - a definite upgrade from the D6200. If the low speed of D6200 was a deal-breaker for you, we’d recommend you consider this instead, it is the best for powerful performance! It can handle multiple devices online without breaking a sweat.

Like the D6200, it also has 4 Gigabit Ethernet ports and 802.11ac wireless protocol, which makes for great signal strength and widespread coverage. It also comes equipped with dual-band Wi-Fi and other advanced features. With built-in utilities, you can activate the modem, set up the wireless network and maintain it too.

The D7000 is one of the most powerful DSL modems there are, but this device doesn’t come cheap. Before you buy the device you must analyze what you really need. If you have a small household, you can get a D6200. You won’t notice any difference. If anything, you’ll save desk space. With that said, D7000 is undoubtedly one of the best CenturyLink modems. 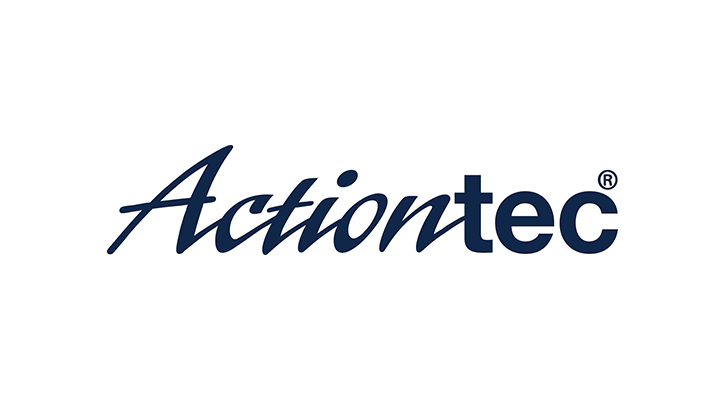 If you’re looking for a modem that is budget-friendly, we’d recommend you go for Actiontec GT784WN. This modem-router combo supports download speeds up to 300 Mbps. If you have only a few devices, you won’t feel the internet slowing down when you stream content.

Like the NetGear devices, Actiontec’s device also has built-in Wi-Fi and four Ethernet ports, but you won’t get any of the fancy features and range extenders. It also lacks Gigabit Ethernet.

Then again, the super affordable modem has 802.11n wireless protocol and works with most major DSL providers, allowing you to switch services.

The device looks straight out of a nineties sitcom but hey, if you didn’t mind the awkward D6200 design, you shouldn’t be picky about this one either. The GT784WN gets the work done without denting your pocket and that is all that should matter.

The ZyXEL C1100Z modem-router combo is officially certified by CenturyLink meaning you really can’t go wrong with this one. It detects CenturyLink network settings automatically, so if you’re worried about whether or not you’ll really be able to set it up, this is the device for you. If you’re stuck, you can expect some help from the provider for sure.

It supports download speeds of up to 300 Mbps and comes with built-in Wi-Fi and 802.11n wireless protocol, not to forget 4 Ethernet ports.

On the other hand, the C1100Z doesn’t offer Gigabit Ethernet and lacks advanced wireless features. So for the price point, it’s pretty basic. It may not be the best CenturyLink modems out there, but it sure is a safe bet. 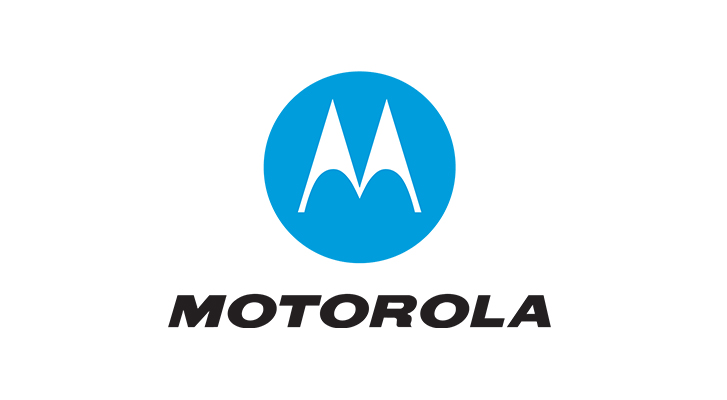 If you’re looking for the best of ZyXEL with still better features, Motorola md1600 is a great choice. It may not be a CenturyLink approved modem, but its customer support more than makes up for that. The raving user reviews are a testament to the after-sale service and the best part, its features!

The md1600 supports download speeds up to 1600 Mbps which accompanied with dual-band wi-fi is great for multiple users and devices - allowing seamless streaming, simultaneously for all. The 802.11ac wireless protocol gives you greater control over your wi-fi signals. It also comes with 4-gigabit ethernet ports letting you connect up to 4 devices directly. And if you’re worried about aesthetics, you’ll be delighted to know its design will add to your décor.

On the downside, it does lack some of the advanced features available on more expensive models. You can get faster download speeds with other routers. But then again, Motorola offers great customer support giving it an edge over devices of other makes. 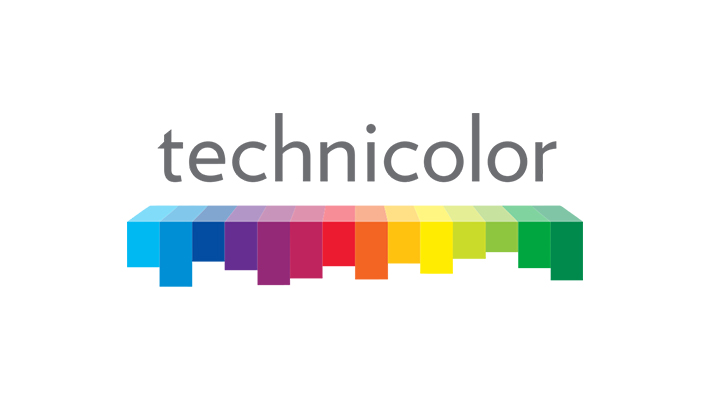 The Technicolor C1100T is CenturyLink compatible modem that offers high-speed connectivity and superior service delivery. The lightweight device is only 1.12 pounds and has a user-friendly interface making it easier to set up and use.

It can support multiple devices at the same time and the ultra-broadband gateway ensures smooth traffic. We didn’t find any lacking aspect in its performance given the Dynamic Rate Switching. The one-year warranty it comes with is a great bonus indeed.

The only problem we found is the power cord obstructs the power supply even if it’s slightly moved. It is also a little expensive compared to all the other options, albeit it makes up for that in terms of service.

Actiontec’s C1000A has received good reviews from users. It is also the model CenturyLink itself has sent to its new DSL customers, so essentially it is one of the CenturyLink approved modems. Users report the device provides faster and more stable internet speeds.

The modem supports ADSL and VDSL connections and works with most CenturyLink plans. However, you might want to call a technician and confirm if it’s indeed compatible with the plan you have. 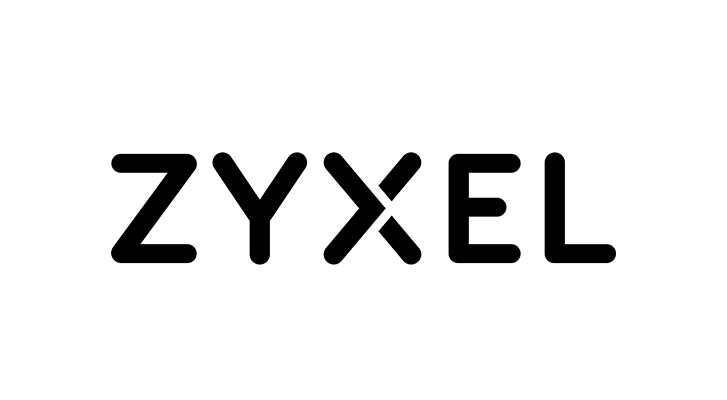 The AC1900 is another well-rated product that we’re sure you’d find interesting. With the help of the Wi-Fi antenna amplifier, extending Wi-Fi coverage will be a breeze. Users find the Wi-Fi signal range adequate for their requirements.

It is compatible with ADSL and VDSL connections and should work with your CenturyLink plan, but again do confirm with a technician.

Whether you’re a gamer looking for a modem with high-speed internet packed with features or someone who subscribes to a basic internet package, we’re sure you’ll find something on the list we’ve compiled.

Do you have a CenturyLink connection? Which modem do you use? Is there any modem you’d like to know more about? Just leave us a message in the comments. We’d love to hear from you.