What Channel is Bravo on DIRECTV?

Are you tired of watching the same old series repeatedly and crave something unique? Bravo on DIRECTV may be an ideal choice for you!

Since the 1980s, Bravo is one American Pay Television channel among countless other options that has sustained its roots in the entertainment industry. The channel that now mainly broadcasts reality shows origins back to devoting itself to film and performing arts. Over time, Bravo’s vision has developed to a great extent. So, if you want to keep yourself fascinated with reality shows, Bravo is probably the one essential network for you.

DIRECTV – Why You Should Not Miss Out on it?

AT&T DIRECTV brings you an extensive channel lineup with all its packages. Its most elite package offers more than 330 channels, including premium networks. Besides a comprehensive channel lineup cut to meet consumers’ needs and preferences, DIRECTV enhances your entertainment choices with a munificent Video on Demand library and an assortment of TV add-ons. The Genie HD DVR, all-around DIRECTV app, and industry’s finest picture quality, etc. – the whole shooting match is geared to transform your televisual entertainment into an extraordinary experience.

So, if you are concerned that your hectic schedule may make you miss out on your best-loved reality shows, just summon DIRECTV’s Genie and that is all you have to do to stay relaxed. Genie HD DVR is capable to record around 5 HD shows at one time. You can enjoy your favorite shows on any screen, at any time, and anywhere – at home with the Genie HD DVR feature or through the DIRECTV app when you are out.

What is Unique about Bravo on DIRECTV?

Originally, Bravo started out as a channel that aired film and performing arts shows only.  Soon after the beginning of the new millennium, the network rapidly changed its focus to keep pace with its competitors and the prevailing market trends. So, they pulled out all stops to enter into reality programming and its comparatively economical production costs. Over the years, it has turned out to be a wise move that perhaps saved the channel.

Which Channel Number is Bravo on DirecTV?

Signing up for DIRECTV and not being able to find the channel number of their favorite channel is every subscriber’s worse nightmare. But don’t worry, we have made the process of searching for the dedicated Bravo channel number a piece of cake for you.

All DIRECTV plans—Entertainment, Choice, Xtra, Ultimate, and Premier—include the Bravo Channel. So, whichever DIRECTV package you may opt for, you will be able to relish everything that Bravo offers to its viewers.  The following table displays the channel numbers dedicated to the Bravo channel on DIRECTV.

Most Popular TV Shows to Watch on Bravo TV

If you are tuning in to the channel for the first time, we would recommend you to watch the following top-rated shows that the channel aired:

This is an American Media Franchise that includes various reality TV series with a unique theme. You might have watched a lot of reality shows that display off-screen happenings from the lives of notable personalities. But The Real Housewives sheds light on how it feels to be a housewife in different regions of the United States. Thus, highlighting the married life of an average woman. But these housewives are from the elite class – so not too ordinary.

In the year 2006, The Real Housewives of Orange County was released as the first series of this franchise. The series received immense appreciation from the viewers which resulted in the launch of spin-off series as well including Teresa Checks In, Vanderpump Rules After Show, Xscape: Still Kickin It, and several others.

The show is also available in international versions – so you can imagine its popularity. However, it received some criticism as well for depicting women as just shoppers and not as people who can build a career.

Premiered in 2013, Below Deck is 99 episodes old show that documents the lives of crewmembers who live on a superyacht during the charter season. This show throws light on the personal problems that these crewmembers face on daily basis and how they deal with them to perform well professionally. Each episode is distinct from the other as it includes a new group of guests. You can watch this amusing reality show on Bravo TV by tuning to channel number 237 on your DIRECTV.

A comedy American dating show, Blind Date premiered in 1999. Originally, Roger Lodge hosted the show but recently, Nikki Glaser has taken over as the host. The series aired on Bravo TV from 1999-2006, and after a pretty long break of 13 years, the show featured again in November 2019.

Blind Date revolves around the idea of setting two individuals who are complete strangers to each other for a meetup – blind date. The cameras recorded every move of the two people by following them almost everywhere.

If you are into sports reality shows, then you can watch a lot of them on Fox on DIRECTV.

MasterChef is not the only American reality competition series that is popular among TV viewers, Top chef is also a renowned cooking show. The judges in the latest season 17 featured the head judge Tom Colicchio, Grail Simmons, and the host Padma Lakshmi.  In every episode, one or more participant contestant gets disqualified depending on their performance. Other than the professional chefs as evaluators, there are guests in each episode who are mostly big names in the food and wine industry.

The show also has several spin-offs like Top Chef Junior and Just Desserts. So, if you love both MasterChef and Top Chef, you would not want to miss out on these incredible shows.

It does not matter if you have a small or large household.  Whether it is kids, news, educational, family programming, sports, or primetime entertainment—DIRECTV packages include a channel lineup with vast entertainment choices for people of all age groups. And, with Bravo in the channel bank, you can keep your friends and family posted with the latest updates and gossips that you can only get with this channel.

From local to popular and premium channels, the assorted channel lineup of DIRECTV packages brings you a complete deal to satisfy your entire family’s needs! In case you have any more questions regarding DIRECTV packages, reach out to DIRECTV customer service at 1-855-925-2541 to receive support and guidance from professional experts. 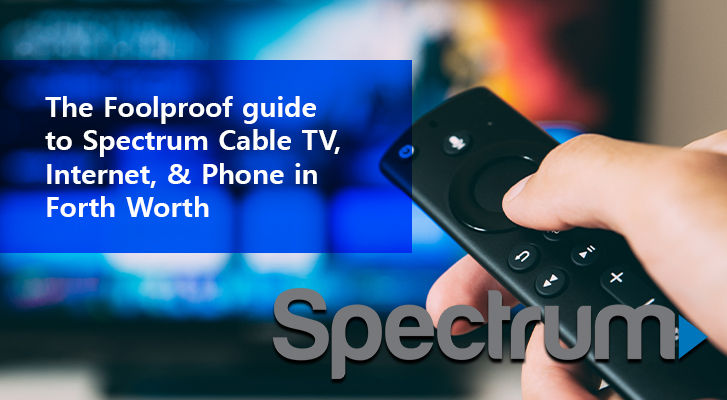 The Foolproof Guide to Spectrum Cable TV, Internet, and Phone in Fort Worth

What Channel is FOX on DIRECTV?

What Channel Number is E! on DIRECTV?