What Channel is ABC on Mediacom? 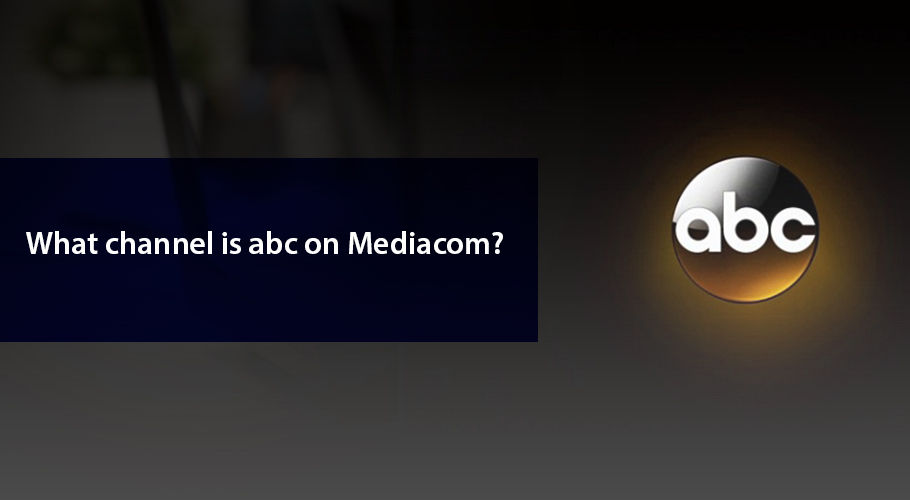 Need some happy-go-lucky and comforting TV shows to fill your time at home? If you have minimal tolerance for the grim and gritty, simply tune into the ABC channel on Mediacom Cable for low-key adorable chuckles topped with warm fuzzies that are sure to keep you glued to your couch!

Talking about the ABC Channel. . .

The American Broadcasting Company (ABC) started off as a radio network in 1943. And in 1948, it began its journey as a commercial broadcast television network, when it extended its operations into the realm of TV as well. Fast forward to the 1980s—the broadcasting company assumed another direction when it acquired 80% stakes in ESPN. It was not until 1996 that The Walt Disney Company—the current owner—acquired ABC and turned it into the flagship property of Walt Disney Television.

The 5th oldest major broadcasting network in the world, and the youngest of the Big Three in the U.S., ABC is still home to the finest in TV entertainment. And, as always the best part is the network has something in store for everyone no matter how diverse their preferences. If sitcoms excite you, the channel offers everything from Modern Family to Call Your Mother. If you are a fan of superheroes, you may love binge-watching Agents of S.H.I.E.L.D. And, for drama lovers, ABC has got your back with fancy dramas and suspense series, including Once Upon A Time and Grey’s Anatomy.

No surprise then, after all these years, the network still stands as the third largest and most-watched commercial network in the U.S., with an estimated average daily viewership of 5 million, reaching approximately 97% U.S. households nationwide. And making that happen is a number of affiliates in every region—plus cable TV providers as Mediacom Cable.

Mediacom Packages are intuitively designed—and so is the Mediacom channel lineup—the tiers are simple, and bring you a well though-out mix—from Local TV and Essentials to Variety. To add to your primary channel lineup is the FREE Mediacom On Demand which offers thousands of titles from popular cable & broadcast TV networks. Plus the latest blockbusters for the whole family to enjoy are there—which you can order on demand and watch whenever within the next 48 hours. When you subscribe to premium add-ons like HBO MAX™ and SHOWTIME®, you get access to premium content on demand, current and past, originals and specials.

So, guess what! As a new Mediacom Cable subscriber you are about to experience the best pay-tv has to offer in a unique way—and you can even carry all of that with you wherever you go because you have the Xtream TV app.

What Channel is ABC on Mediacom Cable?

We understand you must be eager to get started with your Mediacom Cable service—all ready to explore the wealth of content on hand, coupled with high-tech features and perks of the service. But we also get it can take a little time before you are fluent at navigating the smart TiVo® search & guide or giving commands to your Xtream Voice Remote—or for that matter recording favorites with your state-of-the-art TiVo DVR.

So, here we are with a listing—depicting the channel number for ABC on Mediacom Cable in a number of cities and towns which carry the Mediacom footprint. Note down the one pertinent to you. And, let Mediacom give a 360-degree flip to your in-home entertainment. Your notion of TV is set to take a whole new turn with the enticing and futuristic Mediacom experience!

If by any chance, you don’t find your city or town listed above, click here and put your ZIP code to some work to find the channel number for ABC in your area.

A Sneak-Peek into ABC Current Programming

From heart-wrenching romantic tragedies and electrifying action to news and information, here are some must-watch shows on ABC right now:

The most popular current ABC shows cover almost every genre—from reality and non-scripted programming to comedies and intense drama—all that you wouldn’t want to miss. And when you are subscribed to the Mediacom Xtream experience—it only gets better!

If you are interested in a tier upgrade or you are thinking about customizing your Variety TV plan with Mediacom TV add-ons, speak to a Mediacom Customer Service representative at the Mediacom phone number i.e. 1-855-349-9315. You don’t need to puzzle yourself over programming options when you can talk to an expert, and get pro suggestions along with the necessary information.

Is ABC free on Mediacom?

What channel is ABC on Mediacom in Des Moines, Iowa?

What channel is ABC on Mediacom in Springfield, Missouri?

For the ABC channel on Mediacom in Springfield, Missouri, tune into #7 SD & #708 HD.