What Channel is CBS on Mediacom? 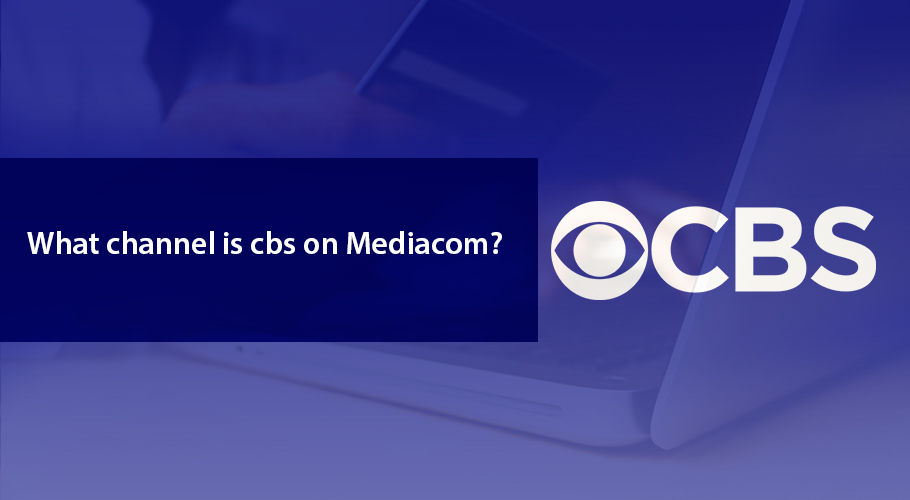 One of America's most popular broadcast TV networks, CBS has been entertaining viewers for generations now. Thanks to its irresistible mix of entertainment, news, and sports programming it is an everyday go-to channel watched in over 114 million homes across the US. CBS Primetime shows have a “habit” of dominating primetime ratings—shows like NCIS, 60 Minutes and The Equalizer, have been estimated to draw in about 8-9 million viewers on average. No surprise then, that for the second time in three seasons, CBS became the exclusive home to Super Bowl LV in 2021. And, carries the reputation to air mega blockbuster events such as the Grammys and Meghan Markel’s interview with Oprah.

A Little about the CBS Network

Founded in 1927, CBS (Columbia Broadcasting System) is ranked as one of America’s oldest radio and broadcast TV networks—which eventually became one of the Big Three. Following the sale of its radio division in 2017, CBS no longer operates or owns any of the radio stations directly. While the CBS TV network is now owned by ViacomCBS through its CBS Entertainment Group division. The 2019 reunion between CBS and Viacom resulted in a combined library of over 140,000 TV episodes, and 36,000 film titles including the Star Trek and Mission Impossible franchises. The reunification was perceived to allow the 2 media giants to invest in creation of TV content and films, as well as in the thriving business of streaming video.

As a major commercial broadcast TV network, CBS reaches approximately 97% pay-tv households in the U.S., and since 2014, CBS programming has also been available via a subscription video-on-demand service—CBS All Access—rebranded as Paramount following the 2019 merger between CBS and Viacom.

CBS can be a lot of fun to watch if you are subscribed to a contemporary TV service such as one delivered by Mediacom. And, now that you’ve joined the Mediacom Family, you’re about to find all about that.

Whichever plan you maybe subscribed to rest assure you’ll be able to access CBS broadcast aired via a local affiliate in your area. Albeit, as far as the CBS Sports Network, it is included only in the Variety TV lineup.

What Channel is CBS on Mediacom?

Just as the CBS network is a complete package that helps you stay in the loop of the latest in news, sports, and entertainment, Mediacom Cable TV has everything to spice up your TV-watching experience.

Not only does the service add choice to your primary lineup with on demand content, and lets you watch TV anytime, anywhere via the Xtream TV App or TV Everywhere apps, it makes your experience of in-home entertainment real smart. The TiVo® powered intelligent search and guide allows you access to live TV, on demand, and streaming apps all in one place. While the voice activated Xtream Remote makes it easy-peasy for you to search and browse content, and do much more. Now you can also record your CBS favorites with the state-of-the-art TiVo DVR, and watch in your leisure time.

So, if you are still in the process of exploring your new TV equipment and learning how to take the best advantage of it all, here is a listing of channel numbers for CBS and CBS Sports Network on Mediacom Cable in a number of service locations.

In case you are unable to locate your hometown in the listing above, you can use your ZIP code here, to pull the channel number for CBS on Mediacom TV in your region.

What to Watch on CBS?

Now that you know which channel number CBS airs on Mediacom in your area, you are all set to tune in—if you are a regular CBS watcher you’re sure to know what to watch and when. But for those of you who are less frequent visitors on CBS, here is a sneak-peek into CBS current programming on Mediacom.

If you are a fan of quality televisual entertainment, Mediacom packages will not disappoint you in the least. Nor shall you be dismayed if you’re a CBS fan, as you get to access the network in each plan. In fact you’ll be very happy that now you have no reason whatsoever to miss the next episode of your favorite CBS show—because you can tune in from anywhere!

If however, you also want access to CBS Sports Network, and find yourself interested in an upgrade to Variety TV, value-packed bundle offers from Mediacom maybe available in your area. Dial the Mediacom phone number i.e. 1-855-349-9315 and speak to an expert about an upgrade—you can also ask about TV add-ons such as premium networks and mini channel packages.

How long is CBS free on Mediacom?

If you are subscribed to any of the Mediacom TV packages, CBS comes included in your channel lineup at no extra charge. For more information on Mediacom Cable TV call at 1-855-349-9315.

All Mediacom Cable TV tiers include CBS. But CBS sports network is included only in the Variety TV plan. For details call at 1-855-349-9315.