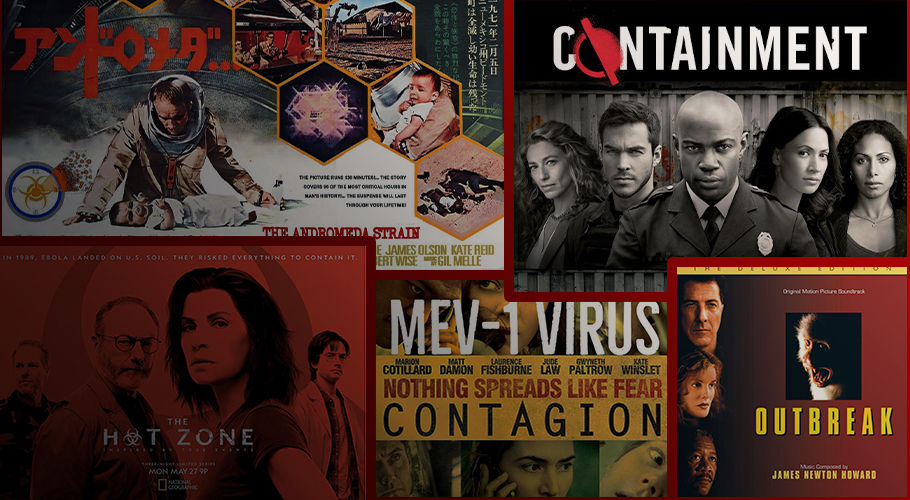 We all have heard about Pandemics, the Plague and the Cholera outbreak that took millions of people with them. They were just an incident in our history books that we really didn’t care about. Little did we know that one day we would be a witness to a pandemic ourselves.

Amidst this horrific situation, where a lockdown is being enforced on entire cities worldwide, simply because there is no other option to curb the spread of Coronavirus, chances are that you are stuck at home.

We understand that staying at home is not something that everyone enjoys, but now that we are stuck, we have to do something to curb our boredom. You may want to subscribe to HBO and catch up on some shows. Alternatively, you can stream movie favorites on your own or here is a comparison between HBO Go VS HBO Now.

Netflix reports there is a surge in interest over Pandemic. If you are one of those people who are interested in this genre, here we have an entire roster of Pandemic movies that you may not (or may) want to watch during this situation.

We couldn’t find a better movie than the Contagion to depict the situation we are stuck in. No doubt people are showing great interest in this movie and have pushed it to the eighth most popular movie in the United States on iTunes. The movie has also managed to slide to the second position on Warner Bros. chart, up from 270th last year.

There is a virus on loose and no one knows how to tackle it. There is no vaccine or contingency plan to control the situation. Contagion is the perfect example of a Pandemic gone out of control.

Released in 1995, Outbreak is again surfacing the internet amidst the current pandemic.

Africa is suffering from a strange virus and Colonel Sam Daniels of the United States Army Medical Research Institute for Infectious Diseases has warned his superiors to take this situation seriously, but they don’t pay heed.

It all starts when a monkey from Africa is smuggled to the U.S. and starts infecting people with the virus. The virus starts spreading at an exponential rate, it is foreseen to infect the entire country within 48 hours and the monkey is nowhere to be found.

Towns are quarantined and there is chaos all around. Watch this thriller and see how the nation fights to contain the situation.

Our current situation reminds us of all the zombie apocalypse movies that we have enjoyed up until now. One day everything is normal, and then suddenly towns are isolated and you have to run for your life or end up among those who are dead yet alive.

World War Z is no exception. The world becomes a wreck, billions of lives are lost, and those who supposedly died are now infecting others. The authorities still have no idea how to stop this. Starring Brad Pitt, this movie is one of the best zombie thrillers out there and will surely keep you on the edge of the seat until the end.

Unlike the other three movies that show what happens during an epidemic, 28 days later takes us to the time after the apocalypse. Animal activists invade a laboratory with monkeys infected by the virus and set them loose. The virus has now ruined the entire city of London.

The protagonist of the movie, Jim, wakes up from a coma after 28 days and finds himself alone in the abandoned city. None of it makes sense, the town is all empty and now he has to figure out how to survive.

The movie perfectly portrays to what extent humans can go for their survival.

Containment is an entire series based on an epidemic that starts from Atlanta when a patient infected with a strange virus shows up in a hospital. Patient Zero infects his doctor who is now held up in isolation. The virus is spreading like wildfire and the authorities have to do whatever it takes to curb it. It is highly contagious, fatal and doesn’t spare anyone it infects.

The infected areas are closed down and families are torn apart, but it is the only way to get out of the situation. The authorities are doing their best even if it means shooting down those infected.

The series is an emotional roller coaster ride that makes you think about what truly matters in life.

If you are someone who likes a thriller movie and doesn’t mind the gruesome part, then Cabin Fever is the right option for you.

Life is amazing. Five friends have made a plan for the ideal weekend getaway. They have rented out a perfect cabin to relax and chill. However, things turn upside down when out of nowhere one of them gets a flesh-eating disease.

The rest of them have to find a way to survive or just succumb to what plagues their comrade.

The Hot Zone is a mini-series produced by Nat Geo. It is based on one of the best-selling non-fiction thrillers, a book by Richard Preston, that released in 1989 and was an immediate hit. Inspired by true events, the series shows the outbreak of the Ebola virus – it breaks out in a laboratory in the U.S. and infects the monkeys. There is no vaccine to tackle the virus nor is there a contingency plan in place, in case the virus spreads into the mass population.

A U.S. army scientist, married with two children, sacrifices her life to protect the virus from leaking into the world. Watch this movie and see how they tackle the dangerous virus from spreading.

Just like the other Pandemic movies, The Andromeda Strain revolves around a virus gone out of control. However, there is a twist in the plot. This time the virus comes from outer space. A satellite crashes into New Mexico. The locals, out of curiosity access it, releasing the virus, which eventually kills everyone in the area. Now it is up to a team of scientists to figure out how to stop the virus from spreading.

The movie may seem very clichéd, but it was a hit when it first released in 1971.

Remember when Hollywood makes movies, it does so to sell tickets and not to educate people. So, if you decide to stream these movies don’t freak out because most of them are an exaggeration of what could happen. Our advice is to just sit back, watch, and relax.

However, before you jump on the Pandemic movies bandwagon, make sure you have reliable internet services at your disposal. You wouldn’t want a lagging internet to disrupt your movie session.

Where can I watch pandemic movies and shows?

You can catch your favorite interesting pandemic content on streaming services or subscribe to DIRECTV, Spectrum and popular TV services!

Is Outbreak a fun pandemic movie to watch?

It all starts when a monkey from Africa is smuggled to the U.S. and starts infecting people with the virus. The virus starts spreading at an exponential rate. Towns are quarantined and there is chaos all around. Watch this thriller and see how the nation fights to contain the situation.