Spectrum On Demand: Catch-Up on Your Favorite TV Shows 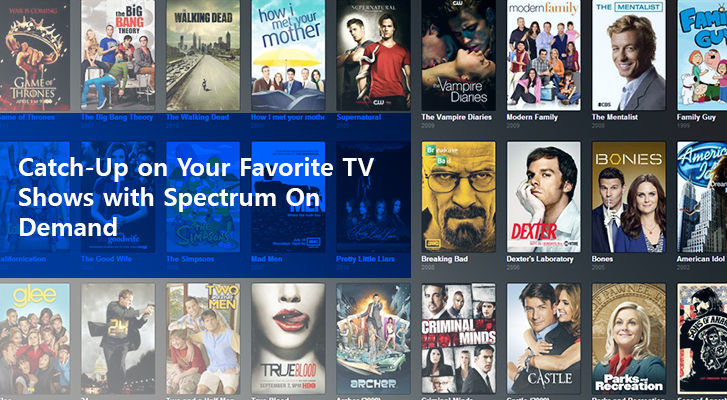 The busy routine, the never-ending work hours and coming home totally drained after a hectic day - don’t we all find this relatable? We have buried our heads so deeply in work that taking out time to watch a couple of TV shows, seems like an idea impossible. Maybe, this is the reason why there has been a rise in the trend of ‘binge-watching’. Did you know? According to a survey held in October 2019 in the United States, around 50% of the adults under 45 said they watched all the episodes of a TV season, using an online streaming service, and that too in a single sitting. This confirms our notion that the trend of binge-watching has been increasing rapidly among Americans and our prediction says in the coming years, it will continue to become more widespread. 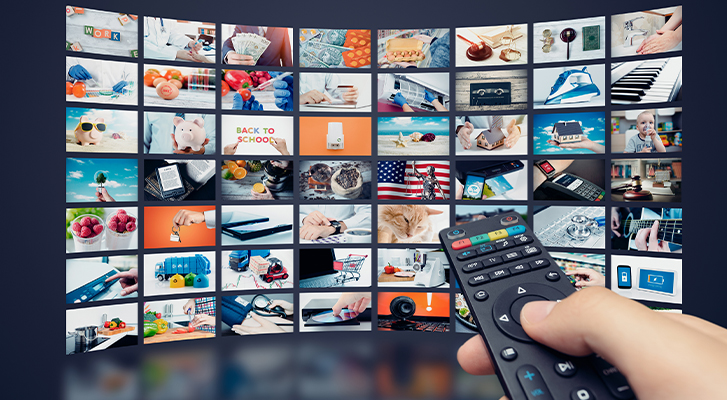 The idea of ‘binging’ is not a new one; in fact, it is believed this term surfaced back in the 1900s when World War 1 was very much the hype. And it is said back in those days when soldiers used their free time to eat and drink, they did so in excess, and referred to it as ‘binging’. So, the term ‘binge’ was originally associated with eating and drinking. With the passage of time, its modern variant i.e. binge-watching originated - in around 2003 - and later in 2012, Netflix played a massive role in giving it a completely new meaning.

What is Spectrum On Demand?

Seeing a rise in the binge-watching trend, cable service providers in the USA found a niche wherein they could provide subscribers the option to watch programming of whichever genre they wanted, and that too on their own timeline. So they started to roll out their own video libraries that consumers could access as part of their subscription. Now, almost every TV service provider active in the United States offers the Video On Demand feature with their cable TV, satellite TV or IPTV packages. Most are good, but there is only one that’s best enough to give all the other ‘best VOD service claimants’ a tough run for their money. Charter Spectrum™ is known to provide the most high-definition video content in its programming offers and via its VOD service thus setting itself a level apart from competitors.

To make binge-watching tremendously convenient, Spectrum provides Video On Demand service with all cable TV plans and packages on offer. Users can get access to thousands of On Demand choices for as low as $44.99/mo. while the price remains locked for an entire year – quite a value for money!

What makes Spectrum On Demand so good?

Spectrum offers you the latest shows right at your fingertips, and that too at any time of the day you want! Typical cable TV services are perhaps little fun in the context of the modern fast-paced lifestyle because of providing scheduled programming. Imagine, all the good and juicy TV episodes you’re likely to miss because you simply cannot catch your favorites at the time of broadcast. On the other hand, On Demand programming is so much more convenient. You escape the possibility of missing your favorite TV shows, no matter how occupied your work keeps you. Do you know that around 86.5 million Americans have used one of the available On Demand services to watch TV shows? Well, we don’t blame them. If there is anything, which has made consumption of video content effortless, it is the Video On Demand service offered by a variety of Internet and TV service providers in the U.S.

Video On Demand has altered the way video content is consumed. This particular feature of a TV service does not intend to take the conventional cable TV down rather just give subscribers the option to customize their televisual experience to fit their individual lifestyles essentially by making video content available to us, anywhere, anytime. Spectrum boasts an array of over 50,000 On Demand titles in varied genres of programming, and all you require to access unlimited entertainment that is on offer is a high-speed internet connection, such as one furnished by Spectrum Internet.

It doesn’t matter whether you want to watch a football match that you missed, or the premier of your favorite TV series’ new season, with connectivity as fast and seamless as from Spectrum, you get access to a diverse library of TV shows, movies, sports events and what-not.

Oh, and did we mention Spectrum On Demand feature is free of cost? That’s right. From NBC to TBS, trending movies and TV shows to live sports events, you can get access to USA’s best TV programming and have something new to watch, every single day!

If there is anything more that you want to know, feel free to get in touch with Spectrum customer Support and have your VOD related questions answered by professionals.

How Does Spectrum On Demand Work?

Spectrum On Demand is essentially an extensive video library from the provider that lets you watch TV shows, movies, and programming of various other genres literally ON YOUR DEMAND. You can access your favorites anyway you like - watch on your PC by logging in to SpectrumTV.com, stream on mobile via Spectrum TV app or browse Primetime, movies, Premiums using the interactive programming guide available to you on all TVs connected to Spectrum TV. With the exception of some content that falls under programming restrictions, you can pause, rewind and fast forward as you like, and you can also stop or restart.

Besides, there is a Pay Per View On Demand feature too, that lets you watch the latest concerts, sports events and other LIVE shows that you may have missed due to your hectic work schedule. And if need be you can set up a Purchase PIN to control purchase and viewing of content.

Subscription to Video On Demand (SVOD) is another feature open to utility. SVOD channels are not part of the regular Spectrum TV lineup and require an additional monthly subscription, however the feature  does allow you to receive a fresh stream of programming in your favorite genres.

Wait! It doesn’t end over here!

If you like taking your TV on the go, with Spectrum TV App you can actually watch your favorites On Demand while you commute back and forth from work or dine on an evening out with friends. Gone are the days when you had to turn into a couch potato to watch your most-loved TV shows because with Spectrum On Demand you can take your favorite TV anywhere. All you need is a fully charged tablet or phone and an internet connection – and you can turn boring times around your leisure time!

An all round cable TV service is a jewel in Spectrum’s crown. Not only you get TV in bundles that save you BIG, but high-speed internet and home phone that keep you connected to the World Wide Web and to your loved ones far and near! So hurry up, get in touch with Spectrum and find out which packages are available in your ZIP.

What is Spectrum On Demand?

Spectrum provides an Demand service with all cable TV plans and packages that give users the access to thousands of On Demand choices for as low as $44.99/mo.

How can I get Spectrum On Demand?

Get in touch with Spectrum sales support at 1-844-481-5997 and they will guide you with the best package available at your address!