What Channel is Sprout on DIRECTV? 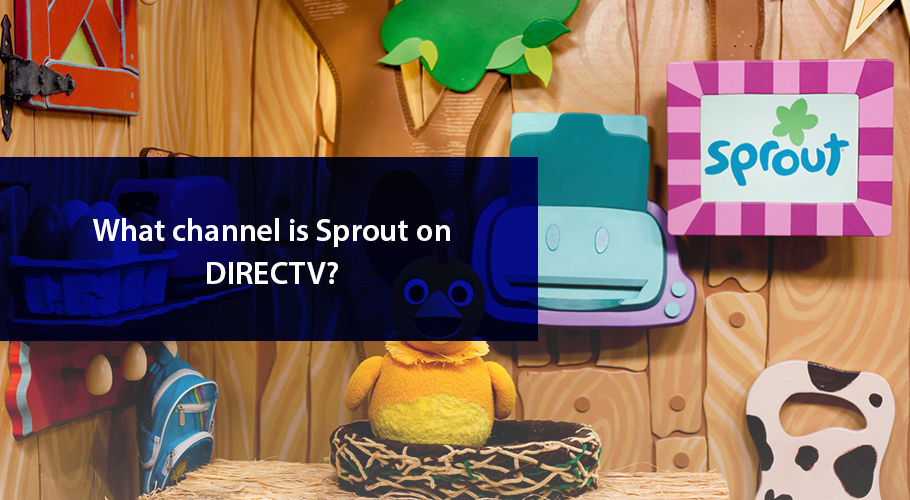 Adults, teenagers, and kids have access to virtually unlimited entertainment in this digital age, thanks to rapid technological advancements. The variety of ways which allow you access to TV entertainment is unlike ever before?from over-the-air broadcast TV to Cable and Satellite TV, and the new go-to streaming platforms?the plethora of choice has pretty much spoiled the audiences. After all, you are now one button press away from entering the world of entertainment?not only do you get access to multiple sources of popular and premium entertainment with a single remote, but ways to watch on your personal timeline.

DIRECTV: It is All the TV You Love

Your new DIRECTV subscription lands you with the #1 satellite TV provider in the US?which among many other features and perks boasts an extensive and all-encompassing channel lineup?pretty difficult to rival. And, that is not all. As you spend time with your new TV service you’ll get to explore the treasure of on-demand content which your DIRECTV plan gives you access to. Rest assured, you’ll never find yourself at loss for what to watch on TV whether you’re subscribed to ENTERTAINMENT, CHOICE™, ULTIMATE or PREMIER™.

Watch live sports, breaking news, and your must-have shows and movies. Switch from premium entertainment networks to top national, regional and local sports networks. Or binge the latest seasons of your favourite series on demand?you won’t find yourself missing out on your much-awaited shows with the DIRECTV app even when you’re on the go. The best part is if you are a parent, you’ll get a great choice to keep the little ones at home totally entertained!

If you have kids, you’d know one of the best ways to keep them hooked, entertained, and quiet for a while is TV! It’s the oldest trick in the book to be honest. This is why finding a go-to network for kids is a bit tricky. But, that is exactly where Sprout comes in with its amusing and intriguing child-friendly content.

Sprout (now Universal Kids) is an American pay television channel that is owned by the NBCUniversal Television and Streaming division of NBCUniversal Cable Entertainment Group. The popular children’s programming network traces its steps back to PBS Kids which launched in 1999, and closed operations in 2005, following which viewers were redirected to the newly launched PBS Kids Sprout. The “PBS Kids” branding was eventually dropped from the network’s name, and it came to operate by the name of Sprout only, following change of ownership in 2013.

In 2017 however another rebranding episode occurred?and NBCUniversal announced Sprout was now Universal Kids. While the network continues to broadcast preschool programming, evening and primetime programming has been revamped for preteens aged between 8 and 12. The network has also reduced its focus on new original series and redirected attention to acquired content and DreamWorks Animation productions.

So, if you’ve found yourself confused with all the different names associated with Sprout over the years, this should help you understand things?and from now onwards you should look for Universal Kids instead!

What Channel Number is Sprout on DIRECTV?

We presume you are looking for ways to brighten up the kids’ summer holidays, and with your new DIRECTV subscription you are eager to find out the number for the Sprout TV network.

Well first off, let’s clarify one thing?from the times when Universal Kids first originated as PBS Kids, it was available only with high-tier pay-tv subscriptions. And that tradition has carried on?Universal Kids formerly Sprout is available to you only with DIRECTV ULTIMATE and PREMIER?the top 2 tiers of DIRECTV plans.

So, if you are currently signed up for ENTERTAINMENT or CHOICE, you won’t be able to find it among subscribed networks on the DIRECTV on-screen guide. But, if you signed up for ULTIMATE or PREMIER, you can watch the Sprout TV channel by tuning into channel number 295.

What to Watch on the Sprout Channel with DIRECTV?

Sprout?or Universal Kids as it is now referred to?is dedicated to bringing the best in TV entertainment for its young audiences. While the daytime programming on Universal Kids continues to engage preschoolers, its evening and primetime slots are designed to appeal to preteens.

DreamWorks Animation content, unscripted programming which includes game-shows and youth spin-offs of reality series from sister networks, foreign series, and titles that were originally Netflix-exclusive?all of that and more is showcased by the Sprout TV network.

However, when it comes to kids parents like to be picky about what the little ones watch. And there’s always a chance your kid won’t like what you choose for them. Make it easy for yourself?here is a listing of the most popular current shows on Universal Kids (formerly Sprout):

Some “Sprout Oldies” Now Showing in the Daytime Block

The DIRECTV channel lineup has a variety of networks for children?such as the Disney Channel, Disney Jr., Disney XD, Cartoon Network, Nick Jr., Nicktoons, TeenNick, and Universal Kids aka Sprout TV. From finding the Sprout channel on DIRECTV to picking what to watch, we hope this write-up is helpful to your search! Now you can go back to your kids and tune into timeless entertainment that Universal Kids has to offer?that too in HD!

In case you find yourself interested in an upgrade from ENTERTAINMENT or CHOICE, so that you can access Universal Kids (formerly Sprout), speak to DIRECTV Customer Service at 1-855-925-2541 and get all the information you need.

What channel is Sprout on DIRECTV?

If you signed up for ULTIMATE or PREMIER, you can watch the Sprout TV channel by tuning into channel number 295. Entertainment and Choice DIRECTV plans will not have Sprout Channel.

What to Watch on the Sprout Channel with DIRECTV?

You can catch these fun shows on Sprout: