What is the Difference between the Internet and Ethernet? If we humans were asked about the one thing we can’t live without, then quite certain you won’t hear answers like, ‘Oxygen’ or ‘Life Partner’. Yes, as bizarre as it may sound, we humans have rearranged our priorities. It turns out the internet has grabbed the first spot on our list and everything else comes after that. It is weird how our dependency on the internet has reached such a level that we cannot comprehend how to live even a moment without it. There is no doubt the internet has become the main source of keeping us connected with the world. Just a few dibble-dabbles on the keyboard and you can enter a realm where everything becomes available to you right in the palm of your hand. Who knew the successor of Arpanet will end up becoming a necessity and soon people from all over the world will begin to rely on it as much!

Since we’re talking about the internet, let’s talk about its counterpart that ensures there is an internet connection for us to use. That’s right, ladies and gentlemen, please say hello to Ethernet. Ethernet is what allows our devices to connect with the internet. Many people confuse the internet with Ethernet and we don’t blame them. Phonetically they sound quite alike, so getting confused is kind of inevitable. But, what are the factors that set the internet and Ethernet apart? Before we jump to it, let’s start by understanding what these two entities are.

What is the Internet?

The internet is a unified network that constitutes of varied interconnected computer networks - belonging to various organizations, institutes, companies, governments, and individuals – that are facilitated in their mutual interaction, which essentially centers upon and revolves around communication of information. The existence of this unified network is made possible via a plethora of devices such as satellites, data centers, servers, modems and routers as well as Wi-Fi towers, all of which play their respectively defined roles in the standardized communication protocols running the show. 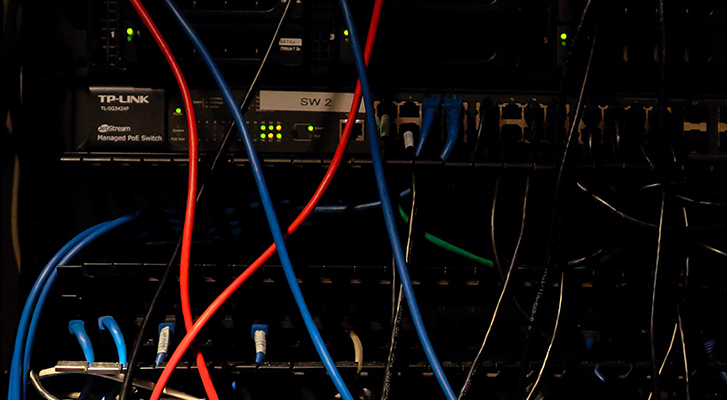 The science behind the internet is a very tricky one, at least for the layman. But then, why wouldn’t it be so? Essentially speaking, the entire internet infrastructure is shaped by an enormous web of networks. These networks allow the sharing of information to take place between users. Now the information shared over the internet can be anything from a file to an email. The only thing crucial to making this exchange happen is that the devices must be connected with the network using the most advanced technology which facilitates the transfer of data.

Speaking of advanced technology, have you ever given Spectrum a shot? With its cutting-edge infrastructure ensuring the provision of internet speeds starting at 100 Mbps, Spectrum may just be the answer to what you’ve been wishing for all this time. Spectrum Internet employs a high-quality hybrid network that comprises of coaxial cable lines within a given neighborhood and a fiber optic backbone – the fiber lines allow data a high-speed ride until it reaches a particular premise from whereon the coaxial cables carry it through the last mile to destination. Charter Spectrum™ is thus able to deliver a steady and reliable fiber-fast internet connection at the price of traditional cable connectivity. The cherry on top is the unlimited data perk, that together with Spectrum’s no-contract policy, sets you up for a totally free experience of the World Wide Web.

Anyways, let’s pivot back to the internet. Do you know the size of the global internet network is so big that by 2021, the IP data traffic of the world is expected to skyrocket to 278,108 petabytes per month! In case you’re wondering, one petabyte is equal to 1,000,000 Gigabytes. So, the total of IP data traffic is anticipated to reach around 278,108,000,000 Gigabytes per month pretty soon. Whoa! Just imagine how big it must be the network that facilitates the transfer of such a massive volume of information.

Okay, the first thing that you need to understand before we get into discussing Ethernet is that IT’S NOT THE SAME AS THE INTERNET. Rather, Ethernet is a standard collection of computer networking technologies employed to connect various devices in a local area network (LAN). An Ethernet connection needs a good old LAN cable to establish the flow of information between computer devices and the local network. 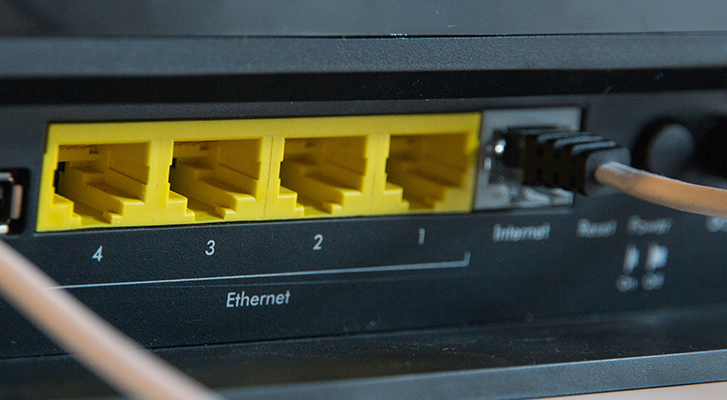 The term Ethernet is therefore also used to refer to a network of more localized computers. Via Ethernet, data is transmitted from a network to a computer in the form of frames. These Ethernet frames are responsible for the successful transmission of data packets and vary in size depending on the amount and nature of the information they carry. That means, for a piece of information which is 64 bytes in size, the frame will be smaller relative to the one which is 2416 bytes.

Now that we’ve discussed what the internet and Ethernet essentially are, let’s talk about what differentiates them from one another.

What sets the Internet Apart from Ethernet?

The first difference that sets the internet and Ethernet apart from each other is security. Ethernet is far more secure than the internet basically because unlike the internet that runs a Wide Area Network (WAN), Ethernet runs the show more locally. Quite clearly WAN would be less secure given that it covers a larger geographical area and the information transmitting over it can be breached by anyone outside the network. On the other hand, LAN, which covers a fairly smaller geographical area is able to keep all unknown devices at bay.

Another factor that sets Ethernet and Internet apart is the quantity. Well, just look around! How many ‘internets’ do you see? Just one, right? That’s the thing! Internet is a unified global network of transfer of information, therefore saying there is more than one would defy the purpose. On the other hand, Ethernet is linked to the Local Area Network of which there could be as many as the number of computers in the world.

The internet is so big that controlling every single piece of information coming in and going out is a nearly impossible task. As opposed to that, in the case of Ethernet, it is far more convenient to regulate every bit of information exchanged over a given Local Area Network.

Internet and Ethernet might be two different entities, but at the end of the day, both contribute to what makes it possible for us to exchange information without any hassle. While the internet allows us access to a plethora of information in just a matter of a few moments, Ethernet ensures our computers remain connected to the internet in order to conduct the exchange of information locally and globally. Of course, this technology is bound to go a long way and to expect an ‘Ethernet breakthrough’ in the years to come won’t be off the mark.

What is the difference between Ethernet and internet?

What are Ethernet frames?

Ethernet frames refer to the transmission of data packets and vary in size depending on the nature and amount of information being carried.