Why Spectrum TV Select and Internet Plans in Dallas Are Totally Worth It!

The D Town is adorned by a myriad of tourist attractions – in fact, a lot more than what you get to hear in stereotyped descriptions of the Texan city. And no, it’s certainly not an augmented world of cowboys hurling their lariats making you feel like you have transitioned into the realm of Westworld. The city is hustling and bustling and y’all find many things in Dallas to hold dear. As a native Dallasite, you would be quite familiar with how life in 21st century Dallas is. It’s highly governed by tech! Head over to downtown Dallas, the hurried metros or the business center of the city, and you will come across multiple fortune 500 companies.

The city connects the Fort Worth-Dallas Metroplex – and sits at a population of approximately 1.3 million people. That’s not a small number by any means; the reason why it is considered one of the most populous U.S. cities. And with a population as large, the city naturally calls for utmost connectivity – options to connect to the World Wide Web as well as to TV entertainment -  whether you are a budding entrepreneur in downtown Dallas or you have taken abode in one of the residential neighborhoods.

For that very reason, Dallas isn’t deprived of internet connectivity or televisual offerings. There stand 50 providers of which over 20 operate in the residential domain with the rest conferring internet to power up the business scene in Dallas.

The telecom behemoth, Spectrum, exhibits a monumental hold over the geographical coverage of the city via its hybrid Fiber-Coaxial Cable network. Amidst the competition with other cable broadband providers, Spectrum Internet shines bright not only due to the galactic coverage of the Texan Star but the offerings on the provider’s Dallas menu.

Standard Internet is the lowest speed tier among internet plans offered by Charter Spectrum™ in Dallas TX. An internet connection with no gravy on top can be a turn-off, however. And Spectrum knows that only too well. The reason why Dallasites get not only the fastest starting speeds of 100 Mbps but a myriad of perks too – unlimited data, no contractual obligations, free security suite and internet modem, and above all a 30-day money-back guarantee that has Spectrum’s confidence written all over it! In-home Wi-Fi too comes at a remarkably inexpensive rate of $5 per month connecting your entire home via a blanket of wireless connectivity.

So if you are despairing over below-par internet connectivity in your D Town neighborhood, Spectrum would come to your rescue with its Contract Buyout offer up to $500 while furnishing a 100 Mbps internet connection for $49.99 per month (and the price remains locked for 12 months). That, however, should not make you think speed is all that you get with the provider. For it is certainly not the case. Instead, you get all the perks we have mentioned earlier on, and more, no matter which internet speed tier you subscribe to!

From the bandwidth-hogging users to standard Netflix streamers, Spectrum has it all covered for everyone. Standard, Ultra and Gig are speed tiers that offer a variety to subscribers with varied requirements while your network remains secure strengthened by the security suite given to you alongside. Time to say goodbye to clingy spyware and malware that have been lagging down your system and switch to Standard Internet from Spectrum.

You will soon find out, both download & upload speeds as delivered by Spectrum render the need to rely on fiber connectivity totally redundant. A range of 10 to 35 Mbps corresponds to the three-speed tiers giving you a lot of upstream power if you are a standard streamer or telecommuter. 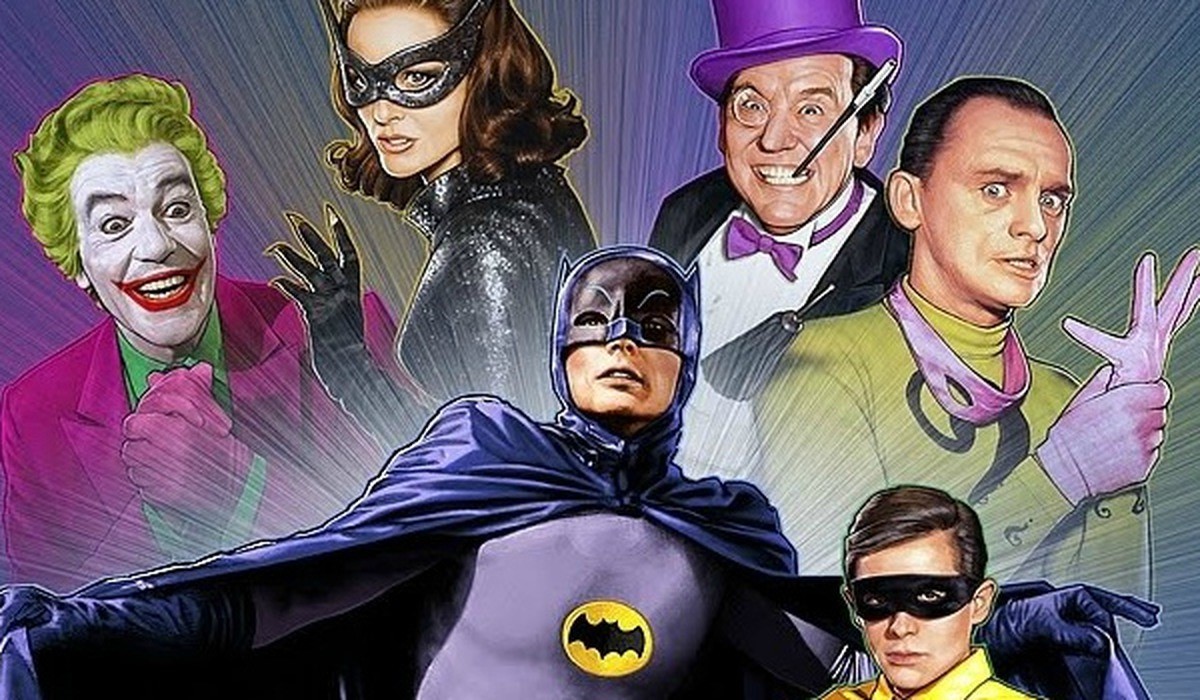 A speedy internet connection is imperative for streaming. It’s not 2007 anymore where the now-considered-pixelated screen resolution would suffice. If you just take to a free video streaming platform like YouTube, you would see how the resolution options escalate to 4K. The same is true for Netflix and its video streaming potential that ascends from SD to 4K.

Netflix recommends 3 Mbps download speeds for SD quality, and if you move to HD you would require 5 Mbps or so. But for Ultra HD, internet speeds as high as 25 Mbps would be a must.  Here, it would benefit to know that watching Netflix shows in HD also depends on the plan you have chosen because Netflix categorizes HD streaming into separate plans. You can tweak your video quality settings and tune-up to HD if that is what your Netflix plan allows you.

Streaming on Twitch, if you are a gamer, can be sufficient with the same internet speeds as required for Netflix. The recommended standard or minimum speed necessary to stream video content on Twitch remains in the range of 2.5 to 4 Mbps. YouTube also caps its speeds within a  range of 1.5 to 4 Mbps. This can be therefore considered the minimum recommendation.

The key to a seamless gaming experience, however, is a smooth and lag-free internet connection. High-speed internet by Spectrum in Dallas, TX can power up your gaming with a starting speed of 100 Mbps that guarantees zero buffering and all the strength to carry the weight of multiple gamers at once.

PC gaming has a wider spectrum and each game comes with a subsequent set of requirements. That’s why the download speeds also vary as compared to console gaming where you have a limited set of online games – quite unlike PC, where games are further categorized into RPG, MOBA or FPS Mode. All these categories heavily rely on both FPS and internet speeds making it a dire need to have a steady and reliable high-speed internet connection. How does Spectrum Internet rank against service from other providers and their respective speed offers for students? As a student, it’s normal to get speeds that fall around 100 Mbps at most; quite obviously Gig-level speeds would feel hefty on the student-pocket.

The right internet packages for students?

BuyTVInternetPhone’s primary recommendation is a duo that you get for 109.98/mo. and the bundled price you pay remains locked for one whole year. What do you get? Well, high-speed cable internet starting at 300 Mbps and a wide array of channels that number above 125.

If you introduce the affordability aspect to the picture and consider the average Dallasite student, Standard Internet from Spectrum would suffice both in terms of speed and pocket-friendliness – after all it puts forward 100 Mbps-fast internet for under $50.

The hype surrounding how people are resorting to cutting the cord sounds like fake news that will dwindle away due to the presence of all-encompassing TV entertainment options provided by Spectrum Cable in Dallas TX.

For a standard household, you don’t really require the richest TV tier rather something more modest, yet not too basic. And Spectrum’s TV Select is just that. Channels are aplenty i.e. 125 and along comes a bucket full of goodies e.g. free HD programming, access to On Demand titles and network apps, as well as the free Spectrum TV app which lets you watch TV on-the-go.

Spectrum’s TV Select, perhaps one of the most commonly subscribed to TV plan from the provider as both standalone and bundled, is suitable for powering up and satisfying the entertainment needs of a Dallasite household that is a little modest about enjoying TV but wants quality content. Carrying a highly affordable price tag of $44.99 with the rate locked for 12 months, TV Select from Spectrum comes with the option to add on premium, sports or international programming as per your requirement if necessary.

And oh yes! Spectrum sure does not forget the residents of the city who have gathered in the D Town from all around the globe. International programming options from Spectrum bring these ex-pats the flavors of their respective motherlands.

Coming back to Spectrum TV Select, let us remind you the plan comes with the provider’s no contract policy as well as the offer to buy out your existing contract for up to $500. So no need to fear an Early Termination Fee either with your current provider or the future one i.e. Spectrum Cable in Dallas. 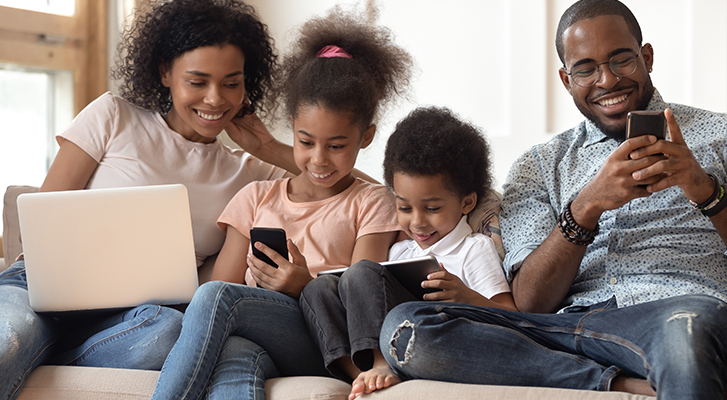 Spectrum TV for entertainment and Sports

ESPN, Fox Sports 1, Golf Channel, and SEC Network are just a few of the channels sports enthusiasts can watch with Spectrum Cable TV. Sports coverage by Spectrum is pretty all-encompassing when it comes to the regions serviced by the provider. And that aspect does tend to amplify the cravings of sports lovers who would like to get their hands onto the most content for the least price.

If however, you are willing to pay a little more and get much more in return, Spectrum has the option for you to add-on a Sports package that gets you to access to favorites like NBA, NFL and NHL all in one place.

Movies and shows, series and serials too get maxed out when you choose a higher tier or subscribe to premium channels of your liking as an add-on.

So yes. Whether you are a sports fan or a movie buff in Dallas, know that Charter Spectrum™ has got you covered more than well and that it won’t cost you an arm and a leg to keep yourself entertained either.

Hold your horses! Despite us streamlining information about Spectrum TV Select and Standard Internet, it’s still recommended you head over to Spectrum Sales Support or call 1-855-423-0918 before subscribing to an internet or TV plan of your choice. Spectrum trail-blazes into the ISP realm with its fiber-powered cable broadband. As a Dallasite, it would be upsetting if you don’t get to leverage the offerings from the provider to the max.

How do I order TV and Internet from Spectrum in Dallas, TX?

It is a pretty simple and easy process. You just have to enter your address in the system and based on that it will show you the options available in your location. Then you can select whichever option you find according to your needs and requirements. You can then check the pricing and see if it fits your budget. The provider will then be connected to you.

What is the cost of Spectrum Internet only in Dallas, TX?

How much is Spectrum TV per month in Dallas, TX?

How much is Spectrum Internet, TV and Phone in Dallas, TX?

Can I watch Netflix uninterrupted with the Spectrum cable internet packages?

Yes, you can watch Netflix uninterrupted. Just select the right package with the right speed for you.