Does Spectrum Internet have 5G? 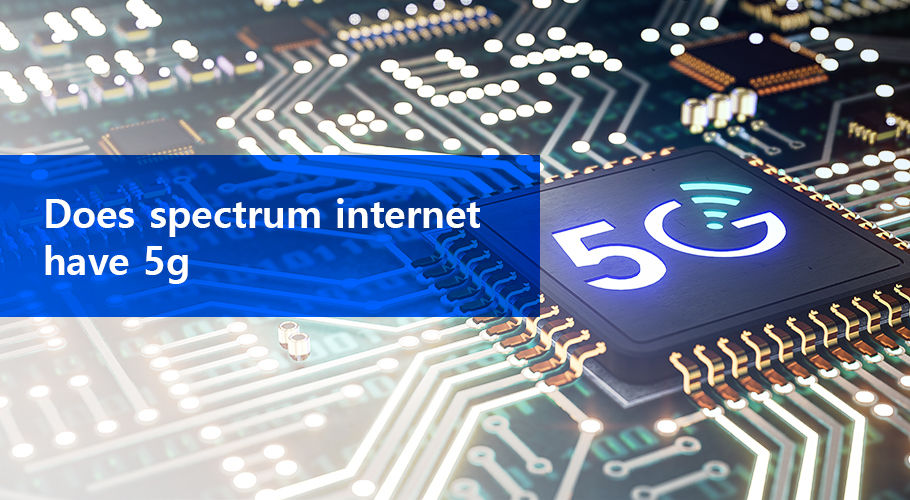 5G has created quite a buzz since its arrival; there has been a lot of speculation and daydreaming as to how 5G, the next generation of wireless technology, will change the face of all that is tech. So it’s a little wonder everyone is keen to hear about what plans one of America’s top internet providers has in store for 5G.

Charter Spectrum™ announced its intentions to launch 5G service for its Mobile plans, earlier this year. A kingpin among the fastest growing mobile broadband providers in the U.S., Spectrum delivers top-notch speeds via the best mobile devices at spectacular value. The introduction of 5G services is yet another milestone in its list of ambitions.

Where is Spectrum 5G Service Available?

Spectrum 5G service is envisioned to reach every region of the U.S. in the coming years. This year the company has plans to expand its footprint in 34 cities. Residents of these cities will experience faster millimeter-wave (mmWave) and high-band 5G service in the most densely populated select urban areas, courtesy of Spectrum Mobile plans, and their 5G-enabled devices. These devices will quickly and effortlessly connect users to the fastest available network in the area such as Spectrum Wi-Fi, 4G LTE, and 5G, depending on their location.

What are Spectrum 5G Supported Devices?

5G service can only work with a 5G-capable smartphone and SIM card. Conversely, your 5G phone would work on a 4G network along with 5G.

The following devices are compatible with the Spectrum 5G service:

The newest and powerful members of the Samsung mobile family are now available on Spectrum Mobile, ready to deliver the ultimate Spectrum 5G experience to users.

The Galaxy S20 series comes with an AI-powered camera system coupled with a bleeding-edge sensor, which will deliver amazingly crisp and clear details both in still and motion imagery. Moreover, the 8K video shooting capability is one of the dozens of high-powered and singular features offered by the series.

Don’t want to discard your current phone to access 5G?

Luckily, Spectrum has a Bring Your Own Device (BYOD) policy for customers who don’t want to purchase a new phone and dump their current one. But, Spectrum will have to check the device model for 5G compatibility.

If it is compatible, hallelujah! You can keep your current number, not pay any additional equipment fees, and switch to 5G without hassle.

What is included in Spectrum 5G Plans?

As it always has been the case with Spectrum internet plans, the provider will not restrict the freedom of its subscribers by placing data caps on 5G plans, or imposing a long-term contract, or any additional taxes or fees. Spectrum 5G subscribers will get to enjoy the following perks at a, particularly reasonable price.

Yes, U.S. is at the forefront of the 5G race. And soon U.S. citizens across the country will have access to the 5G service because all major internet providers are busy building and expanding their 5G networks.

T-Mobile boasts the largest 5G coverage in the U.S., courtesy the recent T-Mobile-Sprint merger. The company has been able to spread its 5G network to 7,500 American cities and 250 million residents by using sub-6GHz band 5G, which offers speeds not much faster than the LTE service, but has a far more extensive reach than the mmWave 5G tech. After ensuring countrywide availability of 5G-- from Los Angeles, CA, to New York City, NY-- T-Mobile is expected to turn its focus to the mmWave tech so it can offer faster 5G internet speeds to subscribers in densely populated urban markets.

AT&T stretches its network far and wide in the U.S. by putting multiple networking technologies to use. From new-gen fiber and high-speed DSL delivered over a fiber-copper hybrid network to fixed wireless and traditional DSL intended for rural consumption. And, since July 2020 wireless broadband from AT&T is also being delivered via sub-6GHz 5G technology.

AT&T’s sub-6GHz 5G network is accessible to 200 million Americans in 395 markets, provided they have a 5G supported phone. Though there are still areas on the East Coast, in the Midwest and the Great Plains, where you can only access the AT&T 4G LTE service.

Meanwhile, AT&T 5G Plus network which employs the millimeter-wave (mmWave) 5G technology, is accessible to 35 cities across 17 states with the largest coverage in California. But, rest assured AT&T’s 5G network is continuously growing and is set to cover every region in the United States.

Verizon was the first to announce expansion of its services to include 5G. However, its 5G network coverage hasn’t been as extensive as anticipated. In comparison to T-Mobile and AT&T, Verizon is providing 36 cities with 5G service. And that too is limited to areas of the city that have a concentration of population. But, the carrier boasts high-band 5G internet speeds, courtesy of the millimeter-wave (mmWave) 5G tech, which forms the backbone of the Verizon 5G network, instead of the sub-6GHz 5G technology.

Expect the service to come knocking at your door in the coming years, since mobile broadband providers are bound to continue spreading their 5G network to the entirety of the US. If you reside in one of the cities with where mmWave-backed 5G coverage is available, you can start living in the future now with available 5G plans.

If 5G is yet to roll out in your region, you can still acquire the fastest internet connectivity for your home with the fiber-cable hybrid Spectrum Internet. Call Spectrum Sales (for ESP user please visit Numero de Spectrum) at 1-844-481-5997 to find out how to get yourself a good deal with Spectrum.

Yes, Spectrum offers its 5G service using the super-fast millimeter-wave (mmWave) tech in 34 cities of the U.S., and plans to expand its footprint in the upcoming years. Call 1-855-349-9315 for more information.

What are Spectrum 5G Internet plans?

T-Mobile and AT&T are the top 5G service providers in the U.S., reaching 250 million and 200 million American residents respectively, via networks that use the sub-6GHz 5G tech. Verizon and Charter Spectrum™ are next-- serving 34 and 36 cities respectively, and using the millimeter-wave (mmWave) 5G tech. Call 1-855-349-9315 for more information.