What Channel Number is HBO on Xfinity? 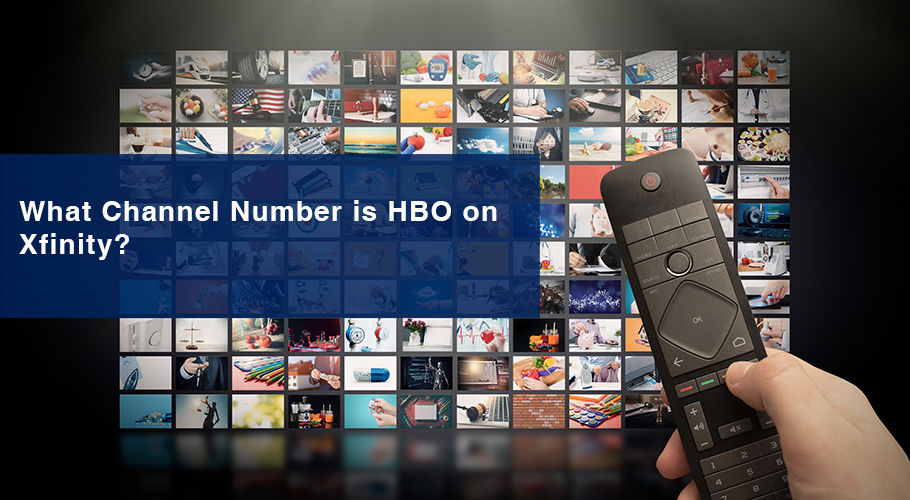 The realm of cable TV service providers is surging with competition—and what makes it still more cut-throat is the rise in the cord-cutting trend. Pressed by the circumstance, cable TV providers have had to introduce innovative ways of watching cable TV so the contemporary viewer can have the flexibility and convenience that is considered a hallmark of streaming services. Xfinity from Comcast is one such cable TV service provider, which has responded to the need of the hour with ingenuity.

Xfinity footprint across the U.S. is impressive—with cable internet and TV services available to over 110 million people in 39 states. Cable service from Xfinity is the most widely available in California, Florida, and Illinois. The provider also ventures into fiber-optic broadband, but availability is very limited at this time—approx. 19,000 people fall in the fold of its fiber optic network.

Xfinity also ranks high in the domain of cable TV services. With the inclusion of the smart TV platform Xfinity X1 in its product/service lineup, subscribers can link their internet service from the provider with the TV service via a single interface—a unified system of entertainment is thus built around a single all-in-one DVR set-top TV box, making content accessible on any internet-enabled device of your choice—PC, smartphone or Tab. With Live TV, sports, streaming apps, and music all in one place, and an award-winning voice-activated remote control, Xfinity from Comcast revolutionizes how cable TV has been traditionally watched.

Other notable features of the Xfinity cable TV service include the FREE Xfinity Stream App which allows you to do more than stream your TV favorites on the go. The Xfinity Stream app, lets you download DVR recordings to watch anytime, even when you are offline. You can also schedule DVR recordings via the app. This way you never miss content you have long waited to watch.

As for the Xfinity Channel Lineup, it is quite an extensive one. There is a variety of plans, and the PREFERRED PLUS gets you over 220 channels—local and popular favorites. HD programming is FREE, and so is access to 10,000 On Demand titles. Premium channel packs are available as add-ons for more spice to the primary Xfinity channel lineup—these packs consist of the crème de la crème of premium entertainment and sports networks. Alongside HBO®, STARZ®, EPIX®, Cinemax®, TMC, and SHOWTIME®, you can choose the Sports Tier too, and stay updated with college & pro sports.

As is known far and wide, when it comes to premium entertainment, there is no other network as rich as HBO®. One network which offers a variety of multiplex channels such as HBO2, HBO Comedy, HBO Family, HBO Latino, HBO Signature and HBO Zone. When you subscribe to the HBO Pack from Xfinity, all sister channels also become part of your TV listing. So you get to enter a portal of entertainment with the whole family! The best part is with the launch of HBO Max™, Xfinity now gives you access to the new HBO Max™ app too!

What Channel is HBO® on Xfinity?

Whether you pick the STARTER or the PREFERRED PLUS from Xfinity TV, both ways you are in for an all-around contemporary TV watching experience. Popular entertainment channels like FX, TLC, HGTV, Bravo, and sought after sports networks like the NFL Network, NBA TV, MLB Network are all there to cater to all kinds of TV cravings. And, when you add America’s favorite HBO®, you bag 5 quality HBO network channels for $15/mo. which is quite a bargain. Because, from comedy to family movies and Hollywood blockbusters, you will have it all within your reach.

Chances are you already hold an Xfinity TV subscription and have landed here looking for the channel number for HBO on Xfinity. Well, here is it then— numbers for the HBO channel on Xfinity, as well as for HBO sister channels.

What to Watch on HBO®?

The current HBO programming is a mash-up of a variety of genres, Hollywood blockbusters, and HBO originals. Some of the most popular titles from the current HBO lineup include His Dark Materials, Euphoria, and Westworld. The American network is also globally renowned for the ever-popular TV show, The Game of Thrones. While the network may not have much to cater to younger audiences, it is a breeding ground for television series, movies, and documentaries that are rated these MPAA film ratings: PG, PG-13, NC-17, R, and G.

As an Xfinity TV subscriber, here is a flavor of what you can catch on HBO®.

A Little About Current HBO® Favorites

The future is robots. And this American science fiction TV series takes the notion a bit too literally. Set in a dystopian world, amusements are no longer limited to rollercoasters, arcades, or picnic spots. In this world, one popular spot of amusement is Westworld—an Old West-themed amusement park where your hosts are androids. You get to interact with them, and explore deep caverns too—the androids fulfill the guest every desire, no matter how dark, but are incapable of causing them harm. But, everything begins to go direly wrong when the android hosts start to develop a conscience themselves.

Created for BBC One and HBO®, His Dark Materials is a fantasy TV series based on Philip Pullman’s novel that goes by the same name. The TV show is set in a fictional world where humans and their mystical soul companions called Daemons co-exist. These Daemons are a manifestation of aspects of the human soul. The story centers on Lyra, an adolescent girl who did not ever expect to witness a dangerous secret that sets her off on a heroic journey upon which she encounters a boy named Will.

Based on the Neapolitan Novels by Elena Ferrante, My Brilliant Friend is an Italian and Neapolitan coming of age TV series created for HBO®, TIMvision, and RAI. Despite being a foreign language TV show, My Brilliant Friend managed to secure over 1 million viewers on HBO® alone. The show’s popularity earned it two seasons whereas in April 2020 a third season was greenlit for production. My Brilliant Friend’s plot does not revolve around magical creatures, nor does it showcase a thrill-filled dystopian world. It is a story of friendship and nostalgia that is set in the alluring city of Naples in the 1950s.

Stephen King’s work has been adapted into movies, TV shows, miniseries and so much more over the years. The Outsider is King’s relatively recent work and has been adapted into a horror crime miniseries for HBO®. A heinous murder has been committed and investigators are working to solve the case. Little do they know a supernatural entity might be behind the crime.

HBO® also has a plethora of TV shows currently under development. So, if you want to stay updated with the daily schedule of your current favorites and upcoming TV shows and movies on HBO®, click here to check the schedule.

A Flavor of Xfinity TV Packages

Once you get your hands on Xfinity TV, you are bound to realize how cord-cutting is thoroughly inept. Xfinity, as a cable provider, is not restricted to the traditional experience of watching cable TV. While sustaining the charm of cable TV channels, the service garnishes the experience with innovative tech that makes your cable TV regime pretty much contemporary. Just in case you are not already subscribed to the Xfinity TV service, here is a flavor of their service plans.

Prices and offers are subject to change. Channel availability is subject to location.

With the Xfinity advanced Parental Controls, you can restrict R-rated content as well as block content for the young ones in the family based on what may be age-inappropriate.

Standalone Xfinity TV plans come in two tiers. And you are given an option to choose a one-year service agreement or no term agreement. With Digital Starter you pay $49.99/mo. with 1-year svc. agreement.

Browse Xfinity bundles here. Pick the one that fulfills your internet, TV, and home phone needs the best.