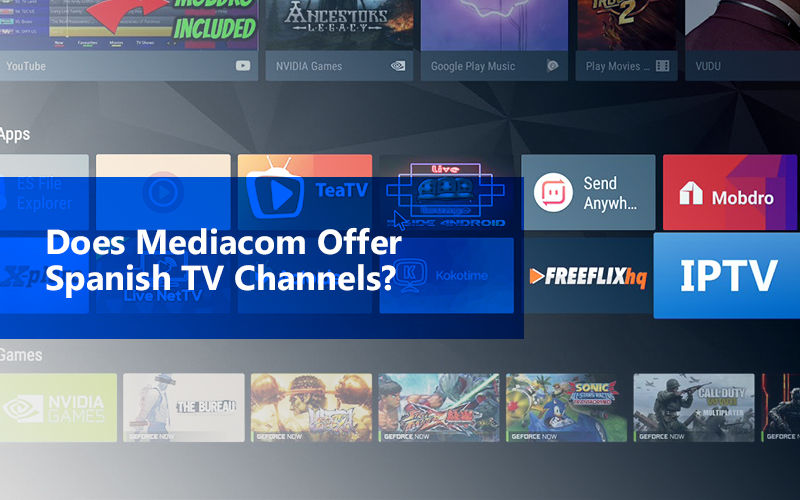 Mediacom Communications is the fifth-largest cable service provider in the US with its footprint engraved in the Midwest and Southwest of the country. With a whopping, 1.3 million customers in 22 states such as Georgia, Iowa, Missouri, and Quad Cities on the Iowa/Illinois border along with many others, Mediacom has been innovatively fulfilling the fast-growing connectivity needs of all diverse social groups living in the Land of Opportunities since 1995.

Mediacom Fulfill Entertainment Needs for Everyone!

Subscribing to Mediacom lets you choose from a range of TV and internet plans with an array of diverse channel lineups and internet speed options that can soar up to 100 Mbps to amp-up your online surfing experience and expose you to the world of epic digital entertainment.

It doesn’t matter if you are born and raised in the US, a 2nd of 3rd generation immigrant or a newbie in the country— If you are stuck with a bland channel lineup and wish to add some of your cultural flavors to it to lighten up your in-home cinematic experience then your prayers have been answered!

The fun-packed Mediacom bring you an exhaustive yet flavorful channel lineup that offers access up to 170 diverse channels along with On-Demand service that lets you watch 20,000 titles including the latest episodes of your favorite TV shows, blockbuster movies, hot news, and sports programs, and 75 HD channels at no additional cost along with TiVo (TV-on-the-go) and much more.

The freedom to choose from up to eight international channels in different languages such as German, Filipino, Korean, and even Vietnamese, etc. adds to Mediacom TV subscribers individual cable subscriptions on an a la carte basis at $9.99/mo. for each channel. This allows them to catchup on all the hot news and latest entertainment from various European and Asian countries.

If you are a Latin American family with roots in Cuba, Columbia, El Salvador, Ecuador, Guatemala, Peru, Puerto Rico, and other regional countries but live in Quad cities, Clinton and surrounding areas in the US then chances are high that you are fluently bilingual.

To let you taste the flavor of your native homeland while sitting miles away, Mediacom brings you “Canales Latinos” – a new channel set that lets you watch Spanish versions of popular cable networks including Discovery en Espanol, ESPN Deportes, Fox Deportes and History Channel en Espanol to update you with all the current happenings in the physical and digital world while you are curled up under the coziest blanket on the couch in your US home.

Back in 2013, Mediacom Communications announced to offer 27 new Spanish channels to its culturally-rich subscribers living along the Iowa/Illinois boundary in its Quad Cities service region.

Mediacom replaced its old Spanish channel-set with 27 channels from “Canales Latinos” to take your binge-watching to the next level by letting you access a plethora of sports, news, entertainment, and educational programming from leading TV networks in the Spanish language.

“Canales Latinos” is one of the five feature-enriched Mediacom packages that each come with at least 20 special channels that can be added to your digital cable subscription for $7.95 (typically for the first digital package).

Mediacom offers a wide range of Spanish language networks in the US with its Mediacom package called “Canales Latinos”. This Spanish-flavored TV package is tailored to offer a new blend of Spanish programming to celebrate the growing diversity within communities living in the US.

Explore the World of Endless Entertainment with Mediacom

It doesn’t matter if you live in the US or any other part of the world, you can never cut off from your roots. Even after spending several years in the US you simply cannot let go of the culture and traditions of your native home.

Subscribing to a Canales Latinos package from Mediacom Communications will make you relive your time back at home by letting you connect to your roots. If you want these channels, hit up BuyTVInternetPhone at 1-855-349-9328 to get more information regarding pricing and subscription.