Rise above the ordinary. Fixed wireless internet service from Rise Broadband gives you high speed internet in flexible plans. Go easy on your pocket with no compromise on quality. Make the most of Rise Broadband availability in your area. If you are in the ‘’Rise line of sight’’, you’ve got it! 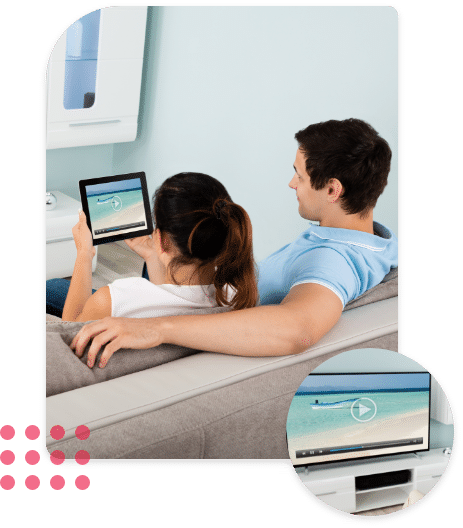 Not Your Average Internet!

Well, we can say it works partly like traditional wired internet e.g. cable and fiber. Because, the backhaul connection to the internet is established via landline hardwired networks that are usually fiber optic. It is from the backhaul tower onward that no cables are involved. Point-to-point signal transmission then occurs via the air over a terrestrial microwave platform.

At the subscriber’s end the connection originates from the Rise Broadband access point located within a few miles of the user’s location. This access point receives the signal from the backhaul tower over a wireless spectrum. And broadcasts it in the direction of the subscriber’s antenna. Rise Broadband uses focused point-to-point wireless devices to rebroadcast the signal. This is unlike the LTE signal, which is sent out in a general direction. That is why if you are in the line of sight of the Rise Broadband access point, you can enjoy a seamless service.

That does not mean Rise does not use the LTE tech. Rather, the provider prefers to use LTE in regions that are densely populated. Because this way a single tower can cover more population and deliver higher speeds. In fact in most current and future deployments, Rise Broadband is relying on LTE tech.

Fixed wireless internet links are cost-effective and quick to deploy compared to traditional cable and fiber connections. And, when it comes to bridging the digital divide, there is no better alternative than fixed wireless internet. Growing infrastructure of wireless networks and the improved ability to deliver fast and reliable speeds make fixed wireless internet a viable broadband solution. This is why Rise Broadband has managed to earn good repute for its quality service in underserved rural America, in particular. 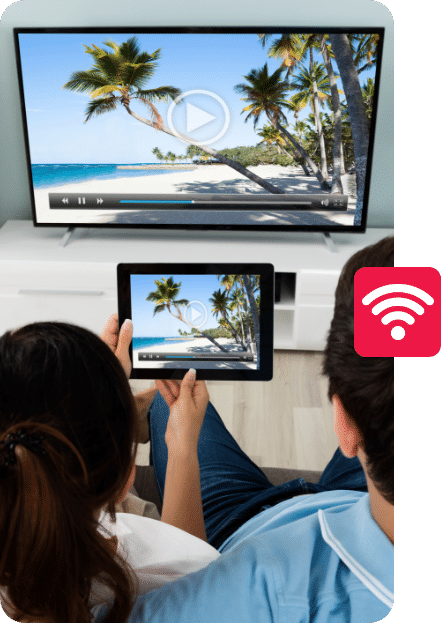 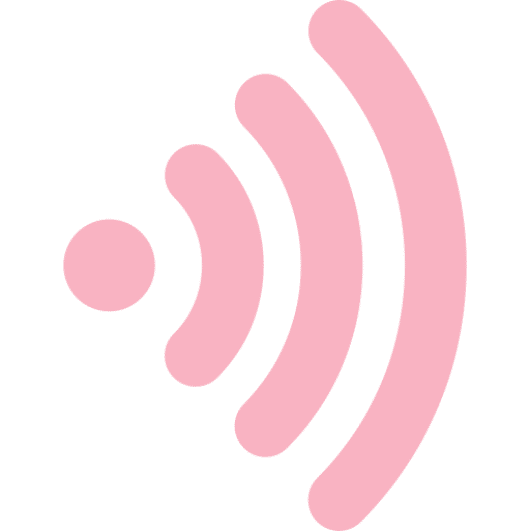 The Rise Broadband network covers 16 states. And helps keep you connected whether you are in the Texan suburbs or rural Colorado. Satellite internet is a common option in such regions. But, compared to satellite, fixed wireless internet comes with very low latency. Signals do not have to travel back and forth all the way between earth and space. Plus, by default fixed wireless broadband is a cheaper option to deploy. And, Rise Broadband lets this cost-benefit trickle down to its subscribers. So what you get is a faster and more reliable wireless connection at a lower cost.

DSL tech is still common across suburban and rural America. Some ISPs offer high-speed DSL connections with Fiber in the Loop in some regions. But for the most part DSL internet comes at slower speeds. And, this alone gives Rise Broadband an edge over the competing broadband type in these markets. So, if you need fast speeds to connect to the internet, Rise Broadband becomes your obvious choice. DSL internet may be very cheap. But the little more money you put into subscribing to Rise Broadband proves every bit worth it.

Rise Broadband offers 5, 10, 15, 20, 25, 50, 100 and 250 Mbps fast internet connections. Although, availability of a speed tier may vary with service location. Each speed tier comes with two data options. You either get 250GB every month or Unlimited. The 250 Mbps speed plan however gives you only unlimited data. Here is an overview of the most popular Rise Broadband internet plans.

Rise Broadband internet offers a range of speeds. But, not all speed variations are available in every neighborhood. What speeds are on offer at your address depends on the Rise Broadband network infrastructure in your area.

In most service locations Rise Broadband makes 25 Mbps and 50 Mbps fast internet readily available. Overall, speeds range from 5 Mbps to 250 Mbps. And, there is a variety of in-between tiers.

As for the 25 & 50 Mbps plans, these are perfect for standard household usage. You can connect more than one device, stream HD, and even enjoy 4K game play.

The fixed wireless internet from Rise Broadband is flexible when it comes to data plans. Rise keeps it simple and makes it an easy call for you. Choose the same speed with either unlimited or 250GB data. Whichever fits your internet consumption pattern, and pocket the best.

Even with 250GB standard household usage gets covered. Especially, if you keep in mind that 1 hour of streaming HD consumes about 2GB. On the other hand, with unlimited plans you get freedom from all data and overage anxieties and do what you love online.

Like it is with data, Rise Broadband does not impose a contract on you. You can pay month-to-moth or sign a 1 or 2 year contract if you want to benefit from a few additional perks like a discount on installation.

Rise fixed wireless internet happens over a robust fixed wireless network with point-to-point signal transmission. Traditional wired options require installation of a costly network of cable lines. And, have to deal with legal hassles connected to usage of access poles and street space. But, Rise Broadband fixed wireless internet is cost-effective and far less complicated to deploy. It only needs you to be in the line of sight of the Rise access points, and have a little space at your premises to install an antenna.

With implementation of new wireless technologies and more available spectrum, fixed wireless internet is all set to become a practical option for millions more across the U.S.

Rise Broadband Watches Your Back

Rise wants you to feel supported, protected and secure with your online experience. The Rise @Home Technical Device Care service is designed to keep your anxiety at bay regarding your online life. And, covers up to 5 devices including computers, Tabs, streaming devices etc. Support is available around the clock.

The service provides you 24/7 help with troubleshooting video streaming services & devices, setting up a Wi-Fi router and assisting with network issues, help with addition of IoT devices to your in-home Wi-Fi network, and more. Your computers get a health-check and tune up, that boosts performance to the optimal level. The service comes at a low cost of $9.99/month.

This Rise Broadband add-on is a computer protection service. Proactive monitoring and system scanning helps you receive an early alert. Software security updates cover the operating system as well as Memory and Task management. Your Firewall is monitored. And, your personal software & anti-virus stay up to date. You can let Rise Broadband handle the protection and maintenance of 5 devices at $14.99 per month.

Rise Secure from Rise Broadband brings you 24/7/365 tech support for up to 5 devices. The service helps reduce risk of threat to your in-home Wi-Fi network. Real-time scans help identify potential threats when you browse. Anti-virus keeps your personal data safe and handles malware. And, you get spam filters for email protection. Choose Rise Secure and make your online experience safe for $19.99/month.

Rise Broadband is straightforward when it comes to money. You get billed for the speeds that you consume and the data you use. Additional service charges are brought into your knowledge. There is nothing hidden, nothing extra!

There is a different monthly subscription cost for all standalone Rise Broadband Fixed Wireless internet plans. Limited data comes for $20 less than unlimited data plans. And, that is an open comparison for you to see. Other costs such as installation, the monthly equipment rental fee, and data overage charges remain the same for each plan.

An Overview of Areas Largely Covered

Widespread availability is a key strength for Rise Broadband. Traditional wired networks are costly and take longer to deploy. So, suburban and rural communities are mostly left to the mercy of satellite or DSL internet. This is the benefit fixed wireless broadband enjoys over wired networks, as well as satellite. Plus, it is now able to compete in terms of speeds with other available internet types in the market. With its expansive wireless network Rise Broadband covers 16 states. And, is a popular choice for suburban and rural America. The provider has made great contribution to bridging the digital divide across its service states. Previously under-served regions are now able to enjoy high-speed internet with the robust fixed wireless network laid by Rise Broadband.

Based on the population covered, following are the areas widely serviced by Rise Broadband.

Installation Of Service: Things You Ought To Know

The process to install Rise Broadband Fixed Wireless internet connection requires authorized professionals or IRTs – Install Repair Technicians. Subsequent to your order confirmation, Rise Broadband IRTs will visit your property. They will get your approval before beginning the installation process, find the right installation-spot, and get to work. The team does some heavy drilling in the wall to install the Cat5 Ethernet cable.

After the Cat5 cable has been placed inside the wall, it’s sealed. IRTs test for line of sight and signal. Then, mount the radio and antenna. It is connected to the Cat5 Ethernet cable. Once the radio is connected to a power source, your router is ready to establish connection to the internet via Rise Broadband.

The process to install Rise Broadband Fixed Wireless Internet is a complicated one. That is why better to leave this task for the professionals only. 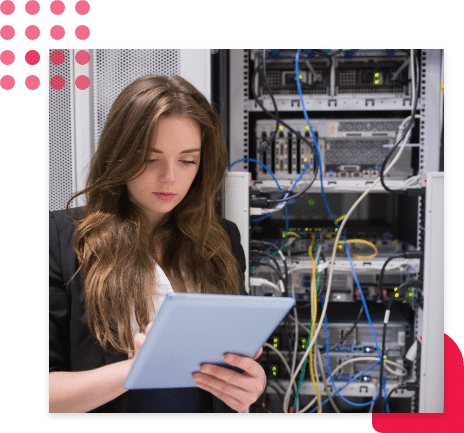 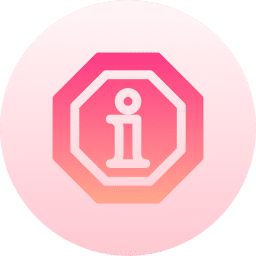 There To Help When You Need

Glitches in the connection are unpredictable. If you ever experience a bottleneck getting between you and high-speed, don’t waste time, and give the experts at Rise Broadband Tech support a call at 1-877-910-6207.

For questions related to plans, pricing, availability and subscription dial 1-844-343-1169 and Rise Broadband will be ready to assist.

1 What kind of internet is Rise Broadband?

Rise Broadband is committed to Net Neutrality. This is why you don’t experience your internet speeds throttle at any point as long as content being viewed is lawful.

3 Can I use my own router with Rise Broadband?

Yes. Rise Broadband lets you use your own router with its service.

4 Does Rise Broadband have a data cap?

Each fixed wireless internet plan from Rise Broadband comes with its own data cap. But, you also get the option to pick the same speed with unlimited data.

5 What is fixed wireless internet?

Fixed wireless internet uses over-the-air radio signals to establish a connection between the main access point and the receiver at the subscriber’s end. The backhaul connection connects to the global internet via a landline wired network which is usually fiber optic.

If you’re experiencing Rise Broadband outage in your area, you can dial in the Rise Broadband Tech support number i.e. 1-877-910-6207. Talk to an expert and inquire about the current network status.

7 How do I check my Rise Broadband internet speed?

8 Is Rise Broadband available in my area?