Connect with Fast and Affordable Speeds

Power your work from home regime with high-speed Frontier Internet. Or use it for leisure time online activities. Frontier internet plans will serve your needs. And, fit your budget.

For 12 months. One-time charges apply. Service subject to availability and all applicable terms and conditions. Speeds may not be available in all areas. Max speeds are wired speeds. Wi-Fi speeds may vary. Performance details at frontier.com/stateinternetdisclosures. 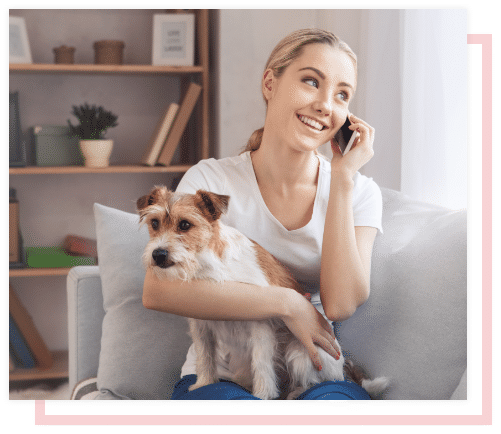 Nothing keeps your productivity levels up better than a solid internet connection during weekdays. And nothing keeps you entertained on weeknights and weekends like a fast online connection that is all yours. Frontier Internet gives you a consistent performing connection, because you do not share the line with your neighbor. And it is fast, because it comes boosted by Fiber in the Loop. Frontier’s extensive industry experience plays a critical role in getting you network-ready access to a reliable connection. You can bank on it to take care of your work from home needs without a glitch.

Frontier Internet is widely available in all Frontier service states—at low rates that are locked in either for Life or one full year—depending on the plan you choose. Plus, Frontier does not ask you to make an annual commitment!

Which Frontier Internet Plan is Your Best Fit?

Frontier Communications takes pride in its long history of connecting people. Frontier’s sturdy copper network infrastructure covers urban, suburban and rural parts of the U.S. equally well. Frontier Internet speeds may not seem too glamorous when compared to cable broadband. But, it is only sensible not to be fascinated by speed alone. Reliable Copper internet from Frontier connects you via a dedicated line without anyone else eating on your bandwidth. And, depending on your location, you can get a Frontier internet connection which is as fast as 115 Mbps.

Frontier Basic Internet is a practical choice for a great number of internet users in rural America. Where the demand for speed is not as high as in urban or suburban regions. And, internet consumption is more so limited to the necessary tasks.

For 12 mos. One-time charges apply. Service subject to availability and all applicable terms and conditions. Speeds may not be available in all areas. Max speeds are wired speeds. Wi-Fi speeds may vary. Performance details at frontier.com/stateinternetdisclosures.

Packages are subject to change. Availability may vary by location.

You can add voice service from Frontier to any Frontier internet plan—at a discounted rate. Frontier Unlimited Voice cuts the stress level. Because, it lets you stay connected with your loved ones without having to count the minutes or being anxious about the monthly bill. You pay every month at one low flat rate. The best part is unlimited calling is not restricted to the U.S. or U.S. territories alone. You can connect with family and friends in Canada and Mexico too. And, you can make use of many handy calling features as well as voicemail. So if you want to pay less and get more, choose an internet and voice bundle from Frontier.

$54.99/mo. For 12 mos. Taxes, govt. surcharges and one-time charges apply. Service subject to availability and all applicable terms and conditions. Speeds may not be available in all areas. Max speeds are wired speeds. Wi-Fi speeds may vary. Performance details at frontier.com/stateinternetdisclosures.
Order Now

$62.99/mo. For 12 months. Taxes, govt. surcharges and one-time charges apply. Service subject to availability and all applicable terms and conditions. Speeds may not be available in all areas. Max speeds are wired speeds. Wi-Fi speeds may vary. Performance details at frontier.com/stateinternetdisclosures.
Order Now

Frontier Communications has been in the business of connecting people for a very long time—the company is proud of the expertise it has gained over many decades by helping Americans connect to what matters the most. Frontier provides two types of broadband connections over its Copper and Fiber networks.

In terms of speed, fiber internet is much more tempting than DSL—data transfer occurs via fiber optic lines in the form of light pulses and you get truly blazing-fast speeds. Whereas DSL is an older networking technology—even though it has now been enhanced and updated to transfer data at speeds over 100 Mbps.

In terms of availability however, DSL from Frontier beats fiber broadband.

Frontier FiberOptic Internet is limited to select regions as of yet – mainlyin dense urban parts of California, Texas, Florida and Indiana. You can access fiber broadband from Frontier in select parts of Connecticut, Illinois, Minnesota, North & South Carolina, Ohio andNew York as well. While in other regions, high-speed DSL from Frontier–which comes boosted with Fiber in the Loop– is widely available.

Frontier’s traditional Copper network covers vast regions in 25 service states—including rural and suburban America—making it a natural choice for those who keep a traditional landline. In areas where Copper Internet comes boosted by a fiber backbone, it can bring you speeds up to 115 Mbps, while in remote rural regions available speeds are as fast as 6 Mbps. 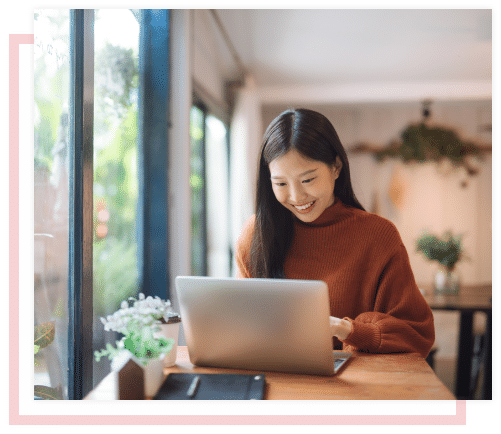 Yes. Frontier believes in utmost consumer satisfaction. Anytime you have a complaint or a concern regarding the service that needs to be resolved, you can get in touch with Frontier Customer Service at 1-855-267-6678.

Frontier Communications phone service can be utilized without an internet service and vice-versa.

Frontier internet connections are available in a variety of types and speeds. What is important is that you subscribe to the type of connection and the speed which does what you need done. You should not pay for speed you don’t utilize.

Frontier Communications DSL internet is available across 20+ Frontier service states. But, FiberOptic internet from Frontieris available in select regions. If you want to know about availability of Frontier Internet in your specific area, you can call 1-855-267-6778.

Frontier Internet essentially furnishes two types of connectivity – DSL and Fiber. As far as DSL internet, Frontier is the 5th largest provider in the U.S. while fiber broadband from the provider is available in 4 states at this point in time. DSL from Frontier comes mostly boosted by a fiber backbone and delivers high-speed connections.