What Channel is Lifetime on DIRECTV? 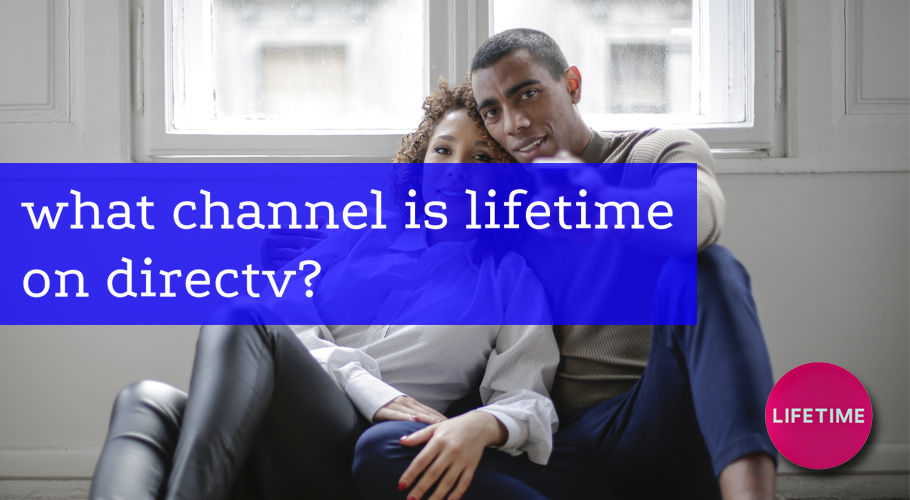 It may seem like the entertainment industry has taken its time to genuinely embrace the notion of women empowerment, neverthelessit didfinally set off on that path. In an industry that is expected to be worth 2.6 trillion U.S. dollars in 2023,the role of women has significantly altered in recent years. The Center for the Study of Women in Television and Film, more recently reported“Women made unprecedented gainsas protagonists in the top-grossing films of 2019”, while a San Diego State University report said “more than 10% of the directors on last year’s top films were women, which was more than twice as many as in 2018 and the highest number in over a decade.”

In an era when women have finally begun to gain the recognition they deserve, it’s about time we accredited the entities that have contributed to making this possible. Today we’re here to talk about theone channel which has remained focused upon making women, from all walks of life, feel represented and empowered. Yes, you guessed it right. So all you women out there, if you’ve been longing to feel represented and heard, make sure you have a monthly subscription to the Lifetime Channel – that is a must-have!

Lifetime Channel – In a Nutshell

Lifetime is a basic cable channel - a subsidiary of A&E Network co-owned by Hearst Communications and The Walt Disney Company. The network is known to focus on content that features the modern woman. Lifetime articulates its mission as “committed to offering the highest quality entertainment and information programming, and advocating a wide range of issues affecting women and their families”. The BROAD FOCUS®global initiative taken by A&E aimed at providing “women with opportunities to write, develop, produce and direct content for the company.” And this program indeed placed Lifetime in the leadership position - as far as finding and nurturing talent and using female creativity to develop women-focused content. Encouragement in this direction resulted in the making of a mini-movie The Lady Cave and rendered BROAD FOCUS a platform that could be used to showcase female talent in various niches of film making. That is why the participation of women writers and directors in Lifetime TV movies rose to 50% and 29% respectively in the space of just a few years.

Lifetime was launched in 1984 and has since carried the slogan ‘TV Worth Living’. Today, the channelbreathes life into almost 94 million American households with programming initiatives that are all about breaking television free from typical clichés of a male-dominated culture.

In the past, the channel bagged popularity for airing game shows like Shop ‘til You Drop, Rodeo Drive, Supermarket Sweep, and more. And also produced scripted dramas of the likes of Devious Maids and Witches of East End. More recently, Lifetime has been focusing on broadcasting TV films and reality shows, like Dance Moms and our personal favorite Supernanny. The channel also broadcasts reruns of syndicated series such Grey’s Anatomy, How I Met Your Mother and more. As for feature films, Lifetime channel not only produces and airs its own TV films under the label of Lifetime Pictures, but also those previously shown by other networks. These made-for-television films, are targeted towards women, and are aired on Lifetime Movies as well.

DIRECTV – Why You Shouldn’t Stay Deprived of it?

Settling for a TV service that fails to meet the entertainment needs of every member of the family is not what anyone wants to do. This is why for a household filled with entertainment-buffs the best option would be DIRECTV. DIRECTV from AT&Thassince long powered up TV sets across the USA viaits quality direct broadcastsatellite service. If you have kids in the family who want ‘We Bare Bears’ on the screen before breakfast every morning, or grandparents who enjoy spending their time watching nature on TV, DIRECTV will have you covered.

AT&T DIRECTV offers an extensive channel lineup with each of its half-a-dozen packages.The highest number of channels offered by DIRECTVin its most elite package is over 330, inclusive of premium networks. In addition to an all-round channel lineupcut to fit various consumer needs, DIRECTV adds to your entertainment options with a generous Video on Demand library and a variety of TV add-ons. The picture in picture feature, Genie HD DVR, industry’s best picture format, all-round DIRECTV app, etc. - everything is geared to take your televisual entertainment to a completely new level and help you revolutionize your TV watching experience.

So, if you’re apprehensive that your busy routine may make you miss out on your favorite Lifetime shows, all you need to do is summon DIRECTV’s Genie and that is pretty much it. Genie HD DVR records up to 5 HD showssimultaneously.You can watch on any screen at any time - at home with the whole-home Genie HD DVR or via the DIRECTV app as you commute!

Not one or two, but, there are 6 packages that DIRECTV offers. Each package comes with an abundance of features and a specific TV channel lineup. If you’re curious to know whether Lifetime is available in DIRECTV packages or not, then lo and behold, Lifetime Channel is available on all packages offered by DIRECTV and that too, in real HD! However, just to make things very clear, allow us to take you through each package individually.

Save More and Enjoy All the Same with DIRECTV

DIRECTV is all about offering you entertainment-loaded services that don’t drive you crazy with their hefty prices. You like a channel; you go for it – a simple motto that DIRECTV lives by. You can subscribe to DIRECTV SELECT for as low as $59.99 a month. And, you can also take your experience up a notch by pairing it with the ultra-reliable AT&T Fiber that gets you speeds up to a whopping 1 GIG. If you wish to subscribe to a complete suite of services from AT&T, you can combine DIRECTV and AT&T Fiber with AT&T’s affordable home phone plans too. AT&T Triple plays with DIRECTV start from $109.97 per month.

It’s about time the stereotypes turned around. Gone are the days when women had a few options to watch women-focused TV content. With Lifetime Channel on your DIRECTV package, all ladies out there can unwind with their favorite shows and TV filmswatching content that truly rings a bell - makes them feel heard, represented and empowered! So, get in touch with AT&T and check for the availability of DIRECTV packagesin your area today!

You can also watch Lifetime Channel on AT&T TV

What Channel is Lifetime on DIRECTV?

Lifetime Channel comes on channel no. 252 on all DIRECTV packages.

Can I get Lifetime Channel on DIRECTV PREMIER Package?

Lifetime Channel is available on all packages offered by DIRECTV in HD! To know more about DIRECTV packages, contact DIRECTV customer service at 1-888-388-4249.