What Channel is Cartoon Network on DIRECTV 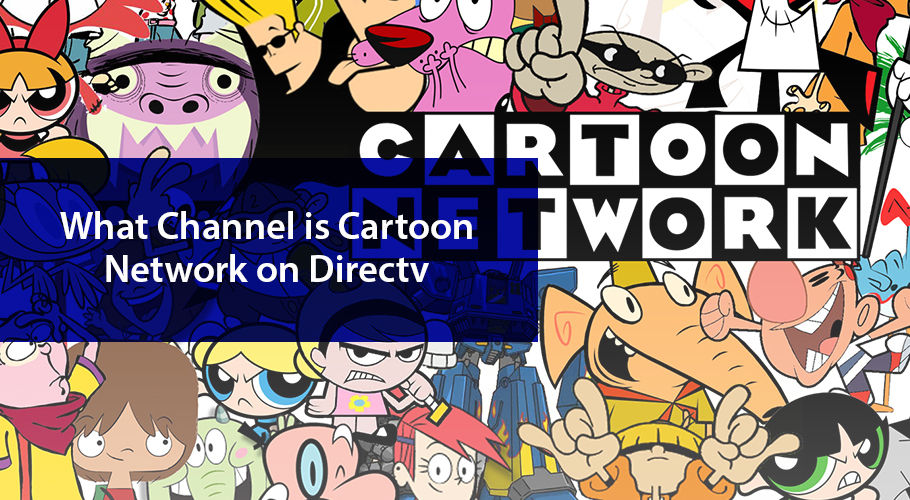 DIRECTV, the #1 satellite TV provider in the U.S., brings you feature-rich entertainment from hundreds of channels and allows you a myriad of ways to watch your favorites. And, quite as expected of a service provider that aims to cater to the needs and wants of all American households under the clear southern sky, the exhaustive DIRECTV channel lineup includes the Cartoon Network.

Launched in 1992 under AT&T's WarnerMedia wing Warner Bros. Entertainment, Cartoon Network is an American cable TV channel that primarily showcases children’s programming aimed at preschoolers as well as teens and tweens, aged 7 to 15.

The channel broadcasts animated TV shows that originate from their in-house studio, as well as third-party content from other studios, in different programming blocks. Cartoon Network’s overnight daypart block Adult Swim targets young adults and is essentially considered a distinct unit for marketing and promotional purposes, as well as in terms of assessment of ratings by Nielson.

Originally, the channel aired cartoons round the clock, majorly in a half-hour or hour-long packages including Droopy Dog, Tom and Jerry Show, and Looney Tunes, etc. In the first years following its initiation, Cartoon Network's programs such as Cartoon Planet, SWAT Kats: The Radical Squadron, 2 Stupid Dogs, and The Real Adventures of Jonny Quest were simulcast on TBS and/or TNT – both full-service cable TV channels that offered a myriad of programming genres. These simulcasts were means to increase the viewership of these shows and Cartoon Network itself.

Towards the end of the first decade of the 21st century, Cartoon Network announced 12 new series and a new programming block called DC Nation, and also revived its Cartoon Planet block to air classic cartoon series – the channel’s original programming from the late 1990s and mid-2000s.

Cartoon Network offers an array of action and comedic cartoons—that’s why kids of all age groups love it. Tune in to Cartoon Network on DIRECTV to watch classics and animated originals, such as The Powerpuff Girls, The Amazing World of Gumball, Ben 10, Mao Mao: Heroes of Pure Heart, Apple and Onion and many more. You can visit the DIRECTV website to check out the Cartoon Network DIRECTV schedule so that you never ever miss your favorites!

Frankly speaking, searching for Cartoon Network on DIRECTV among hundreds of channels can be time-consuming if you don’t know what exact number to jump onto. Going back and forth through numerous channels to find the one that you want to watch can get on your nerves especially when you need to catch up on your favorite TV show or movie.

Fortunately, you have come to the right place because today we will make the DIRECTV channel hunt easy for you. The tables below will help you find Cartoon Network on DIRECTV in a jiffy.

DIRECTV NOW, rebranded as AT&T TV NOW late last year, is an online streaming service that allows you to stream your favorite TV content, On Demand titles, and Live TV to your TV, tablet, or smartphone. AT&T TV NOW packages start at $55/mo. and allow you to feast your eyes on up to 125 Live channels including the likes of AMC, BBC America, Cartoon Network, Comedy Central, Discovery, E!, Food Network. Local broadcast networks such as ABC, NBC, CBS, etc. are also included (where available).

How to Activate Cartoon Network on DIRECTV NOW

DIRECTV offers you six well-tailored packages to let you opt for the best fit for your monthly budget and entertainment regime. DIRECTV plans come loaded with epic features at competitive prices-- starting as low as $59.99/month and helping you upgrade your TV without breaking the bank.

The half dozen DIRECTV packages are designed to bring you an immersive selection of hundreds of channels, that take your TV entertainment up a notch, without you having to stretch your monthly budget.

Whether you live alone or in a house full of TV buffs of all ages. DIRECTV packages bring you oodles of primetime entertainment, kids, news, family, educational programming, sports, and so much more. From local to popular, and premium channels—DIRECTV packages offer diverse options to fulfill the entertainment needs of your whole family! Courtesy the all-round channel lineup that furnishes options such as Fox, CNN, Abc, Syfy, Disney, and Cartoon Network on DIRECTV, all age groups can fuel their binge-a-thons.

What’s more, you can also bundle your DIRECTV with AT&T Internet and AT&T phone-- relish high-quality services while saving up to $240 during the first year of your subscription. If you need more information about DIRECTV packages, feel free to contact the AT&T DIRECTV Customer Service or call at 1-855-820-1220 whenever you like.

What Channel is the Kids Channel on DIRECTV?

Kids Mix comes included in All DIRECTV packages. You can watch Kids Mix on DIRECTV in SD on channel number 199.

What Channel is the We Channel on DIRECTV?

Luckily, We TV comes included in all DIRECTV packages. You can jump on to channel number 260 to watch your favorite content on We TV.