The Texas Chainsaw Massacre franchise is a globally renowned name. The 1974 TCM® film is deemed one of the pioneers as far as Slasher movies. Soon the genre garnered attention in Hollywood and many horrors and/or comical takes on Slasher movies emerged.

From the thing of nightmares that is Freddie to every trick-or-treater who wanted to dress up as Ghostface from Scream, the popularity of Slasher movies is immense and surging, but Texas Chainsaw Massacre remains one of a kind enigma. The level of notability the franchise boasts can be judged by the fact it now has eight sequels, comic adaptations and even video games based on the main antagonist, Leatherface.

William Tobe Hooper, one of the best horror filmmakers of all time, is the one who initiated the franchise. With the horror genre still crisp in Hollywood, filmmakers have been constantly experimenting with new ideas. Some are more fixated on mindless gore while some franchises like The Conjuring and Insidious induce horror through jump scares and not gore galore.

But why is Texas Chainsaw Massacre a popular name still? Keep reading to find out.

The Popularity of Texas Chainsaw Massacre

A psychotic family of cannibals. Rings a bell doesn’t it? Several horror movies have had plots centered around this cliché - a cliché that has driven more names to the slasher movie genre. Soon Freddie, Ghostface, and Michael Myers, as well as other movie villains, gained even more popular than they had enjoyed before.

The factor that makes Texas Chainsaw Massacre so notable doesn’t link with how gory the movie is or else it would have been just another Saw movie that piles sequels upon sequels, gets visually brutal with every sequel, but still does not match up to the puzzling flair of horror the first Saw movie brought forward.

Why is Leatherface so noteworthy? Other than boasting a mask made of human skin, the chainsaw-wielding cannibal has been evoking horror for years while the sequels only keep on bourgeoning.

Just like many other sequels surfacing, Leatherface was led into another remake despite the original 1974 movie being banned in a few countries. The gross amount of money the movie acquired, made it more than a cult classic, a box office hit in the slasher movie genre. If you compare it to the movie’s subsequent remakes, some crashed the box office, while the 2003 remake managed to generate $107 million business worldwide. 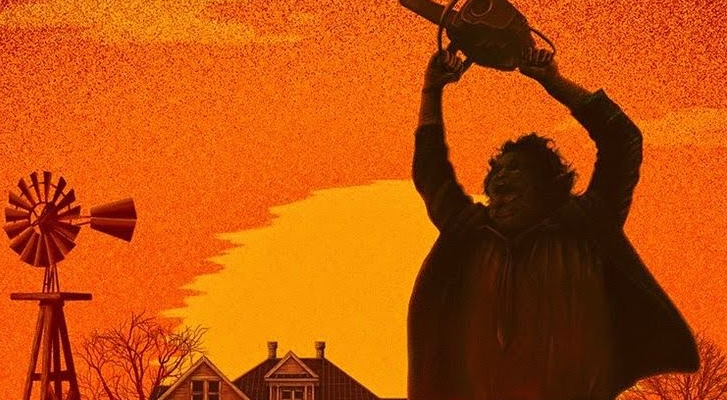 The reboots of popular horror movies have been common in the past few years, in fact so common that you just brush your shoulders, say “meh” and don’t even head on to Rotten Tomatoes to find whether the movie had been a box office disaster or success. There have been some successful reboots though. Child’s Play and its subsequent remakes felt overdone but we got a breather and the most recent reboot of Child’s Play, in spite of an unrealistic and foot-dragging appeal to it, managed to stay true to its roots.

But we aren’t in the mood of leaving Texas just yet, not so soon, and not without a reboot of the slasher classic movie. We are here to stay and see what other unexpected events unfold. The new Texas Chainsaw Massacre reboot has found its set of directors, Ryan and Andy Tohill, who also directed ‘The Dig’. This new horror project is highly awaited; despite the crashing numbers and stature of the prior remakes of the slasher classic movie, we too have high hopes for it.

The scriptwriting is given to Chris Thomas Devlin while the list of producers includes Fede Alvarez and Rodolfo Sayagues. No official statement regarding the reboot’s plot though. Yet, we can say as much: since the film has been tagged as a ‘reboot’, it will certainly follow a plotline similar to Hooper’s 1974 original film where a bunch of friends ends up in a face-off with a family of cannibals and a lunatic that puts Pyramid Head from Silent Hill to shame.

Pop Culture and Other media

The legacy of Leatherface lives on. But now the legacy isn’t mellowed down into movies alone. Pop culture has been heavily influenced by the slasher icon and has nuances of the cannibal reflect in video games and other media forms.

In fact, the Texas Chainsaw Massacre even surfaced in the realm of comics. While speedy commercial success seemed too far-off, Leatherface comics were published in 1991 by Northstar.

Moving to video games, TCM® didn’t leave out this avenue either. With the original movie having released in 1974, the Atari 2600-era users were lucky enough to get their hands on the TCM® adaptation game. The game was an RPG of its time and allowed players to assume the role of Leatherface able to feast upon his next victims. However, the game was believed to be too violent for its time and did cause controversy not able to earn much of a repute amidst the fluffy and bright Atari games of the time.

We fast-forward to the games of today and see how the slasher classic is performing here: Dead by Daylight, a reverse horror game also termed ‘asymmetric’ gives you the role of popular killer personalities in Hollywood including Leatherface. Mortal Kombat franchise, one that couldn’t do without the classic slasher villain and has Leatherface as a playable character in Mortal Kombat X.

Are you a Dallasite or an Austinite who hasn’t watched the original TCM® yet? Don’t fret. We don’t judge here, we help! Maybe you have watched it and all you need is a pre-refresher to close the plotline gaps. There’s no definite release date of the reboot and surely, it won’t be hitting the big screen anytime soon. Heck, even a teaser is not out yet. But what you could have is a high-speed internet connection to stream TCM® and speculate what becomes of the flesh-mongering cannibals and Leatherface in the upcoming reboot.

Texas Chainsaw Massacre is available on Netflix but you’d require a stable internet connection to stream in SD or HD. Netflix has an internet speed recommendation guide where the platform suggests a minimum of 3 Mbps for SD streaming, 5 Mbps for HD quality and 25 Mbps for ultra-HD resolution.

For more details on Movies Subscribe our Spectrum Silver Package

There are two extreme ends of internet connections. Fiber broadband confers gig speeds, proves to be costly and exceeds the minimum speed recommendation for streaming. On the other end of the spectrum, there’s a dial-up connection that merely sustains, and is highly unfavorable for streaming or multiple device connectivity. However, there’s a middle-ground when it comes to the type of internet connectivity – i.e. cable broadband. Opting for cable internet means you get speeds adequate for streaming, gaming and basic internet browsing without breaking the bank.

With over 80% Texas covered by cable broadband networks, Spectrum Internet stands tall among all ISPs, with a considerable footprint in many major Texan cities, such as Dallas, Fort Worth, Austin, etc. So, if you are a Dallasite, or an Austinite or you are stationed in the 19th-century cowboy trading post i.e. Fort Worth, you can head to Charter Spectrum™  offers in your respective city and narrow down to a befitting internet connection that allows you to stream slasher classics without data limits.

The Next Classic Horror Remakes

It’s common to perceive reboots as unoriginal content but that’s not the case. The hard-earned repute of horror movie franchises cannot be termed the least compromised. The 2018 sequel of Halloween wasn’t a box-office flop rather ended up earning $255.5 million against a budget of $10 million only. The sequel also secured positive critic ratings and viewership.

The Saw franchise underwent the most upheavals - it was thrown into an abyss of rusty replication albeit its popularity did not get married. Spiral: From The Book of Saw, isn’t a reboot but the ninth installment of the Saw franchise. The film stars Chris Rock, Samuel L. Jackson, and Max Minghella. With a cast lineup so exciting, we just cannot help but get our hopes high!

The most recent and surprising reboot announcement is of Candyman, a renowned supernatural slasher film of the 90s. Jordan Peele takes over the supervision of the remake as a producer and dares you to say the Candyman’s name five times.

Other highly anticipated reboots include the gore-fest Hellraiser and a comical-horror concoction of the Scream. We do hope Scream sticks to its original absurdly comical roots!

With several reboots and classic horror installments coming up, what does it call for? It calls for a rewind time!

Many horror classics are available across streaming services such as Netflix or one can get a cable TV service to equip themselves with a myriad of TV channel options.

Can’t make the decision yet? Contact Spectrum Customer Service or call 1-855-423-0918 to get the latest updates on the internet and cable TV plans in your ZIP.