Spectrum in Dallas Texas: Simply the Best Offers a Dallasite Can Choose!

No matter where you reside, you cannot go a day without internet, TV, your smartphone and/or landline phone. A typical day in the life of a Dallasite involves more than strolling out in Klyde Warren Park, exploring uptown Dallas, or rooting for the Dallas Cowboys. With the continuous upsurge in the use of social media globally, surely you would want to share your shenanigans with your family and friends online and keep those memories intact digitally. For that, an internet connection is imperative. 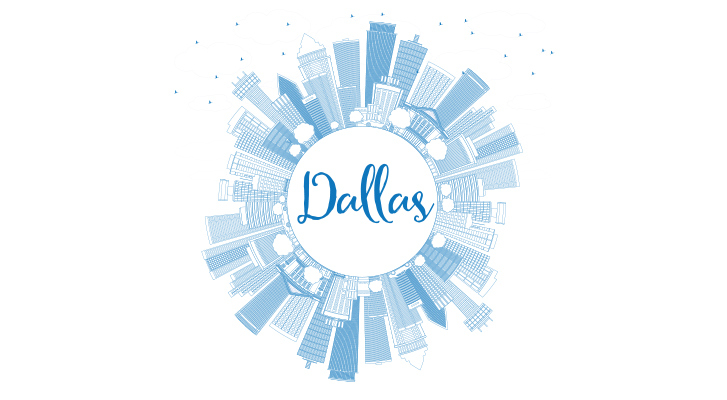 Dallas is a major metropolitan in the southern U.S. state of Texas, sitting on the rolling plains by the headwaters of Trinity River, with a population of approximately 1.3 million people. No surprise the Texan Star shines bright with an abundance of internet offerings from a galaxy of ISPs, which also venture into the provision of cable TV and home phone services for Dallasites. Looking at the overall consumption of telecom services, the primary network option for a typical Dallasite turns out to be cable connectivity. Perhaps the popularity of cable broadband can be more than fully contributed to Charter Spectrum™ in Dallas TX since the Fiber-Coaxial network employed by the provider, in fact, delivers Gig order speeds that are not nearly fiber-expensive. With 100% city coverage, amidst the varied cable service options available to Dallasites, Spectrum, therefore, remains the primary choice of subscribers in the nooks and crannies of the Big D neighborhoods.

Spectrum Internet for Your Dallas Neighborhood

Spectrum Internet spreads far and wide in over 40 states in the U.S. while in Dallas, the stretch of the provider’s network reaches out to the entirety of the city. And that quite tells how progressive the denizens of Dallas are – no less than their country-mates elsewhere. You would easily find Spectrum Internet in Dallas no matter which residential neighborhood you move to; powering your household with a blazing-fast cable broadband connection from the provider will never pose an issue anywhere.

Shall we dig a little deeper into the overall stance of Spectrum as a cable ISP in Dallas and see how well does it rank against the competition? Well, Spectrum is crowned as the 2nd largest residential cable provider nationwide, and the stature has been in no way bestowed upon the telecom behemoth at random. Compared to other cable ISPs, Spectrum unquestionably stands out as a major provider of cable internet and TV not only in terms of its network coverage in the city but the fact the renowned ISP actually manages to furnish fiber-fast speeds for Dallasites at cable broadband rates.

So what are the offerings the telecom giant brings to the Texan Star? How do these offerings benefit and power up the residents of the city?

Well, despite fierce competition from other big names in the U.S. telecom industry, Spectrum doesn’t take a step down from its high-speed internet game. Dallasites are therefore in luck. They can avail themselves of multiple speed tiers, standalone or bundled, from Spectrum Internet – a service that can easily boost an impressive starting speed of 100 Mbps widely available to residents across neighborhoods. Oh, and there’s so much you could do with a 100-Mbps fast connection – be it downloading, sharing on social media, telecommuting, streaming or gaming. Why rely on costly fiber broadband speeds when you can enjoy the same speeds with the reliability and affordability that Spectrum is known for?

After all, what’s there that you cannot do with the quality of fast connectivity as ensured by Charter Spectrum™ in Dallas? Nothing that comes to mind! For $49.99/month without facing a hike in price for one whole year, you get a full-fledged internet plan that does not only come with boosted speeds but many perks too – unlimited data, no contract, an internet modem and a security suite all are included with all internet-based plans from Spectrum. The cherry on the top is in-home Wi-Fi connectivity that can put your entire household onto the network while ensuring wall-to-wall coverage at only $5 per month!

Entertainment for the Whole Family with Spectrum 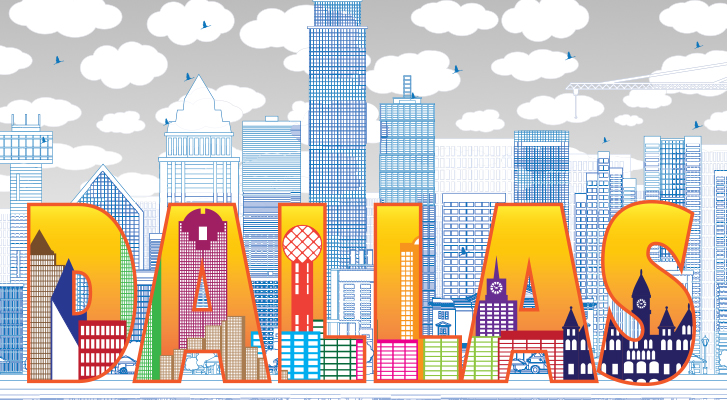 Looking to choose a standalone cable TV plan? Spectrum only scoops out the best TV offerings and consolidates them with an extensive channel lineup that is distributed over varied tiers to fit variable household requirements.

Spectrum TV comes to you with the claim that it brings the most HD content to viewers across its varied and well-tiered TV plans. All TV-based plans from the provider come with an array of channels that include free HD programming and Primetime On Demand. Channel lineups for higher tiers come with Premiums such as HBO®, SHOWTIME®, Cinemax®, NFL RedZone®, etc., while you also have the option to subscribe to standalone add-ons like Premium Channels, Sports Packages and International Programming. Starting from a modest price of $44.99/month with a price-lock for one year, you can in fact set yourself up for non-stop entertainment with Spectrum TV in Dallas Texas.

So whether you are a fan of the Dallas Cowboys or you are looking to get the NBA League Pass to root for Dallas Mavericks, or you are a movie buff and need a premium subscription to watch HBO® exclusives with your loved ones while sipping away on S’mores, once you subscribe to Spectrum cable in Dallas TX you will realize it is a match-made for TV entertainment lovers!

The next time you are itching for entertainment, know that Spectrum has a myriad of options you can leverage anytime anywhere via Spectrum TV App that further powers up and juices out entertainment on the go! Need a TV in your palm? The spectrum covers all spectra of entertainment whether on the big screen or on a mini-tablet.

Surreal maybe, but the fact is cable TV can actually fulfill all your televisual needs, well enough to make you wonder why would someone with the option available ever want to cut the cord?

Your Spectrum subscription would not be complete without a home phone service. Now calling your loved ones nationwide or the ones residing abroad isn’t going to be either a hassle or a pocket-buster. You don’t have to spend hefty amounts of money to dial in a call or dread having to cut it short. Spectrum’s hybrid home phone service makes things simpler for you!

The top choice for Dallasites would be to get the home phone service bundled with an internet plan or for that matter coupled with a TV subscription. After all, wouldn’t it be worth it to pay under $10 for a home phone service that comes with the reliability of the conventional copper line complemented by 21st-century tech?

So what’s the best home phone deal from Spectrum? Well, Spectrum’s best-loved offer, which includes the home phone service, is the Double Play with Spectrum Internet that leaves no needs unmet in under $60/month, while the price remains locked for 12 months. What do you get? You get a full-fledged plan with a home phone that enables unlimited local and long-distance calling, gives you economical options for global calling, as well as making your life convenient with the many digital calling features it boasts. At the same time, Spectrum Internet brings you super-fast speeds, unlimited data and more.

What makes Spectrum home phone service extraordinary? Despite reaching your end via  copper lines, it is in fact a VoIP service that utilizes Spectrum’s private network to keep your communication secure, while ensuring you never experience dropped calls or distorted voice.

Dallasites looking for cable deals for their household should rejoice. They need not exert much to find the best internet, cable TV, and home phone services.  The only thing they would, however, have to do is get a bit ‘zippy’. Their ZIP will determine what offers can they avail themselves of from Charter Spectrum™ in Dallas TX.

Spectrum offers a myriad of bundles in D-Town yet the perfect bundle is the one that covers your needs for high-speed internet, non-stop entertainment, and a home phone service that doesn’t make you feel disconnected from your loved ones.

The best packages a Dallasite can choose? Spectrum bundles vary from duos to trios that don’t leave out any service. Spectrum Triple Play Select is surely the most well-loved that brings you every Spectrum service in one wrap. For an affordable price tag of $99.97/mo. with a price guarantee for 12 months, you get your hands onto a telecom treasure: blazing-fast internet speeds starting at 100 Mbps, unlimited data, an extensive repository of 125 channels with free HD programming, and unlimited calling in the U.S., as well as to Canada, Mexico, Puerto Rico & more regions - all that becomes a reality with the magic of a single Dallas ZIP code.

The package is highly economical and doesn’t ignore the bundle requirements of a typical Dallasite household.

As a subscriber, you not only get internet speeds starting at 100 Mbps and unlimited data, but an extensive range of options to access premium content and limitless nationwide and global calling options. And that is just the tip of the iceberg.

Spectrum Is Always One Call Away

It gets nearly infuriating when your friends settle for a weekend night-out but end up not picking up your call right when it is time to party. You won’t ever go through such escalating levels of frustration with Spectrum customer support. Spectrum always picks up your call, addresses your questions and strives to resolve the situation.

Don’t be upset if you think the representative won’t find the bundle or standalone plan you want to choose. All it takes is a single ZIP code to extract the best offer for your Dallas neighborhood and the Spectrum professionals have been thoroughly trained to do so. Spectrum won’t hang up on you. No frustrating encounters guaranteed!

Not all products, pricing, and services are available in all areas. Pricing and actual speeds may vary. Internet speed based on wired connection. Restrictions apply.

What type of internet does Spectrum offer in Dallas, TX?

What is the cost of Spectrum internet in Dallas, TX?

Spectrum internet has different plans, but the most popular one is the $49.99/month plan that comes with no term agreement, unlimited data, an internet modem, and a security suite.

How can I subscribe to Spectrum internet in Dallas, TX?

You can call Spectrum internet professionals at 1-855-423-0918 to know more about the plans available at your address.

Will I get the promised internet speed at my Dallas, TX address?

Yes. However, do bear in mind that internet speed varies on wired connections.