Spectrum in Cleveland: The Best Cable TV and Internet Offers You Can Get

Just moved into Cleveland? A Clevelander looking for a better internet connection? Need an extensive channel lineup? Enough said. This guide for the best Spectrum offers in Cleveland is for you.

Internet connectivity has always been the need of the hour for Clevelanders, pretty much like their country mates in other parts of the U.S. It’s a city where rock n roll unfolded on a local radio station, but now C Town goes beyond rock music. Cleveland is where the Cavaliers reside and where major studio films have been shot. It’s not an exaggeration to say the life of an average Clevelander is highly dominated by online connectivity.

To delve into this zany city, a solid internet connection is imperative. Gamer and streamer houses aren’t only a trend in L.A. The streaming and gaming scene in C Town might be undersized currently, but ordinary broadband that furnishes lags, jitters and endless buffering loops aplenty, won’t suffice for even light-weight gaming or streaming activities. We, therefore, see 12 ISPs engaged in the provision of varied types of internet connectivity i.e. cable, fiber, DSL and satellite, in residential Cleveland neighborhoods.

How does Spectrum Internet in Cleveland, Ohio help the Gen Z streamers and gamers?

The cable broadband giant currently services 40 U.S. states and in Cleveland, the provider’s fiber-backed cable stretches to 85% of the city. The coverage is significant in residential neighborhoods contributing immensely to the 100% overall availability of wired internet in Cleveland. After all, the broadband realm in the U.S. thrones Spectrum as the 2nd largest residential cable provider, and surely the ISP is not in the city to let Clevelanders down. 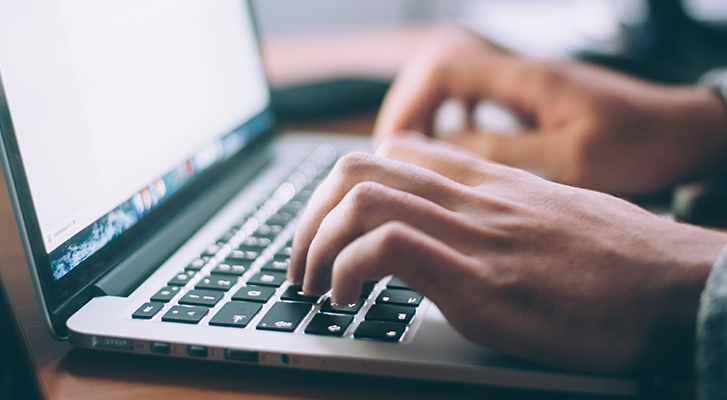 Now that you have an idea of the stance assumed by Charter Spectrum™ in the Rock and Roll Capital of the World, let us look at the comprehensive perks offered by the provider alongside each residential broadband connection it gives out.

Spectrum internet plans are both served à la carte or up-sized into a king-size meal. The go-to preference of Clevelanders is the Standard Internet tier priced at $49.99/mo. with the price locked for one whole year.

The standalone internet plan comes packed with power – in line with Spectrum’s tradition elsewhere speeds start at 100 Mbps and you have unlimited data to let yourself loose. With no contracts to bind you, a free internet modem and a security suite that covers all your cyber safety concerns, Spectrum Internet presents a bountiful plan for the consumption of Clevelanders. If you are seeking reliable high-speed broadband to hook up your entire home, you can get wall-to-wall coverage through in-home Wi-Fi from Spectrum for only $5 more per month.

Spectrum Internet Gig ascends to 940 Mbps in the city albeit only in select areas, while some other neighborhoods can benefit from 400 Mbps-fast Spectrum Internet Ultra. The best part is you get to subscribe to fiber-powered speeds from the provider at the rate of cable broadband -  no need to break the bank to get your hands onto reliable internet connectivity.

Now that sure makes Spectrum Internet a one-stop solution for every Clevelander’s online needs. Doesn’t it?

A genius in intellect. A Hercules in strength. A nemesis to wrongdoers.

Who does it remind you of?

Figuratively not literally, the Son of Krypton was born in Cleveland. The front-face of DC Superman was brought to life in Cleveland by Jerry Siegel and Joe Shuster.

That conveys how the city has always been booming with imaginative individuals and you being a Cleveland denizen would have a similar spark for the TV and entertainment industry. Amidst the plethora of cable TV options, Spectrum cable TV in Cleveland primarily dominates the realm - shining bright like Superman’s crest.

Is it the coverage? Is it the number of channels? Is it the add-ons? It’s everything! The telecom giant outspreads its grasp over the nooks and crannies of Cleveland and is always there to rescue those who yearn for quality TV entertainment, the 21st century-style.

The plethora of entertainment options by Spectrum covers the televisual needs of an average Clevelander quite comprehensively to say the least. Cable TV plans from the provider offer you a fully customized purchase experience, and bundles bring you high-speed internet along with a great channel lineup, with or without a reliable home phone connection.

The go-to standalone Spectrum Cable TV plan in Cleveland is TV SELECT, simply because you just cannot go wrong with this one. The plan is affixed to 125 channels that come with free HD programming, access to a rich On Demand library that scoops out the best entertainment for your household, and the free Spectrum TV App that connects you to TV favorites while on-the-go. For $44.99/mo. with the price locked for one year, Spectrum TV SELECT tells loud and clear of the value it brings to your Cleveland home. If you wish you can subscribe to premium channels of your choice or get a sports package to satiate your cravings on top of the included features.

Spectrum Cable TV caters to a large number of non-natives too, who have made Cleveland their home away from home. If you are one, tune in to watch your favorite shows in your mother tongue by subscribing to international programming options offered by Spectrum in Cleveland.

Getting a landline phone is old-school? Spectrum thinks not!

Home Phone service by Spectrum is cheaper than you may imagine and comes with enticing pros for your household. For your phone service, you can choose the 21st-century fusion of digital tech and copper-line reliability from Spectrum. The hybrid of conventionality and novelty comes at an unbeatable price of under $10 when you bundle it with the internet, cable TV, or both from Spectrum. Either way, you get to avail yourself of crystal-clear voice quality and the option to stay connected with loved ones nationwide without having to count the minutes, courtesy of the unlimited nationwide calling feature this service comes with.

Spectrum Internet Phone brings you 100 Mbps speeds and full-fledged phone service for only $59.98/mo. (for 12 months).

The perks with Spectrum Home Phone? Well, if unlimited nationwide calling does not suffice, there are 28 digital calling features too that make communication in everyday life much more convenient; highly affordable calling rates if you wish to pay-per-call; and the unbelievably cheap Spectrum Voice International that allows you unlimited calling to up 70 countries for only $5 per month.

Spectrum is at its best when bundled - that isn’t an exaggeration by any means. Clevelanders who have subscribed to Spectrum bundles would vouch for that. The logic? With a bundle, you get sustainable service value and more services at a relatively lower price than standalone plans.

Spectrum divides bundles into an array of duos and trios that comprise of multiple services. But there’s always a regional residential favorite - a bundle that brings the best of the telecom realm, be it broadband, cable TV or home phone.

The best-loved package of a typical Cleveland household is Spectrum Triple Play Select. All Spectrum trios are valuable but SELECT is just great for families – it wraps a good three services in a huge burrito with add-ons serving the purpose of gravy on top. Unlimited data, the fastest starting speeds at 100 Mbps, an exhaustive channel lineup of 125 , free HD programming and Primetime On Demand, unlimited calling options, so on and so forth. And the best thing about this Triple Play is that it comes for an affordable price of $99.97 which stays locked for 12 months.

Haste makes waste. The right bundle might just be the one in front of you, so make the right decision. Determine your need for internet speed, cable TV and choose whether or not you want your Spectrum plans bundled. Once decided, contact Spectrum Sales Support or call 1-855-423-0918 to find answers to any unanswered questions and order.

What is the best spectrum cable deal?

The most affordable deal with the best service is $44.99 /month for 12 months.

What is the best deal for cable TV and Internet?

You can take the normal internet package priced at $49.99/month for 12 months and bundle it with a TV to save $5/month.

What internet speeds does Spectrum offer in Cleveland, OH?

Can you bundle Internet, cable TV, and home phone with Spectrum in Cleveland, OH?

Yes, you can! Here are a few packages that offer bundled deals:

Which is the cheapest internet plan from Spectrum in Cleveland, OH?

It begins at $102.97/month keeping in mind that it is bundled with a home TV and phone.