How Much Does Mediacom On Demand Cost? 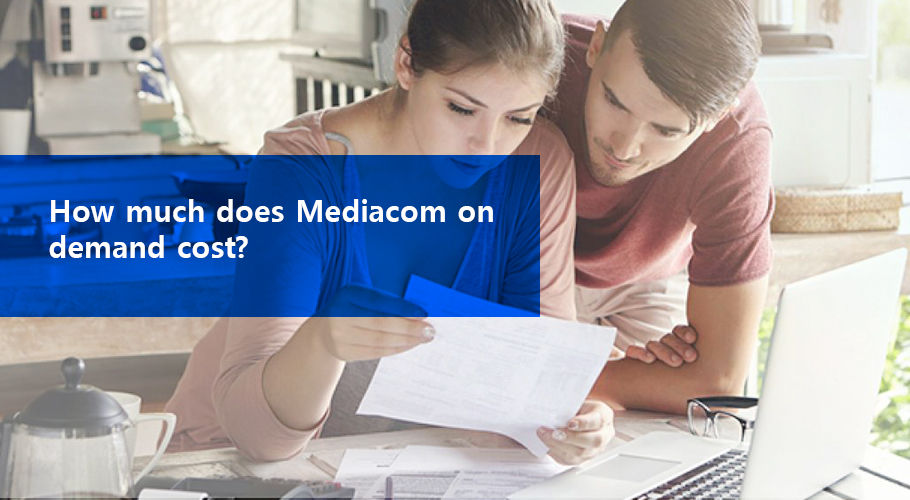 With an endless amount of chores looming behind us, taking out time to watch TV can become a difficult thing to do. This is the reason why most of the people don’t manage to fit some TV-watching in their routines and thus, they have to resort to On Demand streaming services. There is no denying of the fact that these on-demand streaming services have gained massive popularity. With these, people have been able to experience the ease of surfing through the content they prefer to watch, for a not so substantial monthly fee. Sounds like a catch, but hold on a second.

Will these on-demand services ever be able to top cable services? To some extent maybe, but deep down we all know how incomplete our lives would be without cable TV. Because, let’s face it, cable TV has evolved to a tremendous level. Now, it has enabled its consumers to get access to a number of channels, plus various other features. For example, Mediacom with its cable service has become one of the fore-runners for the plethora of services it offers. From internet to cable and digital phone, with Mediacom consumers are getting to experience low-costing services, without compromising over quality at all.

Mediacom is one of the USA’s leading internet service providers. Ever since 1995, the company has been tirelessly delivering digital TV, home phone, security, and high-speed internet access over coaxial cable and fiber-based networks across 20 states. Now, after 7 million satisfied subscribers and standing as the 5th largest residential cable provider in the country, Mediacom has one more thing that makes it stand out from the rest of the crowd – it’s feature-rich cable TV service.

Mediacom brings you TV bundles with a crème de la crème TV channel lineup, so you can have something to keep yourself fully entertained at your home. However, what good is a cable connection if does not let you watch your favorite TV shows and movies, to your heart’s content? Mediacom cable TV packages are anointed with the spectacular On Demand feature that lets you pick your favorite flicks, so you can have something good to watch whenever you’re bored.

Video On Demand – A Brief Visit to the Past

Viewers enjoy TV more when they can control what they want to watch and when they want to watch. The advent of Video on Demand dates back to mid-1970s, when audiences could record their favorite TV shows to watch them when their schedules allowed. Even though this sounds more like how DVR works, but to our surprise, it paved the way for what’s known as Video on Demand today.

Fast-forwarding to the current times, Video on Demand has become one of the mainstream practices of video content consumption and it’s only becoming more ubiquitous.

Mediacom Cable TV boasts an On Demand service that lets you access your favorite movies, TV shows, and documentaries, right from your remote control. What makes Video On Demand so great is the flexibility it entails. If there’s a show that you couldn’t watch due to your hectic work schedule, with Mediacom On Demand you can easily catch up with it as per your convenience.

Everything that you ever imagined on your cable TV service: the ease of hitting the pause button amid distractions, rewinding to watch your favorite scene over and over, fast-forwarding through the least interesting bits and re-watching, all becomes possible with Mediacom On Demand service. It’s like, your greatest wish of watching TV with ease and convenience has finally been heard.

What Makes Mediacom On Demand a Fierce Competitor?

Just when you thought that you’ve had enough reasons to fall for Mediacom On Demand service, we’re about to give you some more. Unlike other On Demand claimants that update their recently released On Demand movies and shows’ list rarely, Mediacom likes to do things differently. Mediacom On Demand list is not only a permanent home to some good, old classics, but also, you can easily find newly released movies just a few clicks away. Besides this, there are some other features that we’d like to shed some light on:

If you thought that On Demand is all about movies and TV serials that you could binge-watch, then hold on a sec! Mediacom On Demand offers you a library of TV shows ranging from mindful Yoga to cooking channels, so, you can have a little bit of everything to enjoy.

Plus, if you’ve subscribed to a premium service with Mediacom cable, such as HBO, then you’ll even have access to its original titles and that too On Demand.

The content that you can access through Mediacom’s channel lineup is free of cost. This is inclusive of all the premium channels and the content they air. However, if you plan to watch a movie On Demand, then that would cost you $3.99 per selection, which is still less relative to conventional rental services.

What Makes Video On Demand Worth Your Shot?

Mediacom On Demand lets you watch TV like a true Boss – literally. It gives you full control over what you want to watch for the next 24-hours. Plus, what makes it even better is that it lets you rewind your favorite part, fast-forward the boring one and pause your TV while you quickly go and grab a snack from the kitchen. Talk about true convenience.

Mediacom On Demand has added ease to watching TV. Gone are the days when you had to put up with content you didn’t want to watch, because now, with Mediacom you can handpick your favorite TV shows and also have full control over other features.

How to get Mediacom On Demand service?

To watch your favorite TV shows and movies using Mediacom On Demand, simply click on On Demand button on your remote control.

How much does Mediacom On Demand cost?

Mediacom’s channel lineup is free of cost including premium channels. However, if you plan to watch a movie On Demand, then that would cost you $3.99 per selection. To know more about Mediacom On Demand service, contact 1-855-349-9315.