Keep the Halloween Spirit Alive This October With These Movies on Your Watch List! 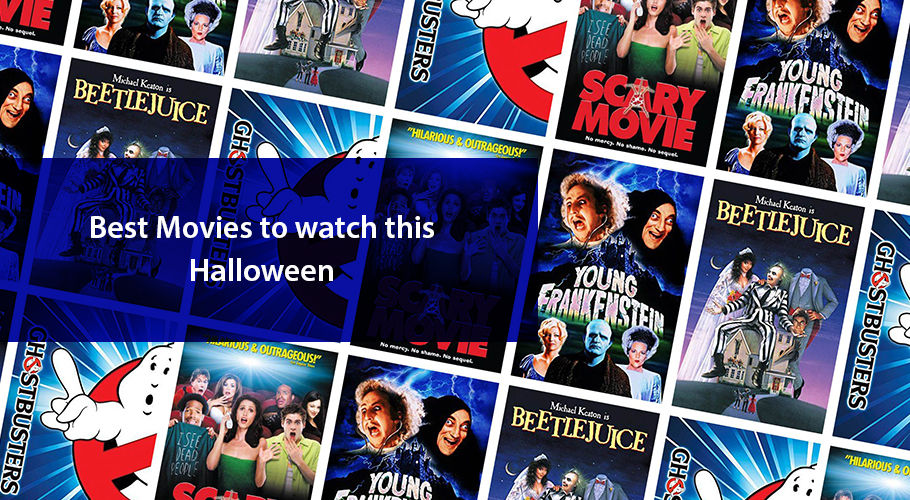 But here lies the dilemma. The horror film genre comprises countless brilliantly ghastly movies as well as mildly scary and mellow picks. Picking out the best ones will take up a huge chunk of your time, not to mention the amount of effort you’ll have to put into filtering and finding a worthwhile movie on cable TV channels or streaming platforms. This is why we’re here to save the day!

From blockbusters and classic monster films to horror comedies and children-friendly scary movies, we’ve rounded up the best horror flicks you must watch this October to keep the Halloween spirit alive. Check them out!

The tale is set on Halloween in Salem, Massachusetts, involving three witch sisters, played by Bette Midler, Sarah Jessica Parker, Kathy Najimy. One night, Omri Katz takes his sister trick or treat, only to end up at the Sanderson cottage, the home of the three witch sisters. His curiosity leads him to light up the Black Flame Candle, which inevitably resurrects the three witches after 30 years just in time for Halloween! To survive, these witches must do anything and everything, even if it means sucking the soul out of little children.

If there’s any Halloween film that will definitely queue up your October watch list every year, it has to be Hocus Pocus. The whimsical Disney classic is the perfect Halloween movie you can watch with your family every Halloween season and never get bored!

The plot revolves around 4 curious Midwestern teenagers in Springwood, who are tormented by a disfigured and scarred killer, who invades their nightmares. The razor-clawed killer, Fred Krueger, is keen on seeking revenge from the children of those responsible for his violent death – by killing them in their sleep. There’s only one way to survive – to never sleep again.

Nancy Thompson, played by Heather Langenkamp, plots to uncover the identity of this burned man and call him out in the real world to stop him, for once and for all!

You know it has to be a really good movie if it has a television series, a six-sequel franchise, countless knock-offs, and a crossover with Friday the 13th, launched by its release years ago! This classic slasher horror is bound to keep you on the edge of your seat till the very end.

The story begins in 1957 with a young boy’s death. Jason faces a painful death when he drowns in the cold waters of Camp Crystal Lake. Following the incident, two camp counselors are murdered the following year. The camp’s opening was thwarted then because of dangerous fires and infected water. Fast forward to 1980, Steve Christy, the owner, decides to reopen the summer camp with the help of some counselors, ignoring the dangers lurking around and countless warnings. One by one, the counselors come face to face with their fate and get murdered by a mysterious and merciless killer.

There’s no turning back from the film that perfectly defines the American horror film genre. We warn you, hockey masks will never be the same for you after watching this grisly flick.

Karen Barclay, played by Catherine Hicks, buys her son Andy a Good Guy doll for his sixth birthday. But little does she know, the doll is possessed by an infamous serial killer known as Charles Lee Ray, played by Brad Dourif, so he can continue killing people from beyond his grave.

The doll, Chucky, has the urge to kill somebody and goes on a killing spree. Andy may know the terrible truth about his Chucky doll, but will anyone believe him before it’s too late?

The movie starts slow but turns into a roller-coaster ride when you’re least expecting it! Whenever you ask a film critic about the best horror movies of all time, Child’s Play is sure to be on that list. You can’t miss out on this suspense-filled gruesomeness.

Young couple Katie and Micah move into a new home and document their everyday life with a video camera. Little do they know their precious little world is also invaded by a dark presence? After a couple of strange incidents take place, Katie confides in Micah about being haunted since she was a child, and senses the dark entity has followed her to the new house and is haunting the couple. Micah decides to set up his video camera in their bedroom to record any unusual activity overnight. What they find on the tapes the next day is horrifying.

If you’re a fan of real-world horror stories, you’re definitely going to love this one! The faux-documentary angle, the jump scares and the suspense will keep you glued to your seat till the very end!

Jack Nicholson is a recovering alcoholic, who is hired as a new caretaker at the isolated Overlook Hotel while it closes down for the winter season. The manager, Stuart Ullman, reveals to Jack that the former caretaker killed his family and then committed suicide at the hotel premises.

The head chef tells Danny, Jack’s son, about the psychic ability called The Shining’ as Danny suffers from premonitions and seizures. He warns Danny about the hotel’s ‘shine’ and that he should stay away from the abandoned rooms, particularly room number 237.

Not long after, Jack is failing to overcome his agonizing writer’s block and slowly losing his mind in the suffocating hotel, while facing cold snowstorms that never seem to stop and dealing with ghostly figures. Will Jack give in to the malevolent ‘shine’?

The horror film genre is mostly focused on delivering predictable jumpscares and dragged-out storylines, but The Shining debunks all those stereotypes. Stanley Kubrick did justice to Stephen King’s incredible novel. Known as one of the best-made films of the ’80s, The Shining deserves a spot on your list this Halloween season for sure!

Get a TV Subscription and Enjoy!

From the jump-out-your-skin horror flicks to the mellow and milder picks, all you need is some nicely buttered popcorn, this list, and a decent TV subscription like that of Mediacom, Spectrum, Cox, or DIRECTV, to keep the Halloween spirit alive at home!

Streaming platforms also offer horror flicks, but the limited choices over there are not enough to fulfill your entertainment hunger. With a TV subscription, you not only access hundreds of TV channels that run movie marathons complementing the ongoing season but thousands of on-demand titles along with premium networks.

So instead of subscribing to multiple streaming platforms, subscribe to an all-in-one TV subscription that will entertain you and your family during every season. You may check out the BuyTVInternetPhone site for the list of service providers and plans available in your area, or call 1-855-349-9328.

Picking out the best Halloween movies and finding them all in one place will take you an eternity – it’s a good thing you came across this article at the right time! Whether you’re in the mood for a spooky night in or want to spend a goofy Friday night with your friends, this list has it all! And oh – don’t forget to lock the doors before tucking yourself in bed after watching these.