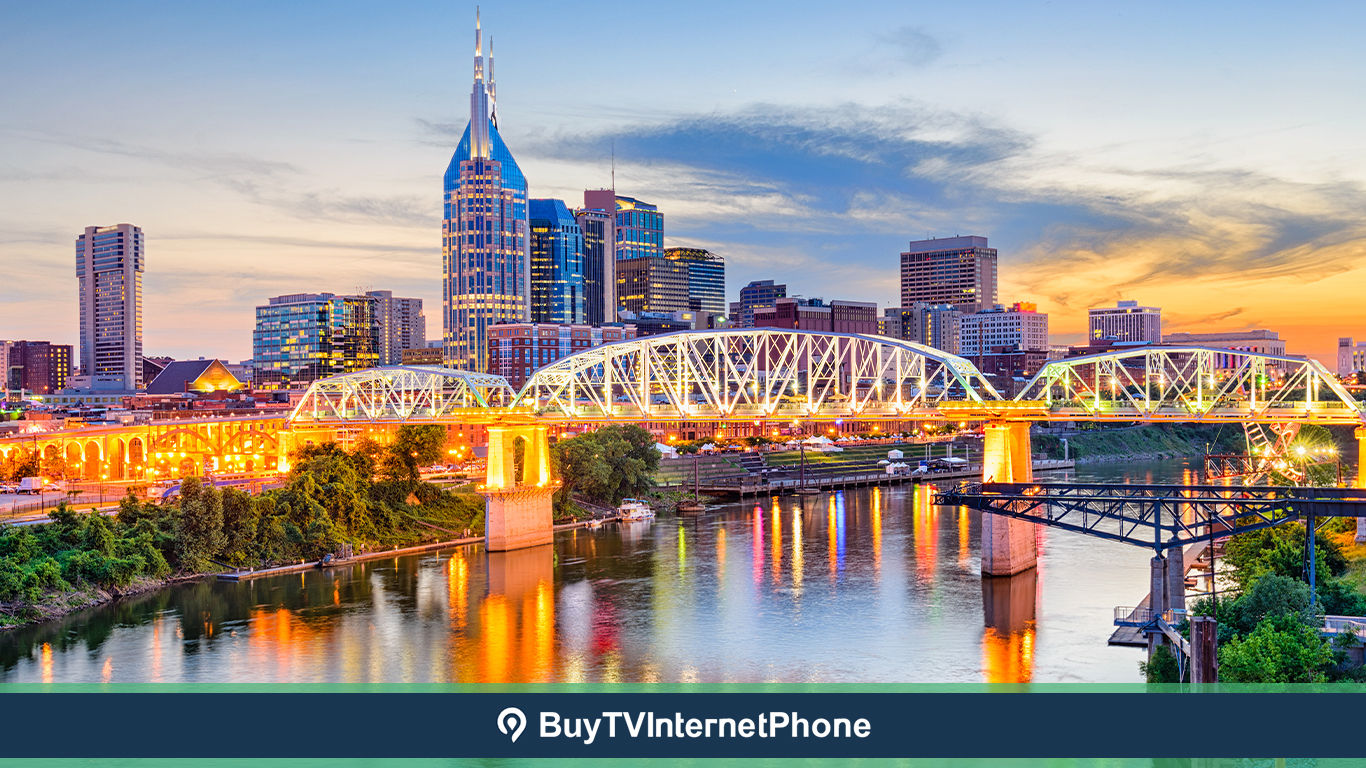 Nashville, also known as "America's Music City," is the 19th-most connected city in Tennessee. Nashville's internet ranking outperforms surrounding cities like Hermitage, Antioch, Whites Creek, Madison, and Old Hickory, which is credited to the city's constantly expanding population of up-and-coming artists, students, and young families. So finding the best internet provider in Nashville, TN doesn’t have to be a mission.

Despite the fact that 7 residential internet service providers are operating in the city overall, Xfinity, AT&T internet, and AT&T Fiber have the best coverage, followed by Spectrum. We'll also go into great detail about the services, plans, and perks that these popular ISPs offer Nashville residents. Let's begin!

It's no news that AT&T is a popular choice among most Americans given that it's one of the biggest internet service providers in the country. The household favorite provider offers wireless, internet, phone, and cloud solutions to residents and businesses in over 21 states. Nashville residents are lucky in this case because AT&T in Nashville, TN covers up to 96.5% of the city and powers residents with 100% pure fiber-optic internet services that are as fast as 5000 Mbps.

All AT&T internet plans come with unlimited data allowances.  AT&T Internet plans with speeds of up to 75 Mbps come with a data cap of 1 TB which can be a bummer, but the provider makes sure to compensate for it by offering unlimited data with its Fiber plans and AT&T Internet 100. But there's a catch – AT&T Fiber-to-the-Home connection isn't widely available to everyone. The availability of AT&T's multi-gig fiber plans, which have speeds of up to 5000 Mbps, is rather limited, but can be found at your address if you're lucky enough!

Nashville residents can also make the most of AT&T's strong hybrid IPBB connection which delivers speeds up to 100 Mbps and offers a generous data allowance. Plus it's also more widely available than AT&T Fiber plans, which makes a fast and reliable internet service even more accessible at your address.

We’ve rounded up the most popular AT&T internet plans amongst Nashville residents in the table below. Check it out!

AT&T Internet plans come with value-added perks that include:

Call 1-855-925-2541 and get in touch with AT&T customer service to learn about available AT&T internet plans in your area!

Spectrum services are available in more than 40 states across the country.  Although its footprint only covers 31% of Nashville, it is still a popular choice among locals. Spectrum in Nashville, TN offers voice and cable TV in addition to quality broadband services with hybrid fiber-coaxial connections that deliver speeds as fast as fiber at the price of cable.

Spectrum is renowned for its fast and reliable cable internet services, which guarantee download speeds of up to 1000 Mbps with no extra or hidden fees! Being a Spectrum subscriber also means you never have to pay a single penny more for exceeding the data limit – all three Spectrum internet plans come with unlimited data!

Spectrum Internet Gig is perfect for households whose internet usage looks something like this –scrolling endlessly through social media, streaming HD movies and shows on multiple devices simultaneously, downloading large files, and gaming online all night.

We’ve highlighted the three different speed tiers offered by Spectrum in the table down below. Check them out.

*For 12 months plus taxes

99% of Nashville is primed for high-speed internet thanks to Xfinity, which also offers a variety of plans to satisfy the needs of all types of internet users in the city. To make the most of discounted internet deals, you can sign a 12- to  24-month contract with Xfinity or settle with a month-to-month payment at a rack rate.

Xfinity in Nashville, TN lets you stream your TV favorites without buffer, play multiplayer games with your friends online without lag, work productively for long hours without interruption and download large files without any slowdowns! Moreover, you get free access to over 20 million Wi-Fi hotspots which helps you not only save a ton of mobile data but also stay connected on the go with a secure and fast internet connection!

But, it all comes with a downside - Xfinity internet is capped at up to 1.2TB per month. However, that's enough data for typical household usage so you don’t need to worry about hitting it and paying an extra penny every month unless you’re a power user.

One of the best things about Xfinity, undoubtedly, is its variety of plans and speed tiers to pick from. Customers never have to settle for a speed that is too fast or too slow for their online needs.

Choose the speed that fully satisfies your digital needs within your budget by taking a look at the most popular Xfinity internet plans in the table below.

* for the first 12 mos. with a 1-Year Agreement. Includes $10/mo. auto payments and paperless billing discount

You get so much more than just fast speeds with Xfinity!

Reach out to Xfinity customer service at 1-844-207-8721 and find out about available Xfinity internet plans at your local address.

All Set to Make Your Pick Now?

If you have done your homework, finding reliable internet services in Nashville won't be as tough as it can be. The range of services offered by internet providers in Nashville, TN is extensive.

We have provided you with the most relevant information about the top 3 favorites in the region and now that you know everything you must about worthy internet service providers in Nashville, TN, it’s time to make a choice! Simply start with an honest assessment of your family's internet needs, create a brief list of your available options, weigh them, and make your decision.

If you’re still unable to make a decision, call 1-855-349-9328 for more information, and learn about the available plans offered by the provider you like in your area.

Which internet service provider in Nashville, TN has the best coverage?

Xfinity in Nashville, TN has the highest coverage 99% followed by AT&T and Spectrum. You can easily find Xfinity internet plans at your address.

Which is the cheapest internet plan in Nashville, TN?

Xfinity internet would be your best bet if you’re looking for the cheapest internet plan in Nashville. It delivers up to 50 Mbps of download speed for only $30.00/mo.

Is Spectrum available in Nashville, TN?

Yes. Spectrum internet plans can be found in Nashville, even though its coverage only expands to 31% of the city. 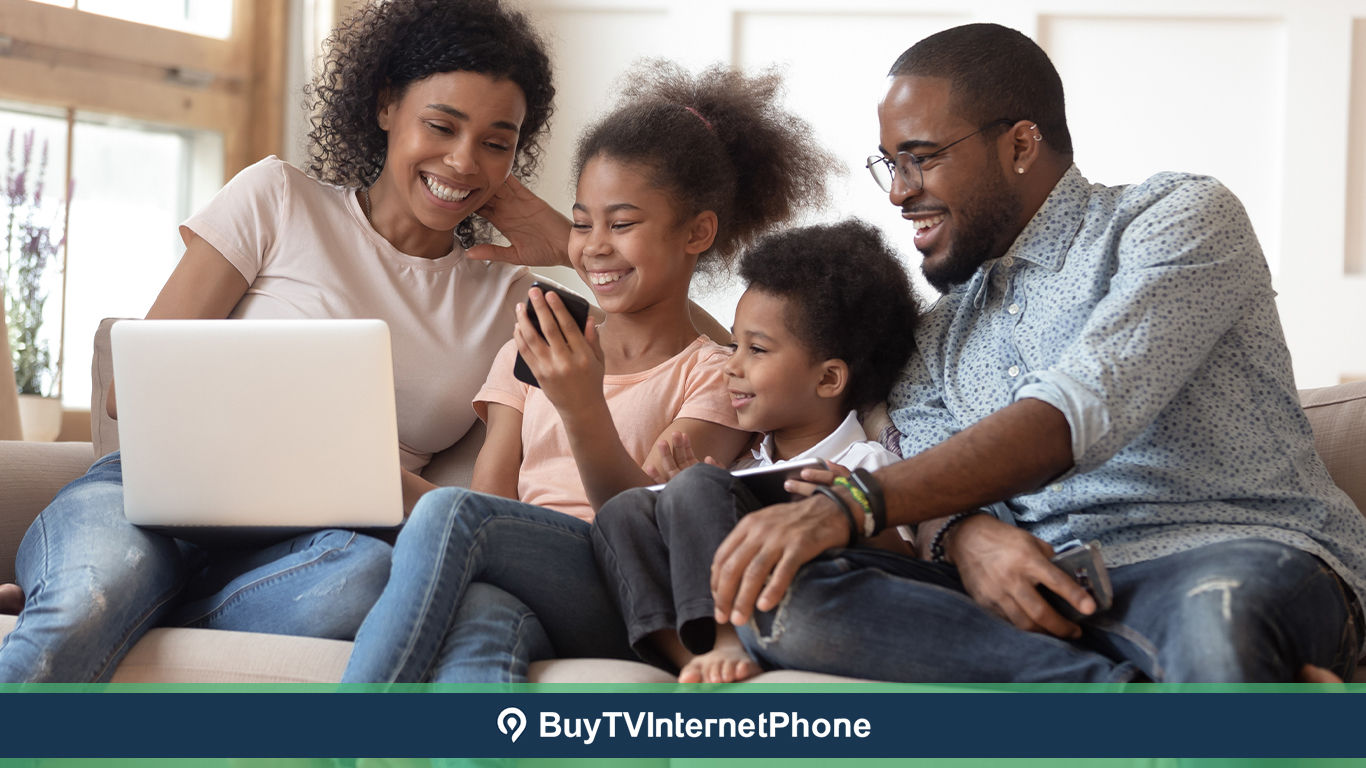